This Week in Sharing: Alternatives for Cities and Currencies - Shareable
Skip to content 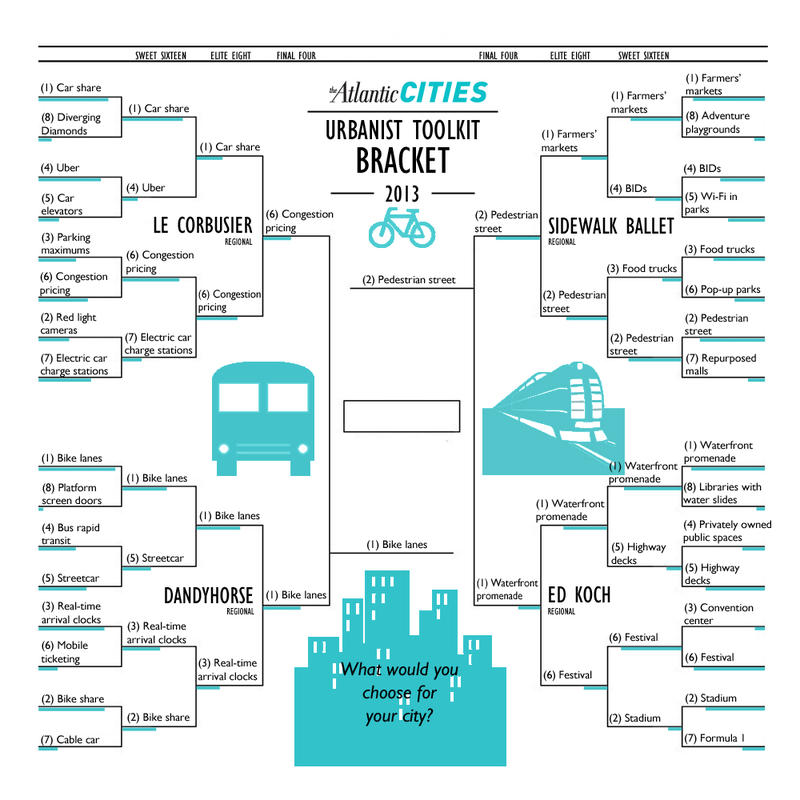 From The Atlantic Cities: "That's the nature of an elimination tournament: two urban design features enter, one urban design feature emerges victorious. The concept so rankled one reader that he developed an intricate system of 'power ratings,' over at his Dallas-Fort Worth walkability blog, to supplement what he disparagingly referred to as a popularity contest. (It is irrefutably that.) With metrics like 'Value Created,' 'Costs Associated,' 'Net Linear Weighting,' and 'Net Exponential Weighting,' he concluded that a highway tear-out would be preferable to all 32 of our entries." 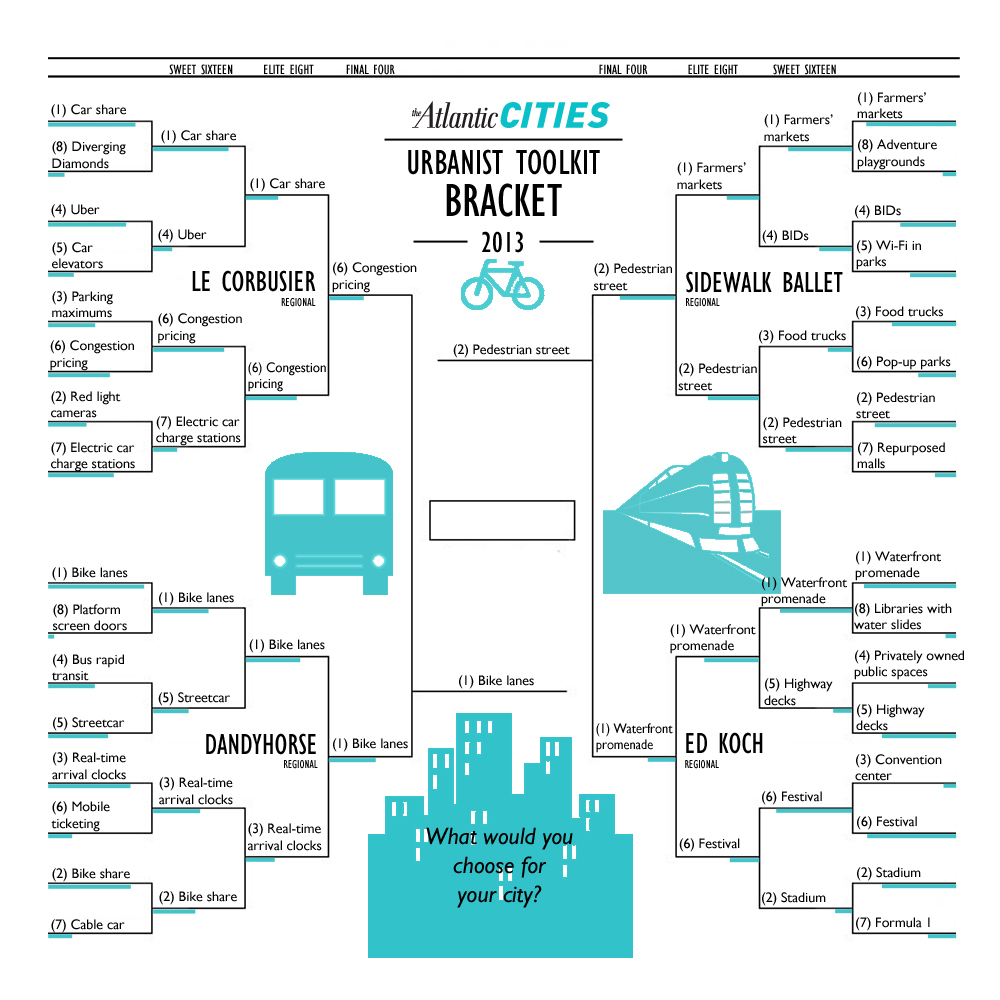 From Co.Exist: "… as part of a tournament thrown by Co.Exist that pitted some of the country’s preeminent urban thinkers against each other in a city building tournament … Co.Exist and Greg Lindsay–the co-author of the future cities book Aerotropolis and Co.Exist contributor–assembled six teams of urban think tanks to pit their planning chops against each other in the new version of the city planning game. The thought was that coupling the players’ collective genius with SimCity’s planning dashboard would result in a vision of a potential urban future, a blueprint for the future of cities. That would not turn out to be the case."

From Streetsblog: "People in Indianapolis have spent years developing a plan to dial up the region’s transit service and help the relatively sprawling metro sustain investment and quality of life in its core. But this week, the plan hit a snag in the State Senate, where a committee basically voted to sit on the measure all summer. (The story even features an appearance by notorious anti-transit charlatan Randal O’Toole.) While the vote was disappointing, the fight isn’t lost." 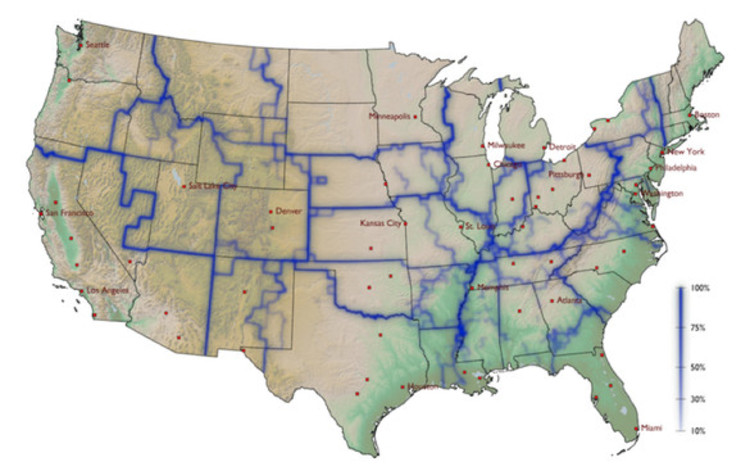 Theoretical physicist Dirk Brockmann used the dollar bill tracking site Where’s George to see how money moves, and create new state boundaries based on our economies. The darker the blue lines, the less likely it is a dollar bill will have crossed it.

From Co.Exist: "[Physicist Dirk] Brockmann has, in fact, used the dollar bill data to reveal certain 'essential properties' (specifically, that our travels follow a Power Law), and also to model the Swine Flu epidemic. But one of his coolest research projects is his work on 'effective boundaries.' … Brockmann took data for how the dollar bills traveled, and used network theory to draw lines where dollar bills are less likely to cross. … The resulting map shows how 'effective communities' don’t necessarily follow state lines."

From Bloomberg BusinessWeek: "One of the oddest bits of news to emerge from the economic collapse of Cyprus is a corresponding rise in the value of Bitcoin, the Internet’s favorite, media-friendly, anarchist crypto-currency. In Spain, Google (GOOG) searches for 'Bitcoin' and downloads of Bitcoin apps soared. The value of a Bitcoin went up to $78. Someone put out a press release promising a Bitcoin ATM in Cyprus. Far away, in Canada, a man said he’d sell his house for BTC5,362."

From The Atlantic Cities: "Early last year, the Federal Railroad Administration launched NEC FUTURES — an effort to plan out the passenger rail investments needed in the Northeast Corridor through 2040. This week it released a short list of ideas [PDF] for improving the region. FRA is calling these 15 ideas 'Preliminary Alternatives,' whittled down from a larger basket of about a hundred. The next step is an even smaller set of 'Reasonable Alternatives,' and by early 2015 the administration is expect to arrive at what it may well call a 'Single Alternative,' but what the rest of us will probably just call a decision."