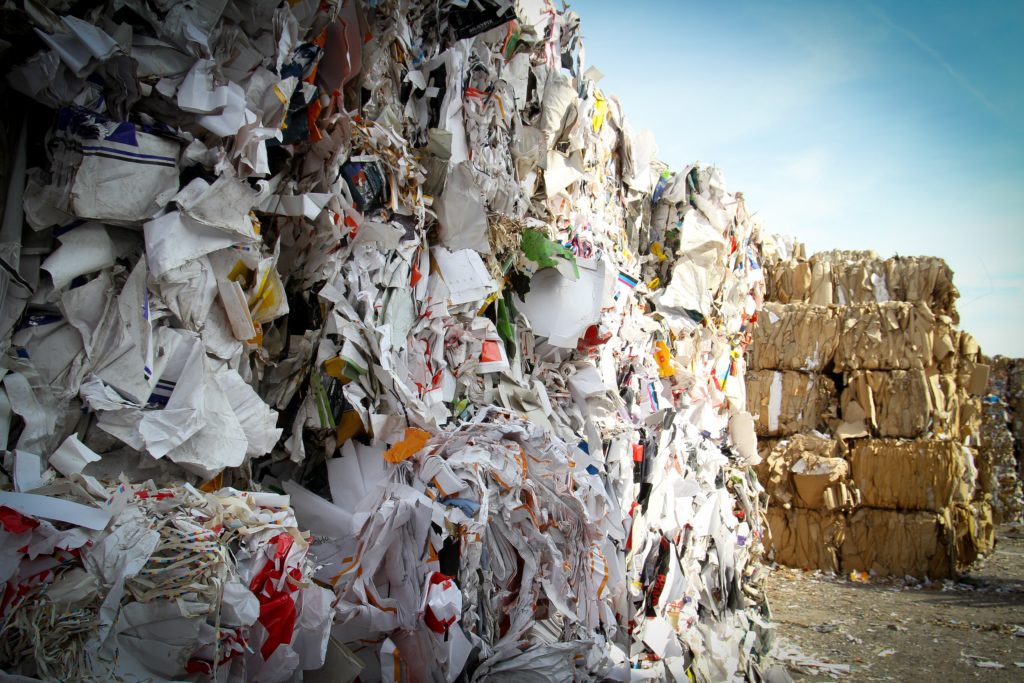 Waste is an immense global problem. Cities play a key role in generating much of this waste. According to the World Bank, cities across the world produce approximately 1.3 billion tons of solid waste annually, and this is projected to increase to 2.2 billion tons by 2025. The negative side effects of the current levels of waste generation range from environmental pollution to public health crises.

Nothing is wasted in nature. Natural ecosystems absorb organisms at the end of their life cycle as nutrients that are used to feed other plants and animals. A paradigm shift is needed in city policies and community initiatives to turn waste into a useful resource. Key to this is the idea of the circular economy, an upstream solution that envisions a continuous and positive development cycle that preserves and enhances natural capital, optimizes resources, and minimizes waste generation, as per the Ellen MacArthur Foundation, an organization based in the U.K. which promotes the circular economy. The basic principle of a circular economy is that there are infinite possibilities of reusing what has already been produced. It is a way of thinking that promises to push manufacturers further in conceiving their products in entirely different ways. From a circular economy perspective, materials and products are created to eventually become something else. Waste is reconceived as a resource and not as something to be thrown away.

Zero waste is an important related theme and many cities have developed long-term strategies to embrace this idea. The Zero Waste International Alliance defines zero waste as a goal to “guide people in changing their lifestyles and practices to emulate sustainable natural cycles, where all discarded materials are designed to become resources for others to use.” One of the biggest novelties introduced in many zero-waste regulations is the recognition of waste prevention as the area with the biggest potential. In fact, turning the traditional waste hierarchy pyramid on its head and prioritizing prevention is one the biggest successes of the diffusion of the zero-waste approach.

When cities formulate waste policies they often fail to factor in the potential for grassroots initiatives and the positive participation of local communities. It is important for cities to be bold in their support of community-led solutions and allocate budgets towards initiatives that can demonstrate a track record of success. Recognition and policy support for food waste reduction, community composting, the repair movement, and other waste prevention solutions can bring together a more diverse group of stakeholders to achieve collective impact. This has the potential to move cities along a different trajectory where zero waste and resource recovery and prevention become the key priorities. This requires a new social contract between cities, citizens, and state and local institutions that is based on mutual trust, innovative thinking, and open participation to achieve shared goals. —Darren Sharp and Marco Quaglia

The Danish Stop Wasting Food movement (“Stop Spild Af Mad”) has grown from a small Facebook group, started in 2008, to become the country’s largest nonprofit consumer movement against food waste. Set up by consumers, for consumers, Stop Wasting Food is a nongovernmental organization that has constructively shaped public opinion in its drive to prevent food waste. It seeks to increase public awareness and decrease food waste by organizing campaigns, mobilizing the media, and encouraging discussion, debate, and public events. Stop Wasting Food is empowering consumers to take action and launch individual initiatives, such as using leftovers, shopping prudently, and donating surplus food to homeless shelters. The movement inspired the Danish retail chain Rema 1,000 to drop quantity discounts in all its local chain stores. It also led to the wide adoption of doggybags to be made available for customers to take away leftover food in Danish restaurants.

The country’s biggest retail chain, Coop, signed the Food Waste Manifesto — a pledge to reduce food waste in all its stores by 10 percent over a two-year period. Denmark’s food waste has fallen by 25 percent since 2010, the largest reduction of any country in the EU. Learn more at Think.Eat.Save. —Darren Sharp

Resource Work Cooperative is a nonprofit, self-funding worker’s cooperative based in Hobart, Tasmania. Resource has a number of business arms that support its goals of reducing waste, creating jobs, and promoting waste minimization in the community. It has been running since 1993, and now employs around 30 people — all of whom are in charge of governing and operating the business. Profits are spent on creating new jobs, investing in the cooperative’s future, and donating to worthy causes. Their Tip Shop sells reusable and recycled goods directly salvaged from the nearby waste dump, from which they gather materials four or five times each day. The Community Pick Up Service provides a free collection service from residential and commercial areas to reclaim more reusable goods. Art From Trash is a popular annual exhibition of art that is produced from discarded materials. Finally, the Reuse Education project provides engaging, practical workshops for people of all ages, demonstrating the limitless potential of creative reuse and recycling. —Darren Sharp

As organizations grow in size, it becomes challenging to determine opportunities for staff to shift surplus items around to meet equipment needs, so what often happens is new goods are bought and old goods are thrown out needlessly. Warp It Reuse Network is a software service that creates internal marketplaces within organizations to make it easy for staff to get, give, and loan surplus stationery, furniture, and other equipment. Internal marketplaces can “friend” each other and trade assets across organizational boundaries, reducing waste and procurement demand. This creates a regionwide network where the life span of goods is extended and new purchases are reduced. In the U.K., Warp It is used by over 50 percent of universities, 20 percent of health care, 30 percent of city councils, and 50 percent of Central Government Departments. Due to its success, it has also been launched in the U.S. and Australia. —Darren Sharp