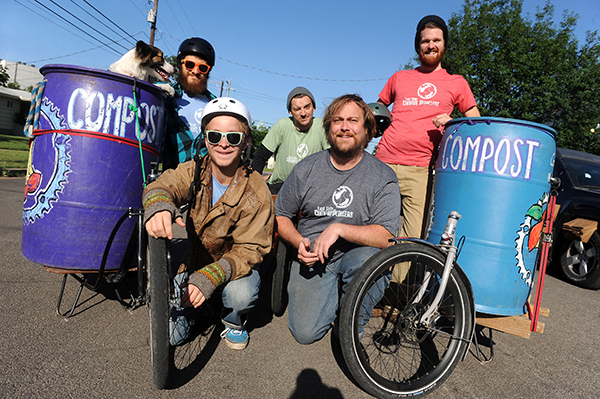 On the east side of Austin, Texas, on most days of the week, guys can be seen pedalling weird-looking bikes around Hyde Park, Cherrywood, Mueller, Windsor Park, East 11th, and Holly Street. Meet the East Side Compost Pedallers. They pick up "scrapple" — food scraps — from registered homes and businesses then pedal it out to more than a dozen nearby farms and community gardens.

In fact, food waste accounts for about 30 percent of all household waste. Compost Pedallers understand the value of keeping that precious resource out of the landfill and in the closed-loop cycle of life that turns the scrapple into good soil that grows food. The Blue Dahlia Bistro has been working with the Pedallers for over a year and has composted around 1,000 pounds of food waste. That's a lot of scrapple! 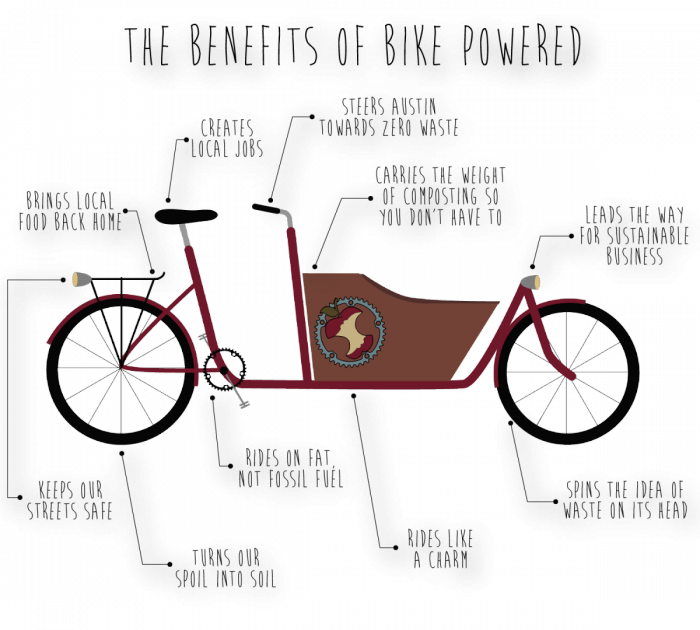 As a 100 percent bike-powered operation, not only do the Compost Pedallers preserve the environment with their end-game, but their means to that end are also thoroughly sustainable. Outfitted with four 32-gallon bins, each trike can carry up to 800 pounds of scrapple — so long as the legs that pedal it can keep up.

On top of all that goodness, the Pedallers get everyone involved, polling neighborhood residents to determine which areas they should serve. They even have a rewards program — the Loop — which lets composters earn points that can be traded in at local businesses for free coffee, yoga, and more. Talk about community organizing!