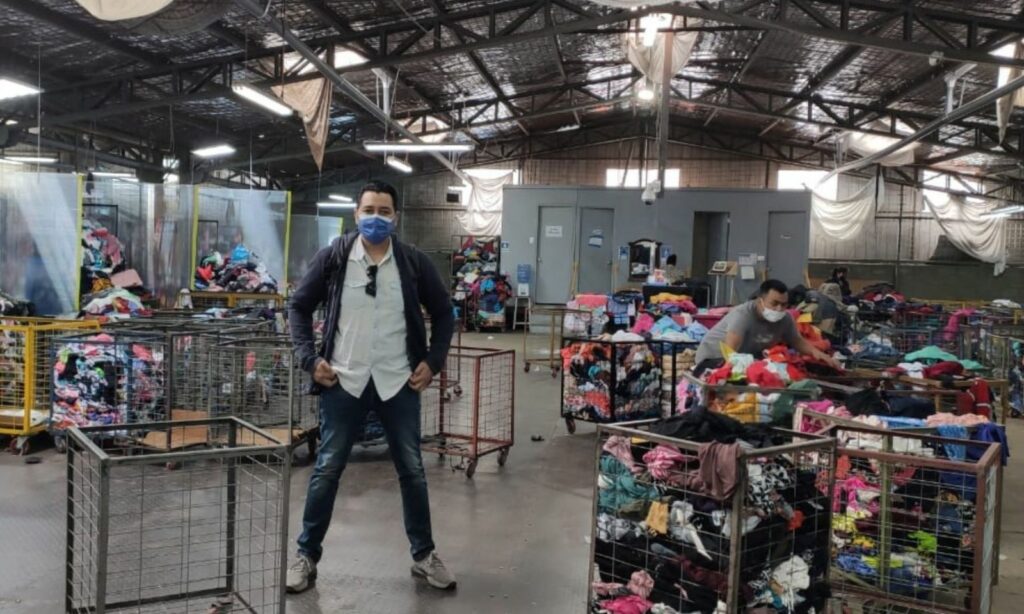 60,000 tons of used clothes decorate the Atacama Desert in Chile, becoming the backyard scenery in the north part of the country. Mountains and mountains of textile pollution is what the neighbors of these areas see every day, everywhere.

Chile is home to one of the most arid deserts in the world: the Atacama. Almost 1,000 miles long, you can find several cities with great mining, port, and industrial activity. But, this once beautiful desert is now polluted by tons of used clothes — the remnants of an international fast fashion industry.

The used clothes come mainly from the United States, Asia, and Europe. Most of them are no longer able to be sold in these countries but still arrive at the port in Iquique, Tarapaca Region, specifically to “Zona Franca” to be reviewed again. From those tons of clothes that arrive, only 10% are commercialized in Chile. The rest goes directly to the desert.

Textile waste is “trash that can’t be trash”. According to the current law in Chile, this kind of waste cannot be disposed of in public dumps. For this reason, it ends up in the desert, where there’s no regulation — a no man’s land. This kind of waste mainly accumulates near the city of Alto Hospicio, where you can find around 60 thousand tons of clothes destroying the desert soils, affecting the ecosystem, and polluting all the area.

At first glance, you can see that Alto Hospicio is a difficult city to live in. It’s an area that has been affected by natural disasters and pollution, a reality people deal with every day. According to the Supplementary Survey of Income, half of the population has an income of less than 251,127 CLP per month ($308 USD).

In 2020, the CASEN Survey showed that Atacama Region has a 14% poverty rate, and 5.5% are living in extreme poverty. Due to the low incomes, the houses in the area are very precarious — they are simple wooden structures, many of these houses are built by their own inhabitants, and the desert is a hostile place to live with varying temperatures.

This housing problem has been going on for at least 40 years and is worsening as the population grows. In Chile, the social policies to improve this problem depend a lot on the State and regional resources, so there is little hope that the situation will improve, a problem intensified by the arriving textile waste. This has generated social discontent and an even greater feeling of vulnerability and abandonment in the inhabitants of Alto Hospicio.

According to the UN, the fashion industry is one of the most polluting in the world, being responsible for 20% of the total waste globally. The pollution produced by textile waste is not regulated in Chile yet. Therefore, our only has been to watch tons and tons of clothes accumulate in the north of the country, specifically in Alto Hospicio. However, a solution has emerged thanks to a company: EcoFibra. Now the people from the city are starting to change their way of living.

EcoFibra: More than a Solution for Secondhand Clothes

The “mountains of clothes” phenomenon has been occurring for the last decade. A few years ago, it got the attention of Franklin Zepeda, founder of EcoFibra Chile. Zepeda searched for a method to recycle this waste.

For many years, and using his own resources, Zepeda researched and traveled around the world in order to find an efficient option for recycling textile waste, until he found an opportunity in the housing construction industry.

This has the potential to solve two problems at once in the region: lack of reliable housing and mountains of trashed clothes.

How did he do it?

Franklin Zepeda already had an idea of the huge amount of textile waste that had arrived in Chile from different parts of the world. He worked for many years in Zona Franca, which is where all the bales of clothes arrive.

When he saw that they ended up becoming textile waste in the desert, he decided to create a business to use these clothes as raw material. His aim was always to recycle. But he also wanted to create a circular economy —improving not only the clothes problem, but also the quality of life for the Alto Hospicio residents.

“I researched about whether you could do something with textile waste in construction. After confirming that, I started to do my own experiments to develop these panels, compressing the textiles with homemade machines,” he says. Zepeda spent one year testing this until he obtained an actual product that could be certified by Chilean authorities. Then EcoFibra was born.

To date, EcoFibra has recycled around 4% of the discarded clothes on the mountain, and has big goals to continue on. EcoFibra’s strategic base has a triple impact — it’s an environmentally sustainable, economically competitive company with a social aim.

Our products are helping the environment, cleaning the desert, contributing to a circular economy, and helping people who need it. The most beautiful thing about a sustainable economy is to help people who need it the most.—Franklin Zepeda, Eco Fibra CEO

EcoFibra products are highly competitive in terms of quality and, above all, price. But despite that, the insulating panels produced by EcoFibra won’t change their price in relation to the market.

Zepeda’s big dream is to expand this solution to other places in Chile and the rest of the Latin-American region in order to protect the environment and improve the quality of life of those who are the most vulnerable.

Paz is a Chilean independent journalist, producer, and photographer, former editor of Radio Bio Bio TV and Co-director of the award-winning documentary "En la linea: the reality of poverty statistics in Chile". Her main interest is the field coverage and reporting social and cultural problems of underdeveloped countries around the world.
Follow her on Twitter: @pazfonsecafr