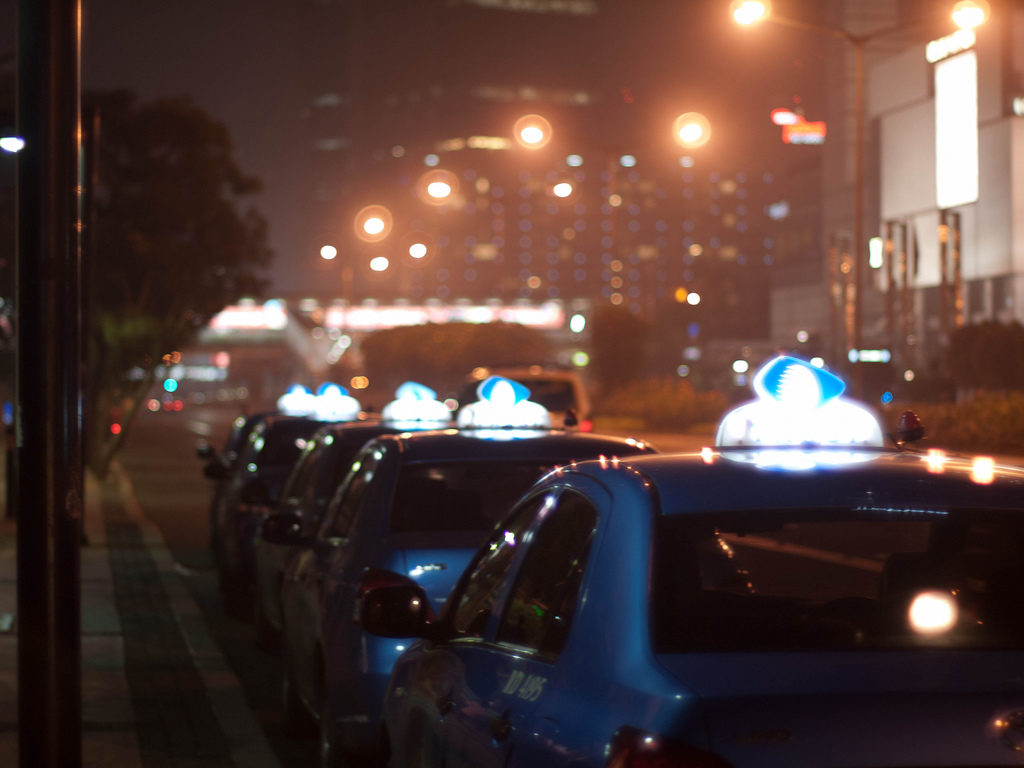 Indonesia’s capital city Jakarta has long been known for its efficient, clean taxis. On the city’s main thoroughfares, taxis make up approximately 20-30 percent of all traffic. While the city is in dire need to better mass transit, it was not — at least on the surface — ripe for transportation network companies and their Uber-style disruptions.

Yet in the past year, Jakarta has become ground zero for the battle between tech-based apps and traditional taxis, prompting the government to regulate ride-sharing companies.

In Aug. 2014, using nearly the same formula it has used to barge into markets all across the world, Uber entered Jakarta, followed quickly by regional competitor Grab, and a local start-up GoJek, a motorcycle-sharing app. For these companies, Indonesia — as the world’s fourth largest country and a rapidly growing emerging economy — provided fertile ground to grow their reach.

None faced the same regulations as the existing taxi companies, and Indonesians flocked to the new options for one main reason — price. For example, a typical taxi fare from Central Jakarta to the airport ran at about 200,000rp ($15). Uber offered passengers the same route for 80,000rp ($6), a substantial discount.

According to the main taxi industry group in Jakarta, revenue had fallen by 20 percent since transportation sharing apps entered the market, The Jakarta Post reported. For drivers, who lease vehicles from companies for a certain period, this meant they were no longer able to make enough money to provide for their families while paying off their leases. 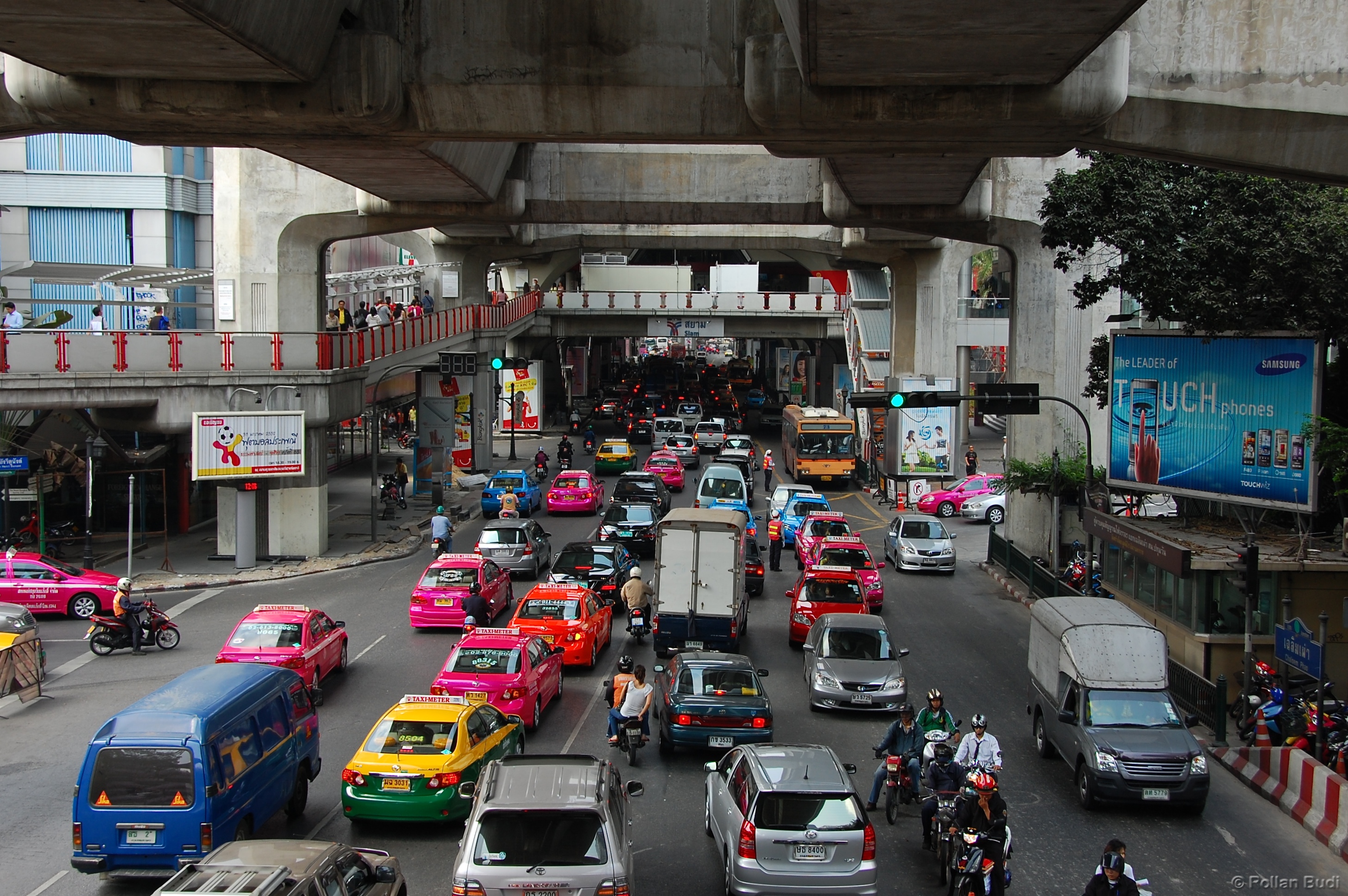 In March of this year, their anger boiled over. More than 10,000 taxi drivers went on strike and clogged up Jakarta’s main streets, creating miles of gridlock. Their goal was to block Uber and Grab, which they deemed illegal, unfair competition. The story went viral, with images of some drivers smashing windows and blocking traffic shared far and wide across Indonesian social media channels.

It worked, to some extent. Later that month, the government ruled in favor of the taxi industry and released detailed regulations a month later. Ride-sharing drivers could only use rental car companies and not private vehicles. Uber and Grab would have to pay taxes and partner with rental car cooperatives in the country. These are not worker-owned cooperatives, but merely partnerships with a licensed local rental car companies, with no requirement to share equity with drivers.

There’s a possibility that the days of Jakarta’s local taxis may become a distant memory since most local companies lack access to capital. But as we’re seeing in cities across the world, from Denver to Taipei, drivers, ride-sharing companies, and cities, are attempting to level the playing field by implementing collaborative decision-making processes to issue regulations and launching cooperatively-owned enterprises.

In Taipei, the hacktivist group gov-zero in collaboration with the Taiwanese government, launched vTaiwan, an initiative that crowdsources input from the public on various regulations. Last year, gov-zero solicited feedback on Uber regulations using a platform called pol.is from around 3,000 respondents. The survey set the stage for a live-streamed meeting this August with government officials and representatives from Uber, Taiwan Taxi, the country’s largest operator, and a Taipei-based taxi drivers’ association.

Meanwhile in Denver, taxi drivers banded together to form Union Taxi, a taxi cooperative. “Drivers are increasingly organizing taxi cooperatives for better pay and working conditions than what traditional taxi companies and Uber can offer,” Shareable’s Cat Johnson wrote, noting that this is now part of a growing trend.

Platform cooperatives, which are collectively owned and operated online or mobile platforms, are another emerging alternative. A platform co-op version of a ridesharing service integrates the values of a traditional cooperative into the website or app used to coordinate drivers and passengers. Modo, the carsharing cooperative in Vancouver, Canada, is an example of a platform co-op, but there are many others.

Even if a ride-sharing company doesn’t want to become a full-fledged cooperative, there are other ways to make the company more equitable, like the New York City-based startup Juno, which has reserved 50 percent of the company’s equity for drivers.

Without taking steps to make sure that wealth and ownership of these ride-sharing apps is distributed among drivers and users, it’s only a matter of time before a word San Franciscans and New Yorkers know all too well — surge — enters the Indonesian vocabulary.

Header photo of taxis in Jakarta by Flickr user Seiko