Former Cabbie: Ridesharing is the Future - Shareable
Skip to content 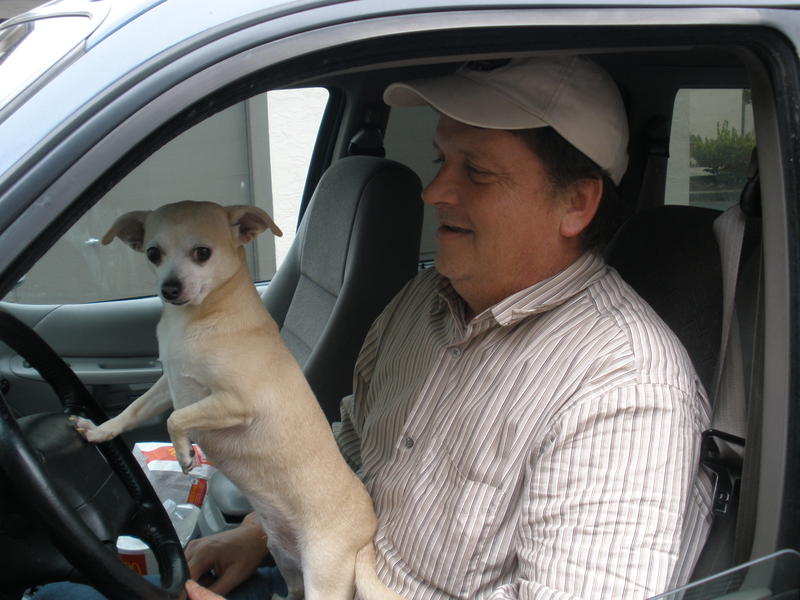 Dean Clark loved being a cabdriver in San Francisco. The tall, laconic ex-Marine would drive night shifts after teaching fulltime as a special ed teacher, and even kept it up while running for city supervisor.

But today, he swears by SideCar. Still active in the United Taxi Workers union and an advocate for cabdrivers, he has “switched over,” driving several hours a day for the rideshare service that has already shaken up transportation in this city and across the country.
Clark discovered the sharing economy after an on-the-job accident in 2010. The collison in downtown SF threw his cab 30 feet, broke several of his bones, and temporarily blinded him. The cab company had not installed airbags in his car, and he was uninsured. “The EMT driver thought I was done for,” remembers Clark.
Although Clark managed to finish his race for supervisor, he could no longer sit or stand for long enough to go back to driving, teaching, or his prior tech jobs. He had $100,000 in medical bills and an uncertain future. He now supports himself through a combination of car- and house-sharing, sleeps and works when he wants.
Clark started driving for SideCar, a ridesharing service based on a mobile app. It allows drivers to make extra cash by giving registered users of the service a ride on request. Clark jumped back into it with 12 hour shifts, overdoing it and hurting his back. “I was anxious and happy I could go back and do something,” Clark said. But it was worlds better than driving a cab.
“Driving a cab, I was robbed three times. I was shot at,” said Clark, who talked about transit while on the stump as a candidate. “The cab companies just treat you terrible. There were no airbags in my cab at the time of the accident. The seat belt was held together by a clothespin.”
In San Francisco and other cities, ridesharing companies like Sidecar and Lyft and the other, new mobile-enabled services like Uber have grown so much because they are offer better user experiences and meet unmet demand. San Francisco, where these programs have first flourished, is the “worst metro city in America to grab a cab”, according to a national dispatcher quoted in the San Francisco Examiner. A SFMTA study found that calls for taxis only get picked up 40 percent of the time.
On the other hand, the Sidecar model of ridesharing offers a rating system for individual drivers and can often tell you to the minute when your ride is arriving. Payment is accomplished on your phone with one click, and you decide how much to pay.
Technological change always affects government and policy, and transportation is no different. Most cities regulate commercial driving through taxi commissions, and the supply of cabs is limited to a point that purportedly serves both the public and the considerations of the cab companies themselves. As of Aug. 27, the waiting list to get a cab medallion in San Francisco is 1,439 names long.
This August, the California Public Utilities Commission issued cease-and-desist orders against SideCar and its ride-sharing competitor Lyft, saying that their drivers need charter carry permits, which would ensure they are licensed, screened, and insured. The cab commission in Washington, D.C. has tried a couple of times to shut down Uber, a mobile-phone limo service. In Massachusetts, the State Supreme Court issued a cease-and-desist order against then Ubercab – and Governor Deval Patrick overrode it. (They removed the word ‘cab’ from their name after the order.)
As Clark sees it, expanded ridesharing is simply addressing a lack in the city’s transportation system. The SFMTA is undergoing an independent review to see how the city’s transportation needs are being met, according to spokesperson Paul Rose.
“We are exploring our options in terms of policies addressing alternative ridesharing companies,” said Rose. “In the short term, we are focused on making taxi service better throughout the city.”
Rose said the MTA had taken recent steps to improve service and increase the pool of taxis: increasing temporary full-time taxis by up to 200, utilizing temporary taxi licenses during special events, allowing the option to pay by credit card, and making data available for application development.
In San Francisco, taxicab drivers “are worried about their jobs being taken away by this, which is not going to happen. They could just switch over to being SideCar drivers” like himself, says Clark. Clark thinks they would make more money; their schedules would certainly be up to them, even if they’d be responsible for vehicle maintenance.
With the amount of money at stake and the feuding interests of the cab companies, the rideshare companies, the city MTA, riders, and drivers, a showdown is inevitable. Clark says it’s needed, and that he is looking forward to telling his story.
“If you try to argue that taxis are less safe than Sidecar, then just look at me,” said Clark, moving to ease the back pain that lingers from his accident. “I’m the poster child.”