The Birth of a Data Driven Civil Society? - Shareable
Skip to content 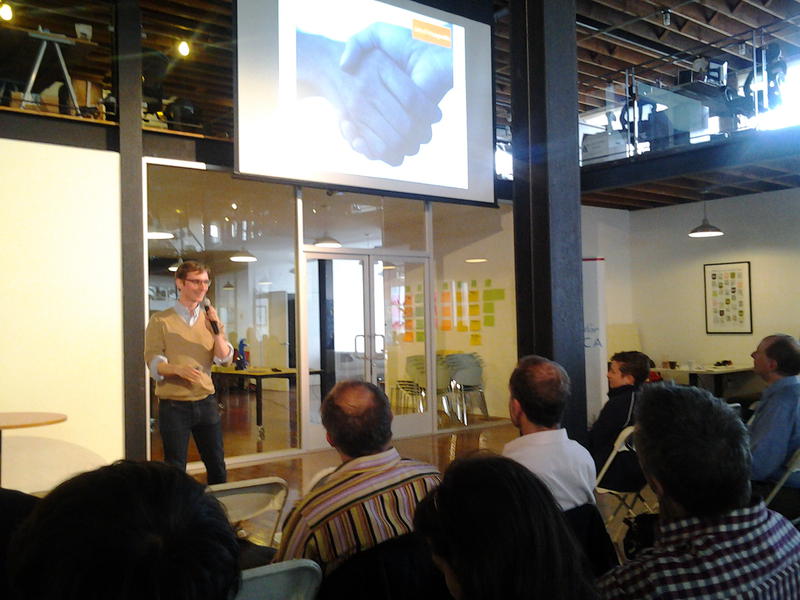 Jake Porway, founder of Data Without Borders, keynoting at Code for America's Big Data for the Public Good event last night said that we're at watershed moment – that the shift to a data driven society is accelerating. Soon it will be common to make life and public decisions using the vast amount of data that is being generated by our information driven lives and society. The data, technology, and skills needed to do this are becoming increasingly accessible which will enable even struggling communities to use data to make intelligent decisions for the common good.

But, we're not their yet, and hence the need for Data Without Borders. Porway noted that useful data, social need, and the skills needed to use data for good often live in different communities or organizations. Therefore, easily solvable social problems are left unsolved. Data Without Borders' fix for this is to "match non-profits in need of data analysis with freelance and pro bono data scientists who can work to help them with data collection, analysis, visualization, or decision support."

Data Without Borders is just one organization within emerging ecosystem of civic hackers including Hack for Change, International Open Data Hackathon, Random Hacks of Kindness, GovHack, Code for American, and more. Porway mentioned that the while there's a lot of activity, the results are uneven. For instance, the hackathon is a relatively new social form that only occassionally results in a transformational app after the typical weekend sprint. However, the race is on – both Code for American and Data Without Borders seem committed to getting the hackathon formula right.

Jennifer Pahlka, the founder and Executive Director of Code for American, noted in her introduction that her organization is helping to foster a third place, a place that's not work or home where citizens sharpen skills and contribute to the common good. Is the civic hacking ecosystem evidence of a new lifestyle where contribution to the common good is central?  Will there come a day when watching the Sunday football game is replaced by hackathon's and other creative civic happenings?

That may be a long way off, but hackathons are part of a new pattern that's clearly set and the incentives to participate are surprisingly strong. As Daniel Pink's book Drive makes clear, people are willing to take on demanding cognitive tasks to realize a deep human need for purpose, mastery, and autonomy. The success of open source software is based on harnessing this drive. Hackathons are powered by the same need, but address another deep need – belonging – through a face-to-face event.

Here are two hacks for good that Porway highlighted. These show what's possible when data is opened up and the right parties come together to create new insight and possibilities for positive change:

So what's next for this movement? What's next is you. Porway's call to action was to get involved. Porway asked the audience to think about how their skills could be applied to solving social problems with big data. Diverse skill are needed – coders, designers, data scientists, and organizers. And Pahlka encouraged people to join the just launched Code for America Brigade.

So come on in for a swim, the data is warm.