Civics, Sweat, and Open Data: A Recipe for the Future of Government - Shareable
Skip to content 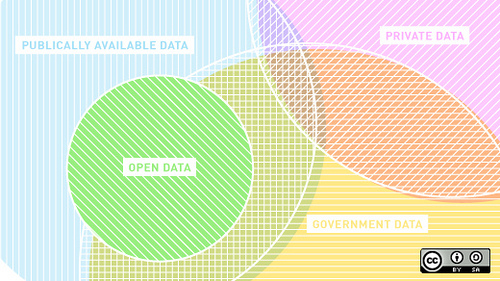 Our democratic system is based on the idea that citizens play an important role in how government decisions get made.

Without citizen participation, democracy doesn’t work. Our founding fathers were meticulously clear on this point. We must all share in the effort of making sure government works as we want it to, and assume the responsibility of taking action when it doesn’t.

"Those who expect to reap the blessings of freedom, must, like (citizens), undergo the fatigue of supporting it. "

In this statement, Paine admonishes those of us that want our communities and governments to work better that we need to sweat a little for it.

The insistence on public participation in government decision making sparked a revolution on this continent and spread democracy around the globe. Now, a new revolution is taking a hold that also has citizen participation at its core: open data.

Around the world, national, regional, and local governments are publicly releasing datasets previously only accessible to government employees. Even more striking, a growing number of these governments are formatting these newly liberated datasets specifically for software developers and technologists to use. 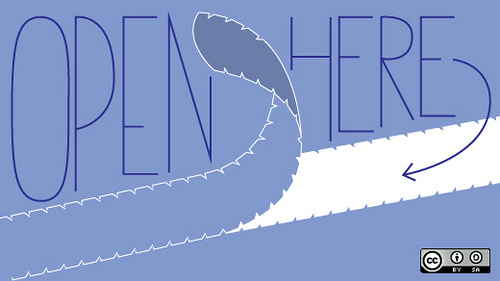 Consider how this new form of citizen participation has changed how we consume essential government information, such as transit schedules. It’s a safe bet that many commuters sharing a subway platform or bus stop are using one of the hundreds of software applications powered by open transit data, many of which were built by independent developers.

This isn’t your grandfather’s civic participation.

Citizen participation in the 21st century has come to mean developing mobile applications for finding social service programs, or reporting potholes, graffiti, and other kinds of non-emergency issues. And it’s all powered by governments releasing open data or exposing their heretofore walled-off backend systems to outside developers using standard interfaces.

Most people credit the inception of the open data revolution with the work of one city—Washington, D.C. And enterprising cities have remained at the vanguard of this revolution in the roughly three years since D.C.’s fittingly titled “Apps for Democracy” contest.

Cities such as New York, Philadelphia, Chicago, San Francisco are now showing us the road ahead, giving us a glimpse into where the open data revolution will take us.

New York, Philadelphia, and San Francisco have all adopted formal open data policies and Chicago has one in the works. All based, to a greater or lesser extent on the sample directive created as part of the Open Government Initiative.

Code for America has launched a new campaign called Open.Impact to support governments that want to adopt open data policies, which includes a public pledge to conduct business transparently and to publish open data. It provides tips for setting up and populating a government open data site, and techniques for citizens to lobby their representatives for more openness.

So what does the open data future look like?

The open data revolution and open government movement are, in a word, built upon sharing.

Increasingly, open government leaders are recognizing the vast potential they might realize if the data their governments publish adheres to a common structure and format. A common specification for municipal data, shared by multiple cities, will allow software created to work in one place to more easily work in another.

Consider the example of the General Transit Feed Specification (GTFS) – pioneered by TriMet in Portland with assistance from Google. GTFS lays out a specific format and structure for transit data, that any transit agency can voluntarily adopt and use to publish information about routes, schedules, and fares in their jurisdiction.

Because an increasing number of transit agencies have adopted GTFS, an application made to service transit riders in Portland can much more easily be used to serve transit riders in New York. This has led to the development of an increasingly vibrant app ecosystem built on top of the open GTFS data made available by transit agencies all over the country.

Efforts are now underway, under the stewardship of Code for America and other organizations, to develop shared specifications for new kinds of city data—to better ensure that software applications developed for cities like San Francisco will work seamlessly in Philadelphia and elsewhere.

In addition, efforts like the Code for America Commons are promoting the idea that governments can repurpose existing software and solutions used in other cities to address common challenges – sharing what works in one city to address a common problem in another.

Shared solutions, common data standards and government collaboration are top priorities for innovative government leaders across the country. These are also the guiding principles behind the new White House Policy on digital government, which stresses the need for a “shared platform” approach to delivering government services:

“A ‘Shared Platform’ approach – Helps us work together, both within and across agencies, to reduce costs, streamline development, apply consistent standards, and ensure consistency in how we create and deliver information.”

Never before has sharing been so central to governance. Sharing is at the heart of where the open data revolution is headed: sharing policies, ideas, data, and software solutions, to help build more efficient, effective, and responsive city institutions.

Tom Paine would be proud.

Mark Headd is the Government Relations Director at Code for America, and a writer, speaker and thought leader on communication technologies and open government. Self taught in programming,

Mark Headd is the Government Relations Director at Code for America, and a writer, speaker and thought leader on communication technologies and open government. Self taught in programming, he has been developing telephone, mobile and speech recognition applications for almost 10 years, and is a certified developer with the VoiceXML forum. He served for three years as the chief policy and budget advisor for the State of Delaware’s Department of Technology and Information. He has also served as Director of the Delaware Government Information Center, as Technology Adviser to former Delaware Governor Thomas R. Carper, and in the New York State Senate as a budget and finance analyst. Mark has built open government software applications for the District of Columbia, the Sunlight Foundation, the New York State Senate, and the cities of New York, San Francisco, Toronto, Baltimore and Philadelphia. He is an organizer and participant in civic hacking events across the country. He holds a Master’s degree in Public Administration from the Maxwell School of Citizenship and Public Affairs at Syracuse University, and is a former adjunct instructor at the University of Delaware teaching a course in electronic government.