Sharing Skills During the Holidays - Shareable
Skip to content 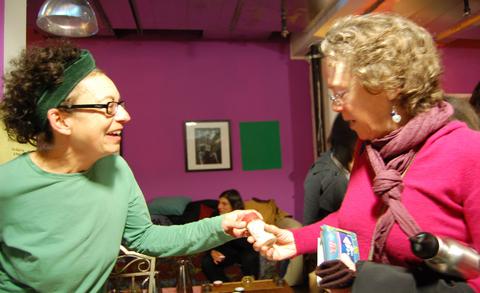 Denise Minter, a vendor at the Bay Area Community Exchange’s recently held holiday fair in San Francisco, was selling Gomasio, a Japanese condiment made from toasted sesame seeds and sea salt. The price: 50 cents to cover the cost of the container of the seasoning and 30 minutes of time that each buyer agreed to contribute to BACE’s Timebank.

Minter also earned 30 minutes of time credit at the Timebank for every bottle of Gomasio that she sold. Likewise, Meredith Buck, a knitter who was selling sweaters, hats, scarves and other clothing items sold a furry vest for 10 hours of time credit. 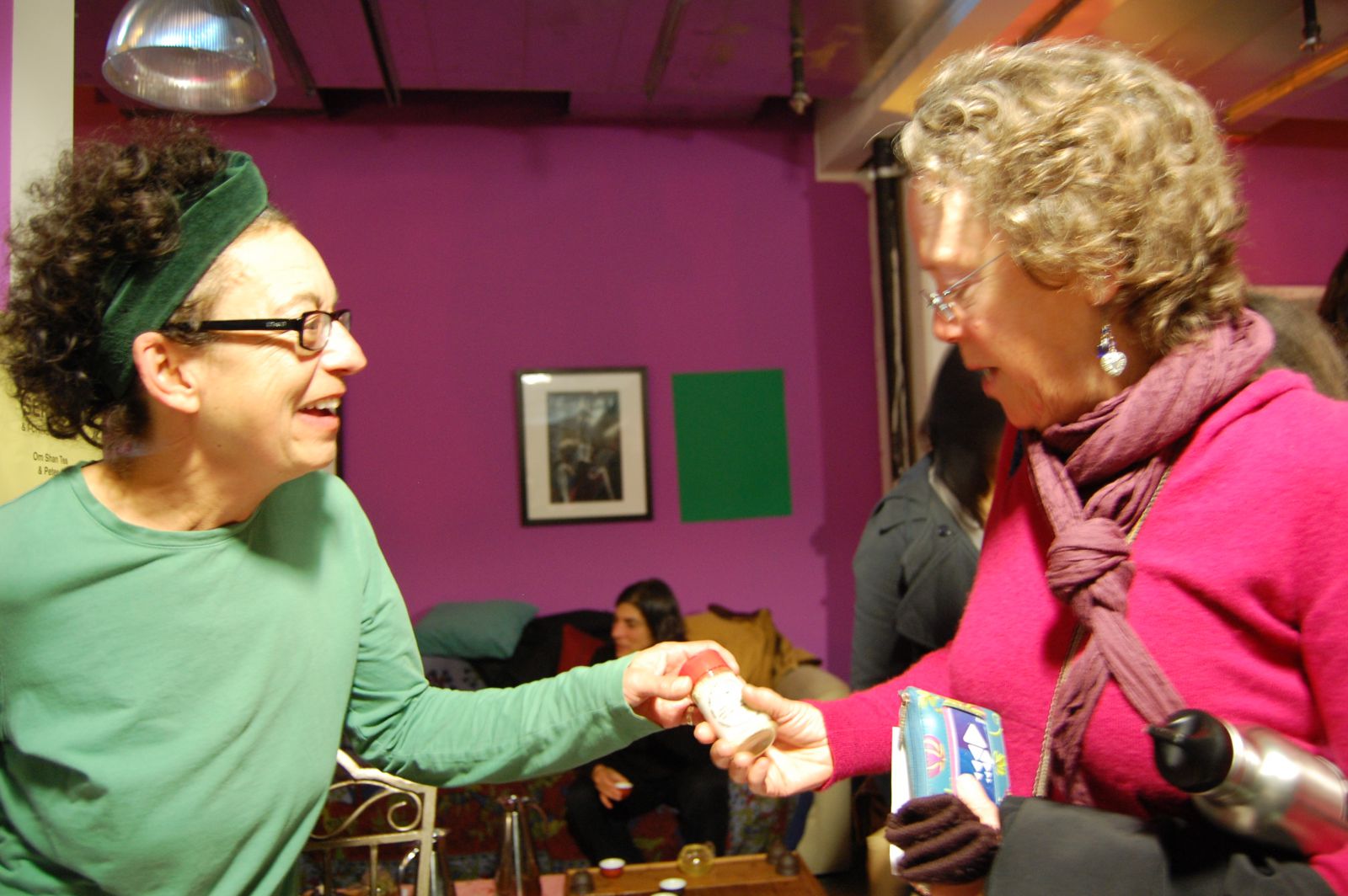 With the holiday festivities swiftly approaching in a year marked by global protests over economic inequality, people in the Bay Area are turning to alternate, community-based means of exchanging goods and skills. Collectives like the Timebank help people circumvent buying gifts with money during the holidays. 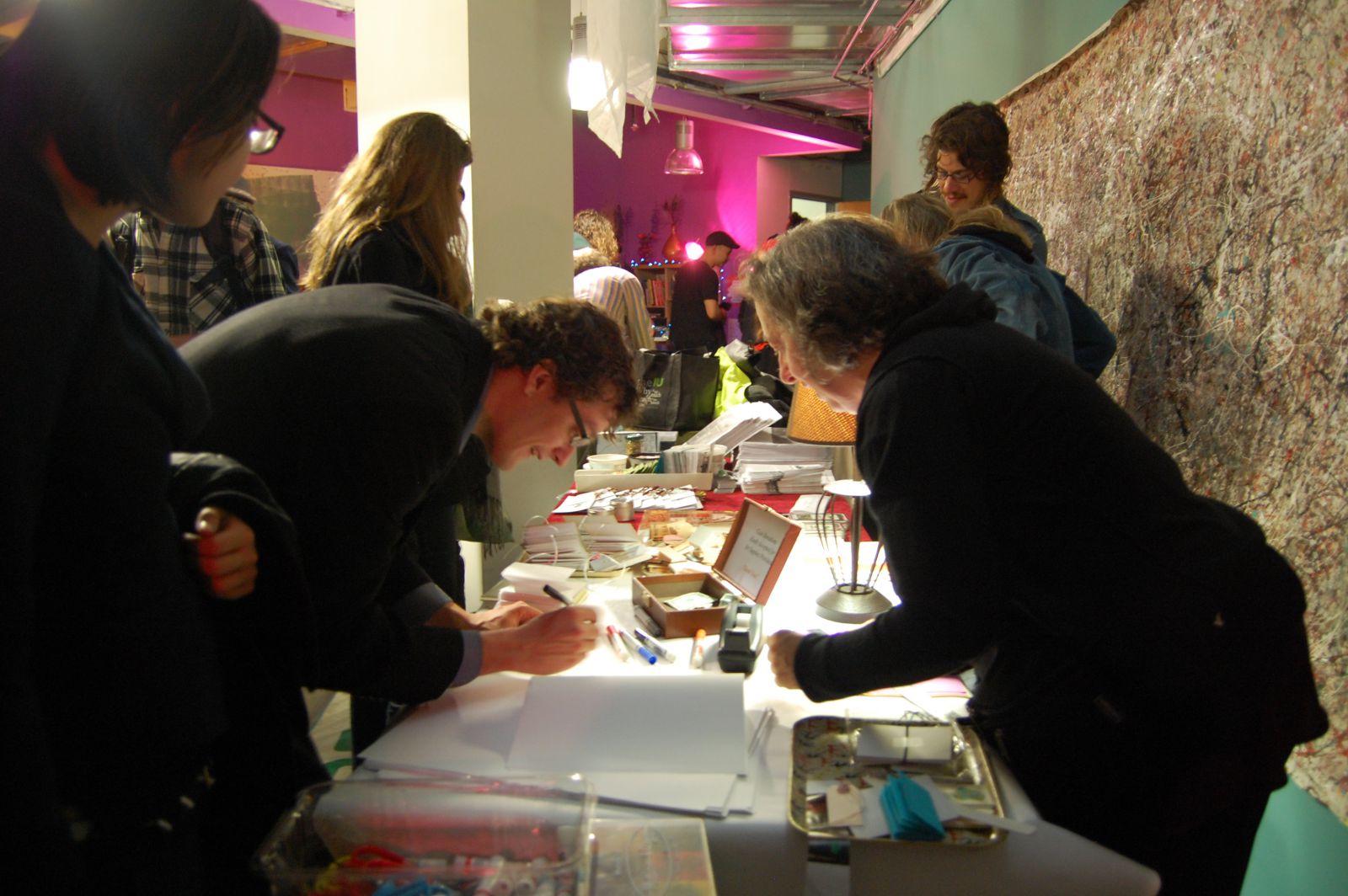 Economic activist and Shareable advisor Mira Luna co-founded the local nonprofit Bay Area Community Exchange, which runs the Timebank, a little over two years ago. From that time, the organization has been facilitating trades of talents and commodities among people via its website, by using time rather than money as the currency.

“The systemic way in which the economy works undermines every good that we try to do,” Luna said. “There’s a lot of underutilized resources and a lot of needs out of there. The way to connect them partly is through the Timebank.” 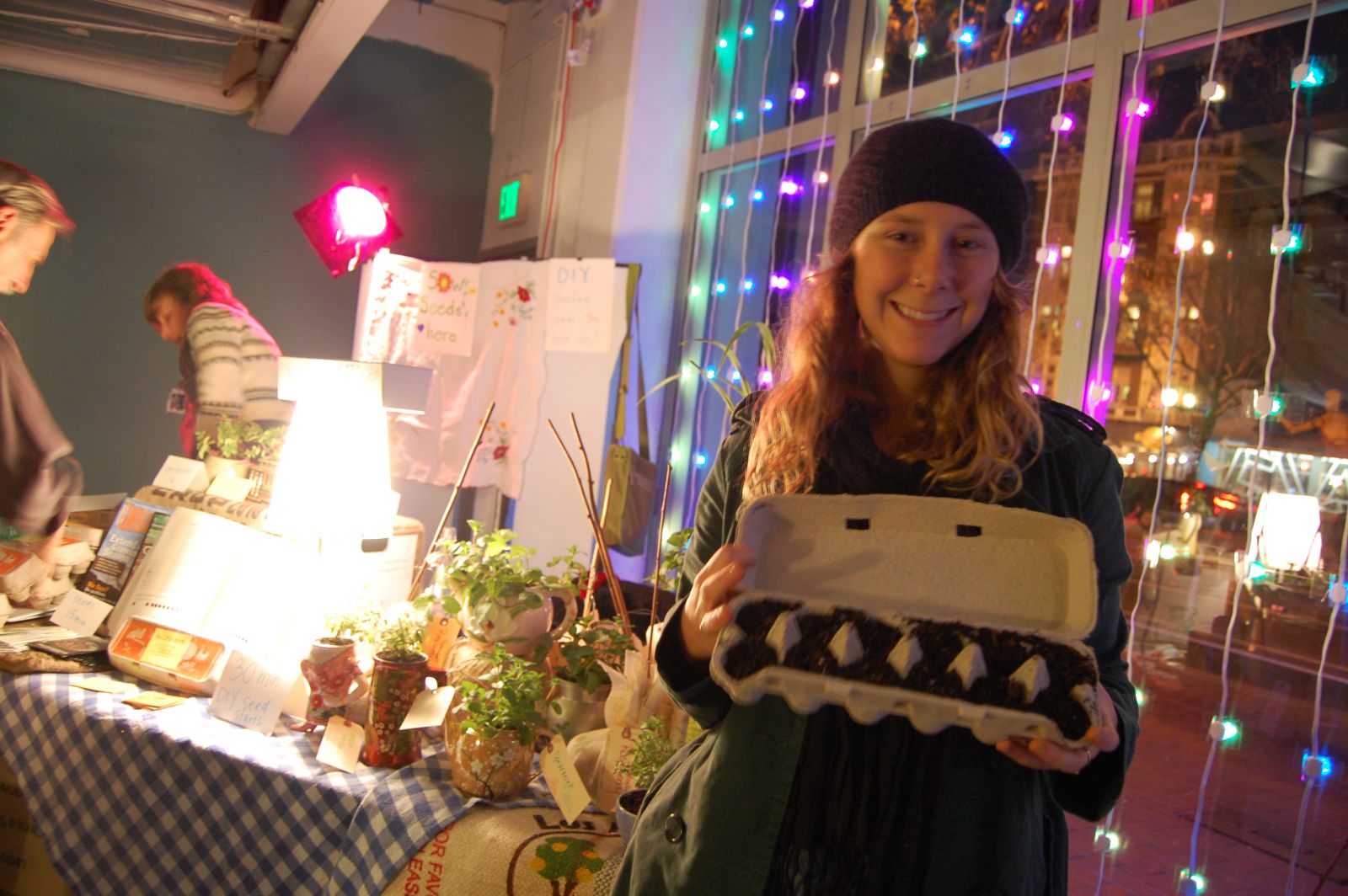 Anna Gauthier holds an egg carton of seeds that she purchased for 30 minutes of time credit. Photo credit: Ambika Kandasamy

When Allison Ambrozy, an after-school educator in San Francisco and BACE board member, joined the Timebank, she found a person who helped fix a broken window in her kitchen.

“I was going to have pay someone $200 an hour to get it fixed. Mira suggested this guy she knew on the Timebank, and he fixed it for $14 and that was just on the glass,” Ambrozy said.

In return, she contributed to the Timebank by giving a ride to a woman who had a physical condition that prevented her from driving to the laundromat in Oakland.

The Timebank and other skill sharing endeavors function on the notion that extending an individual’s skills to the larger community will help build a society that is less dependent on money, more equitable, and better at meeting the needs of everyone. Sharing skills also leads to chain reactions as it brings people who possess different skills together to work on projects that help individuals and social service groups.

Chip Rath, an Oakland resident and longtime supporter of Project Open Hand, a local nonprofit that provides food and nutritional services to seniors and low-income individuals with critical illnesses, wanted use his knitting skills to contribute to the organization.

Open Hand’s director of communications Hannah Schmunk said Rath shared the idea for knitting scarves with some friends, and his small group soon burgeoned into a network of 49 people that Rath called the “Knitters for Open Hand.” 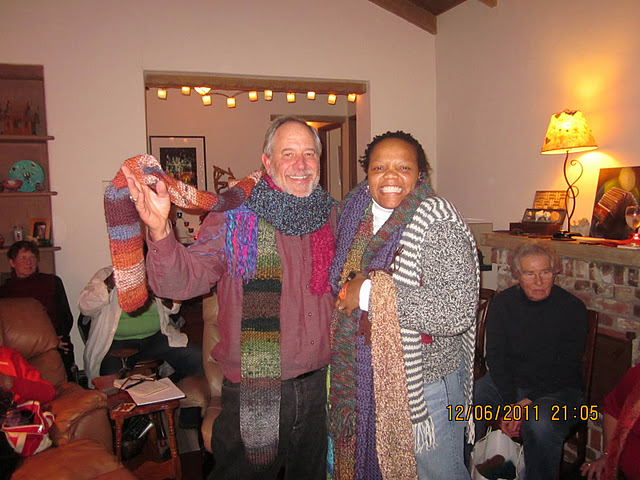 The knitting group ended up with 347 scarves. Schmunk said 300 scarves will be distributed to Open Hand’s clients in Oakland this week and the remaining 47 scarves will be dropped off at local homeless shelters.

“It’s a great expression of community and he made some great relationships through this,” Schmunk said.

Some people are coming together to create free courses to share their expertise in areas such as cooking, baking and gardening. A local graphic designer, Kate Koeppel, became interested in skill sharing techniques when she was a student at the California College of the Arts. Koeppel has been collaborating with Donna Suh Wageman, owner of Pot and Pantry, a kitchenware store in San Francisco’s Mission District, to present workshops focusing on gardening in containers, brewing coffee, sharpening knives and curing meats.

Koeppel and Wageman invited their friends and associates to teach classes, but people who attended these workshops began volunteering to teach classes to share their skills. Koeppel plans to launch the next series of the Skill Exchange workshops in January 2012.

“I’ve found that it’s more sustainable if you can share your skills and learn through your community. There’s less pressure and responsibility placed on you to try to do and be everything,” Koeppel said.