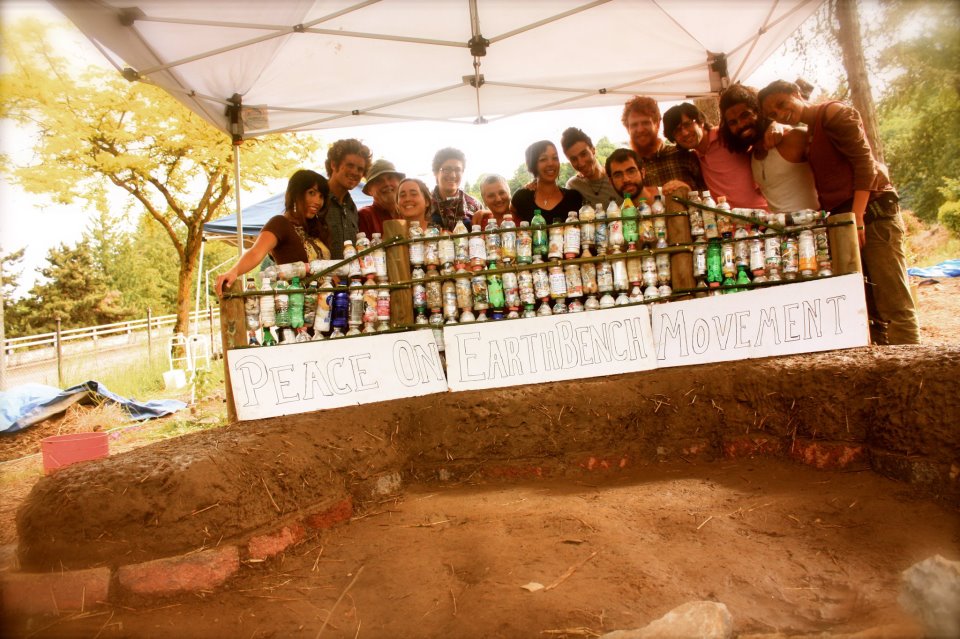 This is the story of how a simple idea forever changed my life, as well as the lives of many others. In 2009, I walked by an educational booth at a music festival in Santa Rosa, California and witnessed a revolutionary approach to plastic waste. The educators at the booth were using plastic bottles as trash receptacles, stuffing each bottle full of plastic and other inorganic trash with a stick until it was as compressed as a brick.

Builders then used these bottle bricks to create all sorts of structures. The educators showed me pictures of entire houses, school buildings, water tanks, and bus stops throughout Latin America that were built with these trash-stuffed bottle bricks. By converting this soft plastic waste into a solid brick, they transformed a toxic waste problem into an accessible building material. 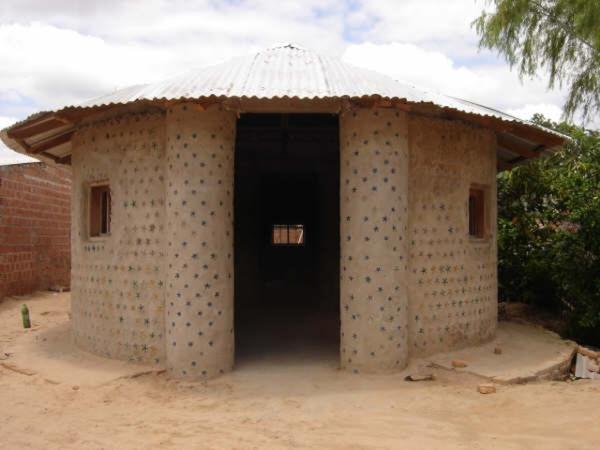 A home in Bolivia being constructed out of bottle bricks. Photo credit: Eco-Tec.

The 15 minutes I spent at that booth planted a mighty seed. One month later, I found myself stepping off a plane in Ghana, West Africa, with a bag full of solar cooking equipment destined for a school project near Cape Coast. However, instead of the sunny weather expected in the dry season, I landed in the midst of a freak 40-year flood. The weather clearly had something different in store for me. I noticed the countryside was inundated with plastic trash. In Ghana, as in many countries around the world, people drink water out of plastic “sachets” that hold 0.5L of water and are immediately discarded after use. This plastic trash is ubiquitous in Ghana and many countries around the world. While swimming in the ocean, a plastic bag even wrapped itself around my leg.

Since the absence of sunshine shut down our solar project, we decided instead to build a bottle brick bench at the school and try out the effectiveness of the simple bottle brick technology. Students collected plastic bottles and sticks, and we set off to collect trash in front of the school. Students were ecstatic to be outside with their friends picking up and stuffing trash during class time — this was an unusual activity at a school devoted to math, science, reading, and writing. Two boys were even fighting over a piece of trash they wanted to pick up for their bottles. The moment was truly revolutionary — by converting plastic waste into a building resource, we had transformed something that is so readily discarded into something of utilitarian value. 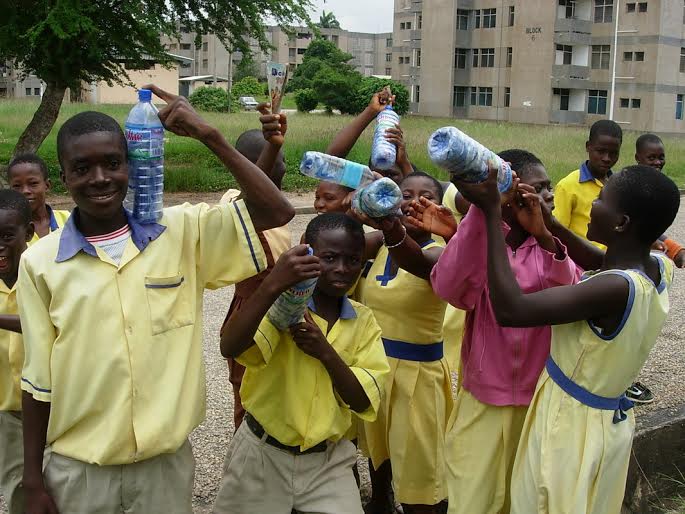 The Ghana project was so successful that I was determined to continue this work upon my return to the U.S. At that time, I was a senior at the University of California, Davis. Although our communities aren’t inundated with plastic pollution as in Ghana, the issue of plastic waste is as great. Our plastic waste is also just out-of-sight, out-of-mind. I thought bottle bricks would be a perfect way to bring the issues behind plastic waste to light. By using a bottle as our trashcan, we would become aware of the amount of plastic waste we were consuming while transforming it into something useful.

I decided to lead a final Undergraduate Research Project at my ecological on-campus community called the Domes. Together with a group of like-minded undergraduates, we led over 300 students and community members in transforming 160 bottle bricks and 80 pounds of plastic trash into a huge earthen bench. The first bench in Ghana had been built with a cement mortar; for the UC Davis project, I decided that we would use a natural building mortar called “cob” — a mix of clay, sand, and straw. Natural building is truly an ancient art — the early human habitations were made from clay and, even today, over half of the world’s population lives in buildings made from earth.

What I discovered is that the process of building an earthen bottle brick bench created community. Students and city residents who had never visited the Domes came to our work parties to contribute bottle bricks or to mix the clay mortar on tarps with their hands and feet. All they needed was an invitation to become engaged, and they showed up. Natural building requires people power and, like bottle bricks, is an incredibly accessible building style. Seeing so many people from so many different walks of life come together for a common cause was truly inspirational. And the end result was a beautiful bench that provided a place to sit, rest, and share conversation. 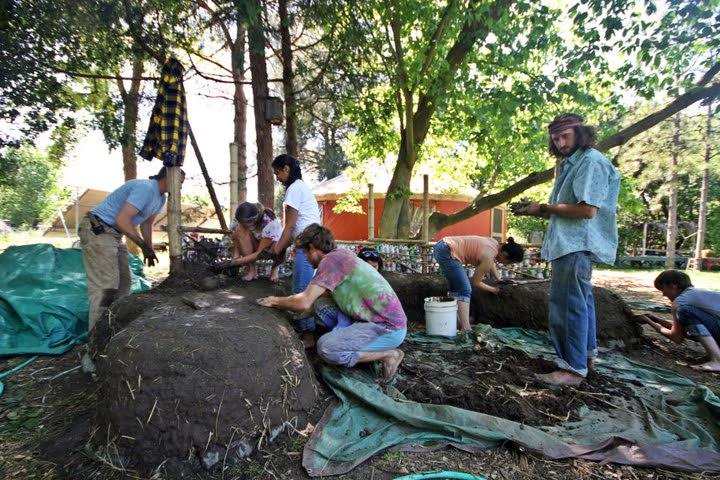 Volunteers working on the cob portion of a bench. Photo credit: POEM.

This experience provided the groundwork for the nonprofit project that I ran for the next four years: the Peace On Earthbench Movement (POEM) which inspires youth and community members around the world to transform plastic waste into communal gathering places. I have seen time and time again that by changing our perspective and attitude about plastic waste, we can transform this toxic material not only into a building material but also into a resource for connecting people from different walks of life and creating a stronger sense of community. “Waste” is an illusion — a resource in the wrong place. Bottle bricks create a place for our “unplaceables,” and POEM creates a place for us to gather in community.

Over the past four years, over 40 earthbenches have been built in more than 15 different countries, from Argentina to the Philippines to Ethiopia to rural India. As a result, I’ve worked with different populations of youth from around the world, including high school students from the state of Georgia, who, before the project, rarely recycled. I’ve also worked with students in Nairobi, Kenya, leading trash clean-ups in the Kibera slum — one of the largest slums in Africa. I’ve received photos from a Costa Rican elementary school student who led her classmates to build a bench, and you can find bottle brick curriculum in a Tasmanian high school textbook. I’ve also inspired middle school students to lead a bench building in a country I had never heard of, the Nation of Brunei, Abode of Peace. 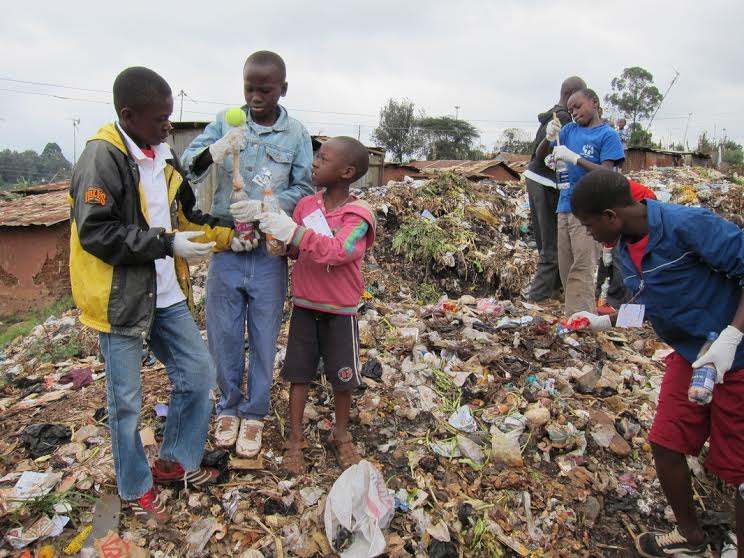 The community-building energy of POEM continued. One of our projects in the Rhonda slum in Nakaru, Kenya, was reported throughout the country on national television. We had brought a delegation of inter-tribal elders together to sit on the bench, which was in a community wracked by 2008 post-election, inter-tribal violence. In 2012, I led more than 1,000 San Francisco high school students to build a giant, 30-foot outdoor classroom earthbench with more than 1,000 bottle bricks and 500 pounds of trash that was shaped and decorated like a giant water dragon. And, in 2013, we shut down one of the main streets in Davis, California, to have a cob dance party and build a public art installation devoted to compassion. 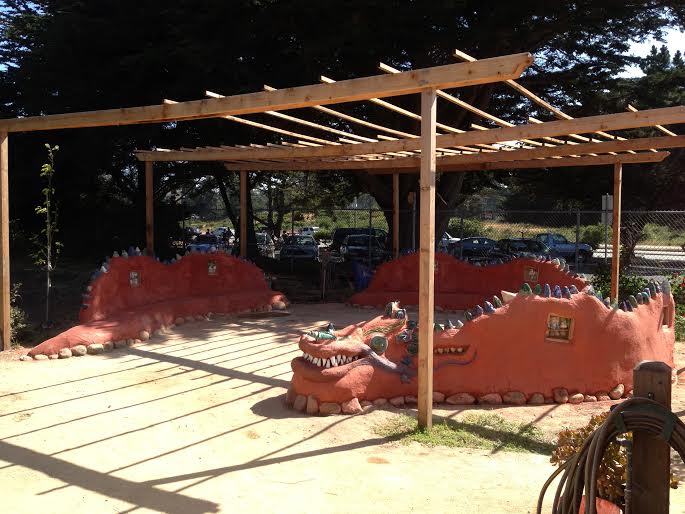 After a few years of traveling and teaching, I’ve decided to root myself more firmly into the San Francisco Bay Area as a full-time Garden and Sustainability Educator at a local independent elementary and middle school. Already, we have built two earthbenches and are working on completing a four-foot tall, teeny tiny eco-playhouse built with repurposed pallets, bottle bricks, earthen mortar, complete with a living roof and rainwater catchment system. Friends continue to build earthbenches on the East Coast; I continue to receive emails from interested teachers and builders; and bottle brick buildings and structures are becoming increasingly popular around the world. This experience has taught me to never underestimate the power of ecological education —one simple idea can truly change the world.

Check out these resources to learn more:

Brennan Blazer Bird is a 27 year old natural builder, ecological educator, and zero waste activist based in the SF Bay Area. In 2011 he founded the Peace On Earthbench

Brennan Blazer Bird is a 27 year old natural builder, ecological educator, and zero waste activist based in the SF Bay Area. In 2011 he founded the Peace On Earthbench Movement (POEM), a nonprofit project that teaches youth around the world how to transform plastic waste into a community place (www.earthbench.org). He is currently a full-time Garden & Sustainability Teacher at Alta Vista School SF, where he teaches elementary and middle school youth.