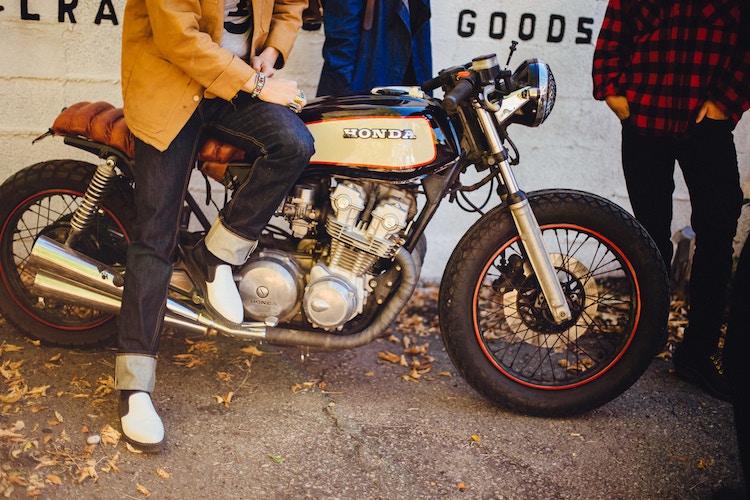 Samson Lang, the owner of Vancouver's Rising Sun Motorcycle Repair, is a lifelong Vancouverite and motorcycle aficionado. As he realized the squeeze that Vancouver's well-documented housing crisis was having on the availability of repair workshop space in the city, he decided to take matters into his own hands. The Vancouver Motorcycle Collective — a cooperative, subscription-based shared workspace — was born.

"I do some substitute teaching at a local technical college, in motorcycle repair, and I noticed that my students didn't have access to workspace," Lang says. "I was born and raised in Vancouver, and I've seen how expensive [space] has become, and how much shop space has been converted into residential space. Being able to work in a garage is a luxury that very, very few people can afford anymore. A detached house with a garage in the city is about $2 million; although the price does come down as you leave the city, it's still pretty high."

The co-op, set up in an unused wing of Lang's shop and called the Vancouver Motorcycle Collective, launched on Jan. 17. Lang says the project has received "overwhelming" interest from riders, the public, and local media. "It's not so much that people are suddenly more interested in learning about motorcycle repair. People are just starving for workspace."

"I've been thinking about this idea for as long as I can remember, and because I've worked in the trade, I know what it takes to put together a workshop," he says. Members have access to a fully equipped workshop with tools, workbench space, lifts, and a welding station, as well as a repair manual library and optional online motorcycle repair courses. About seven people can use the space at any one time. Users can pay for an annual membership or a half-day's use of the shop space, with several subscription options in between. Riders with all levels of skill and experience are welcome. "There's no real demographic," he says. "We see older guys and young novice student riders, men and women, basically anyone who wants to do their own work on their bike."

Before launching the shared workshop, Lang had little firsthand experience with co-ops or the sharing economy. However, he believes that as space becomes tighter in North America's cities, shared workshops like his are going to become more and more common. "It makes less sense in areas where the cost of living is lower, but in Vancouver, the cost of space has exploded in the past 30 years. It's gotten to the point where we can't afford things the rest of the country takes for granted. … I don't see this concept as a unique idea. You'll be seeing more of this with urban densification."

Lang hesitates to predict the future for the shared workshop. "Around here, we think in 15-minute increments. If it grows, then it's great. Right now, I think we’re responding to a need."