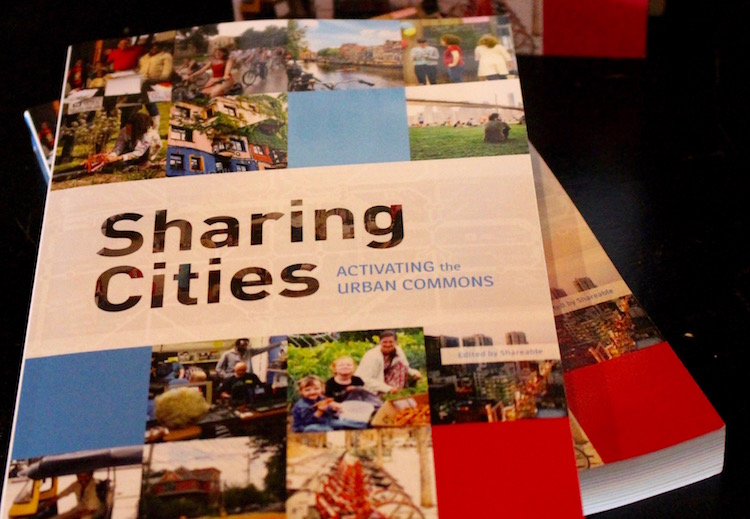 Interested in hearing about Sharing Cities from Shareable's in-house experts? Starting this month, our founder and editor-in-chief Neal Gorenflo, partnerships director Tom Llewellyn, board members, and writers will be promoting our new book, "Sharing Cities: Activating the Urban Commons" at various events around the world, including the U.S., Japan, Australia, and Spain. We love meeting our readers in-person so we hope to see you at the events listed below.

Join us at the San Francisco General Assembly for a panel discussion and interactive Q&A on the impact of the sharing economy as a whole on society. The event features representatives from Creative Commons, Postmates, and Slido, and Shareable's Tom Llewellyn.

Shareable's Neal Gorenflo will be keynoting Share Summit 2017 in Tokyo, Japan. The theme of the summit is "Share or Die." Gorenflo's talk will focus on how Sharing Cities can help residents share and live cooperatively.

Meet Tom Llewellyn at the third annual event in New York City, which will will zero in on ways that platform cooperatives can help to address some of the world's most urgent challenges.

At the Dive Diversity Summit in Shibuya, Japan, Neal Gorenflo's keynote will focus on the many Sharing Cities around the world and how they can support diversity.

An Evening with Julian Agyeman on Sharing Cities and Just Sustainabilities | Nov. 13, 2017

Attend a public panel discussion with Julian Agyeman who will introduce key concepts on equity and justice in the city, followed by the Melbourne launch of "Sharing Cities: Activating the Urban Commons." Agyeman will be joined by Professor Ralph Horne from RMIT University; Darren Sharp, Australian editor of Shareable and director of Social Surplus; and professor Gordon Walker from DEMAND Lancaster University.

This interactive presentation and workshop on Nov. 14 at Hampshire College by Tom Llewellyn will illustrate a commons-based vision for Sharing Cities, building upon years of experience covering the ecosystem.

This year's OuiShare Fest in Barcelona, Spain, will create a space for conversation between the protagonists of the digital and collaborative movements. The event, which will explore innovations in education, the future of work, and more, will feature a keynote by Tom Llewellyn.

Join Tom Llewellyn in the Canary Islands for an opportunity to connect and advance the construction of a collaborative ecosystem. In addition to a two-day conference, master class, and full day project incubator, Shareable will be co-hosting a "Stone Soup" on Sunday, Nov. 26, as part of the International Make Something Week.