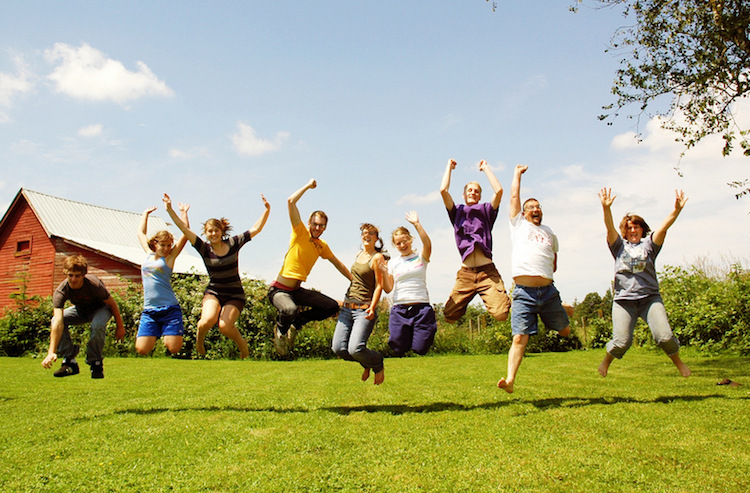 In 2013, Shareable switched gears. While we're best known for our online magazine, we have a long history of convening the sharing community. And in 2013, we ramped up our on the ground, community organizing work significantly.

To kickstart that work, we gave seed grants to 13 grassroots sharing projects in early 2013. The goal for our seed grant program was to help start, support or amplify the work that sharing projects are doing to make positive change in their communities. And also learn from the experience.

The main lesson was that sharing leaders often work in isolation. That led to the launch of the Sharing Cities Network late last year. The independent, grassroots network is connecting sharing innovators from around the world for mutual support and increased community impact. And we'll ramp up network activity significantly in 2014 collaborating with our many partners. Our 2014 goal is to launch 100 local sharing movements in cities around the world.

Below are five stories of positive change catalyzed by the support Shareable provided. This is followed with the rest of our 2013 accomplishments.

1. Foodlab Detroit
Through training programs, workshops and peer support, Foodlab Detroit member organizations are working to create “a diverse ecosystem of triple-bottom-line food businesses as part of a good food movement that is accountable to all Detroiters.” Bottom-up action, fair wages, and democratic workplaces are priorities of many of the Foodlab businesses. Shareable helped support the Foodlab with a seed grant to support their Kitchen Connect project, an “Airbnb of kitchens” project which gives Foodlab graduates low cost access to commercial kitchen space to get their businesses started. 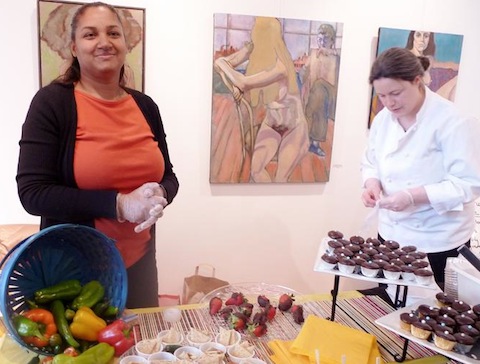 A Foodlab graduate offers samples of her culinary treats

2. UM SOUP
Created by University of Michigan student Isabella Morrison, UM SOUP was an event where, for a $5 door charge, participants received soup, salad, and a vote. The micro-granting dinner raised money for a local organization through a competition. Each organization presented their project, then each diner casted a vote for their favorite project. The top voted project won the pool created by the door charges. Inspired by Detroit SOUP and funded in part by Shareable, the first UM SOUP was so successful that it led to the founding of Ann Arbor SOUP, a funded student club at University of Michigan. 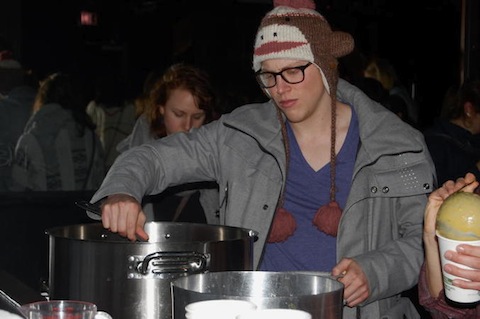 3. A2Share
Based in Ann Arbor, Mich., A2Share, cofounded by Ryan Gourley, is “a community organization that connects would-be sharers with one another and the sharing programs, organizations, and events the area has to offer.” An outgrowth of the Ann Arbor Sharing Summit that Shareable helped fund, the organization has established itself as a hub for the local sharing community and continues to thrive with regular dinners, workshops and events. With a goal to tap into underutilized local resources, A2Share brings people together to learn, share and build a more connected, resilient community. 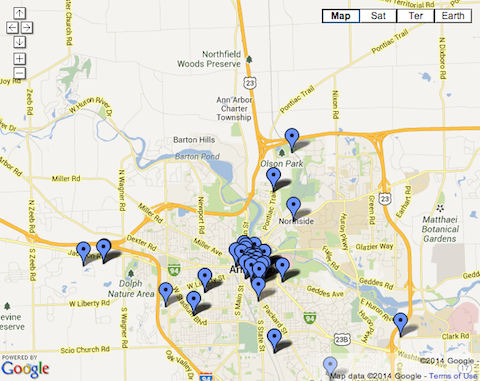 4. Boulder Sharing Economy Summit
A project of the Boulder Housing Coalition, a non-profit dedicated to developing low-income/affordable community cooperatives, the Boulder Sharing Economy Summit was a one-day event to catalyze the local sharing community in Boulder. Funded in part by a seed grant from Shareable, the event featured workshops, presentations, and break-out sessions that shared success stories and failures in the sharing movement. The summit proved to be a great way for people with shared goals to connect. It also served as a springboard for continuing meetups, including a session on sharing at the Front Range Bioneers conference. 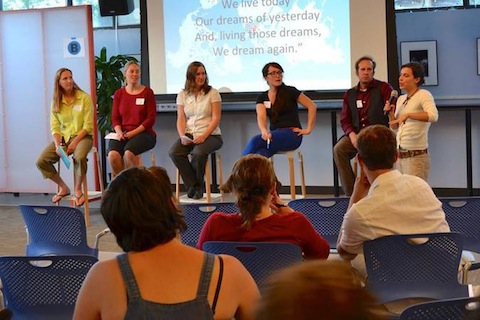 5. University of Illinois Skillshare Fest
A one-time urban planning student at the University of Illinois at Chicago, Alexandra Curatolo, changed course to become a community organizer. As an intern for Shareable, she worked to organize a Skillshare Fest at UIC. The day-long event featured skillshares on bicycles, software, composting, yoga, networking, growing food and more. The organizers of the event hope to take the skillshare to a wider audience and make it a “cultural institution” on campus. Still an active community organizer, Curatolo now works on food justice issues and organizes local food markets called Belli’s in Chicago. 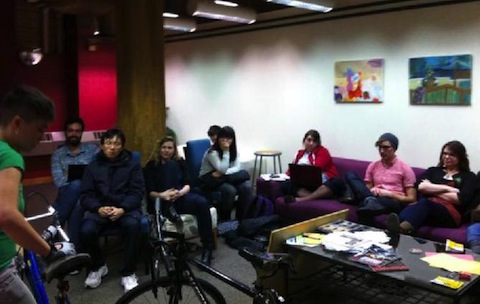 The Skillshare Fest featured helpful workshops including this bike skillshare

While we're proud of the sharing leaders and projects we supported, it's not all that we accomplished in 2013. Far from it. In addition to our community organizing pilot program last year, Shareable:

Shareable is currently crowdfunding to build out the Sharing Cities Network. We’ve raised $31,714 of our $50,000 goal. If we hit our goal, we’ll receive a $25,000 matching grant. There's never been a better time to donate to Shareable, your donation will be leveraged through our growing network and a matching grant. Please contribute today.