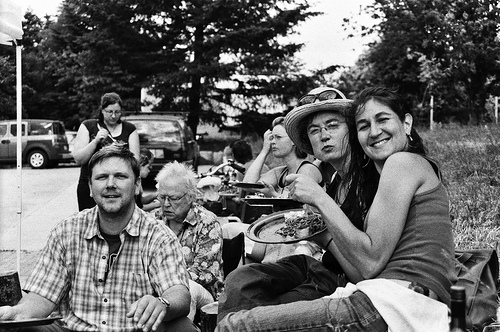 Though it might seem that there’s not much in the way of silver linings in these dark economic times, there is at least one: as people learn to make do with less, they are discovering the many benefits of sharing. Car-sharing, babysitting cooperatives, and tool lending are just a few of the many creative ways people are eschewing ownership and learning to share the goods and services they need. But sharing can do more than just save you a buck. New psychological research suggests that sharing fosters trust and cooperation in the community and contributes to personal well-being. Here are some of the ways that sharing can boost your happiness levels and help your community thrive:

1. Sharing involves reciprocal giving, and the research is full of the benefits of giving, from greater physical health to personal happiness. A 2008 study by Harvard Business School professor Michael Norton and colleagues showed that giving a sum of money away to someone else lifted well-being more that spending it on oneself. In his book Why Good Things Happen to Good People, Stephen Post, a professor of preventative medicine at Stony Brook University, writes that giving to others has been shown to increase health benefits in people with chronic illness, including HIV and multiple sclerosis. And Sonja Lyubomirsky, a happiness researcher at the University of California, Riverside, argues that giving can become contagious, moving from the personal to one’s community. “Being kind and generous leads you to perceive others more positively and more charitably,” she writes in The How of Happiness, and this “fosters a heightened sense of interdependence and cooperation in your social community.” 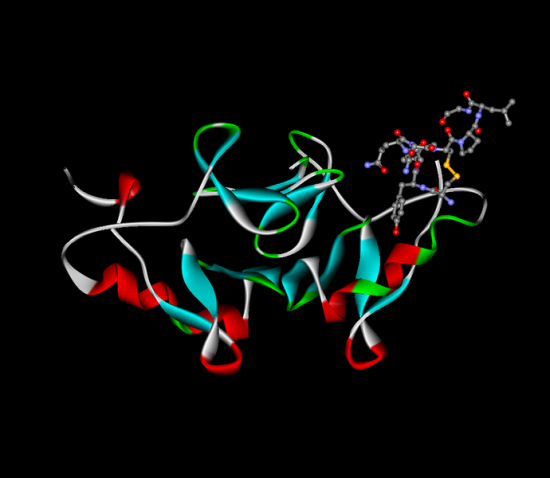 The molecular structure of oxytocin.

2. Sharing can cause the release of oxytocin, a hormone that increases feelings of well-being. Paul Zak, founding director of the Center for Neuroeconomics Studies at Claremont Graduate University, studies the effects of oxytocin in social exchanges. His lab has found that when people share and experience gratitude, or any sense of connection, their brains will release the hormone oxytocin. Though more commonly associated with breast-feeding, oxytocin is also known to relieve stress, improve immune function, and foster trust in human interactions, all of which contribute to greater well-being and happiness. In laboratory studies, Zak has found that a dose of oxytocin will cause people to give more generously and to feel more empathic towards others they come across, with “symptoms” lasting up to two hours. And those people on an “oxytocin high” can potentially jumpstart a “virtuous circle, where one person’s generous behavior triggers another’s,” he says. Surprisingly, even when sharing involves an exchange of money or where communication takes place over the internet––a common situation with commercial sharing sites––oxytocin is still released. In one study, Zak found that 10 minutes of tweeting induced a spike in oxytocin and a reduction of stress hormones in his subject, a reaction similar to what one might experience during in-person communication. Many sharing sites, he argues, do double duty, connecting people on-line and then having them meet in person to exchange goods or services. “This suggests why sharing is so ‘sticky,’” says Zak. “It makes us feel good in two ways.” 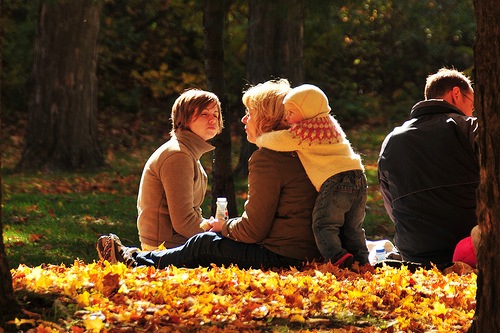 3. Sharing builds trust, and trust is highly correlated with happiness. When people share personal possessions with a stranger, they are taking a chance on that person’s trustworthiness––hoping the person will pay on time, return items in good condition, etc. If expectations of both parties are met––which, fortunately, usually happens in share situations, according to Paul Zak––trust will naturally develop. This experience of trust leads to more personal happiness, according to John F. Helliwell, Professor Emeritus of Economics at the University of British Columbia. Helliwell, who studies the social contexts of happiness, has found that “trustworthiness and trust…appear independently and robustly related to happiness and life satisfaction”, and as we experience trust in more domains in our lives, the happier we are. In fact, trust is so important for happiness that when researchers at the University of Cambridge looked at which countries in the European Union scored highest on measures of well-being, they found that it wasn’t the countries one might expect––the ones with great weather, beautiful beaches, or the best cuisine––but the countries where there are high levels of trust among the people. “Trust is a prerequisite for happiness,” writes Eric Weiner in The Geography of Bliss. “Trust not only of your government, of institutions, but trust of your neighbors.” 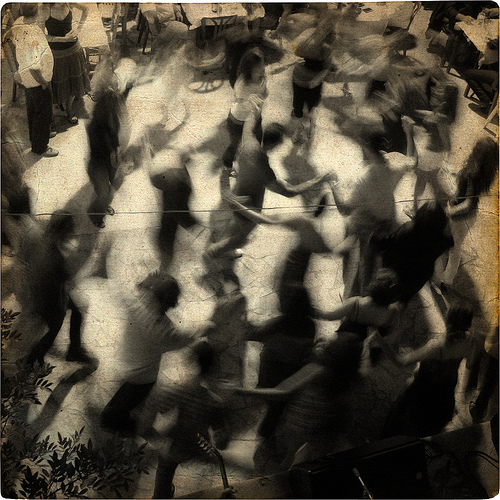 4. Sharing increases positive social interaction with others, which can prolong your life. Sharing can bring people together who in other circumstances might not meet. According to Paul Zak, humans have an innate need for social connection, and participating in sharing sites like SnapGoods or Groupon can help people broaden their base of friends and acquaintances. “Sharing helps us to reach out to others,” he says. “It’s an excuse to engage with someone whom you’re helping at the same time.” And research has shown that having positive social interactions is central to good mental and physical health. In a 2010 meta-analysis of previous research, Julianne Holt-Lunstad of Brigham Young University and colleagues found that having stronger social ties and less social isolation significantly prolonged one’s life. As researcher John Cacioppo writes in his book Loneliness: Human Nature and the Need for Social Connection, “The more extensive the reciprocal altruism born of social connection….the greater the advance toward health, wealth, and happiness.”

5. Sharing invokes gratitude, and gratitude is highly correlated with happiness. Not only is giving beneficial, but when one feels grateful for the exchange––a natural consequence of receiving help in the form of sharing––this also increases personal happiness. Robert Emmons and Michael McCullough, co-directors of the Research Project on Gratitude and Thankfulness, found that teaching college students to “count their blessings” and cultivate gratitude helped them to exercise more, be more optimistic, and feel better about their lives overall. Barbara Fredrickson, one of the pioneer researchers on the roots of happiness, suggests that cultivating gratitude in every day life is one of the keys to increasing personal happiness. “When you express your gratitude in words or actions, you not only boost your own positivity but [other people’s] as well,” writes Fredrickson. “And in the process you reinforce their kindness and strengthen your bond to one another.”

6. Sharing can decrease the disparity between “the haves” and the “have nots,” which increases well-being. When resources are shared, more people can get access to the goods and services they need without having to spend a lot of money, and that can reduce economic inequality. In a 2009 study of 71 countries by Economics Professor Friedel Bolle and colleagues, researchers found that the highest levels of happiness are found in countries where the gap between rich and poor is the smallest. In his book The Empathic Civilization, Jeremy Rifkin writes, “Living in a society where the essentials for a comfortable life are met but where the gap in wealth and income between people is relatively narrow is likely to produce the happiest citizens,” because a more even distribution of wealth leads to “a furthering of selfhood, greater connectivity, the extension of empathy and expansion of consciousness.” Though sharing would have to spread far and wide to seriously impact the inequality of wealth one finds in the USA, it certainly moves us in that direction. 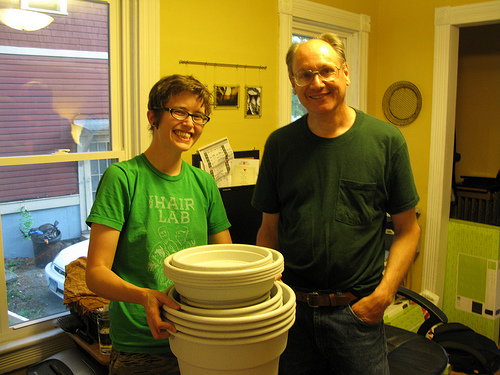 7. Sharing involves cooperation, and cooperation has been essential to human flourishing. The urge to cooperate goes way back in human evolution, according to primatologist Franz de Waal, author of The Age of Empathy. Early humans banded together for hunting, collecting food, caring for offspring, and warning off predators, which increased their chances of survival. Even Charles Darwin, often credited with promoting “a survival of the fittest” worldview, wrote extensively on the benefits of cooperation in the animal world. We humans care about the welfare of others almost from the day we are born. As Alison Gopnik of UC Berkeley writes in The Philosophical Baby, researchers have found that even children as young as 14 months old will try to lend a hand to an adult without being prompted if they perceive that the adult needs help. Sharing and cooperation are natural aspects of human behavior, and the more we engage in them, the more we are being congruent with our biological inheritance.

So, if you want to have better connections with others and contribute toward a better society, start sharing what you can with others. You might find yourself benefitting from a big dose of happiness in the process.