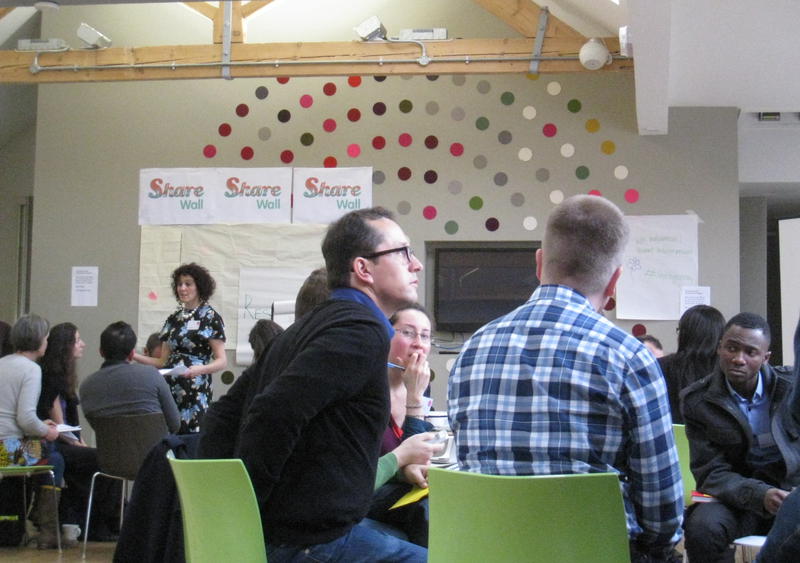 As an Australian living overseas, this year I’ve experienced living in London during the UK riots and watched the Occupy Wall Street movement unfold in New York. It is clear that many people are not happy with the current economy, and the term ‘sharing economy’ has increasingly come up to reflect a more sustainable, collaborative and connected way of living.

Examples of what the ‘sharing economy’ looks like can be vast. I attended the Sharing Economy Innovation Workshop in London on the 8th December run by The People Who Share, which had 44 attendees from social entrepreneurs, academics to business leaders with a common interest in sharing. This was the first in a series of future workshops to produce research on how the sharing economy can provide answers to current, global crises.

The sharing economy could involve borrowing or lending household items with neighbours through websites like Ecomodo or participating in car-share programs such as Zipcar. It could involve working at co-working spaces like The Hub or forming a cooperative so that all members share the profits rather than an outside investor. The sharing economy looks at ways we can share our time, skills and resources with others rather than current individualistic ways of consuming.

At the workshop, people were broken up into groups to discuss 6 topics related to the sharing economy: Values, Governance and Ownership, Consumer Lifestyles, Value Creation and Business Models, Resources, and Labour, Production and Distribution.

I was in the ‘Consumer Lifestyles’ group where we discussed what consumer lifestyles currently are like and what it should look like in the sharing economy. We all agreed that society is predominantly based on the ownership of goods and consumption is used as a form of identity. It is appealing and addictive but the ‘work-to-spend’ culture isn’t making us any happier. We brainstormed on what it could look like and agreed that it should be centred on relationships and social ties which can help people live more richer, fulfilled lives. Sharing can help form these social ties yet we face the challenge of changing mindsets very much ingrained on individual consumption.

I then moved onto the ‘Value Creation and Business Models’ group and we all agreed that the Internet provides a great platform to facilitate the growth of the sharing economy. Online platforms like Landshare are allowing landowners with spare land to connect with growers who want to grow food. By sharing land, landowners can receive vegetables in return. Sharing produces mutual benefits for both parties.

The group talked about the necessity but also the difficulty of achieving scale in sharing models. To grow the sharing economy, it will require models that scale to allow mass sharing. We also talked about the implications of big corporations being part of the sharing economy. B&Q (the largest home improvement retailer in the UK and China) are launching Streetclub, a website to connect you with neighbours in your community. Will this make sharing become mainstream? What are the implications for existing collaborative consumption schemes?

A key theme at this workshop and also at the Share New York conference I attended a few weeks ago is the necessity of making sharing attractive to the masses outside of these conference rooms. A reassuring statistic from a recent study shows that over half of the UK would like to find ways of being able to share their time and resources with their local community and that 8 out of 10 people say sharing makes them happy. It seems like a ripe time to encourage the masses to start sharing.

At the conclusion of the workshop, we shared our insights about the day. Many mentioned it was a great start to have people gathered together to start conversations about sharing. Someone mentioned that there are many solutions and we just need to keep experimenting. One attendee poignantly summed it up with, “We have finite planetary resources but unlimited sharing potential”.