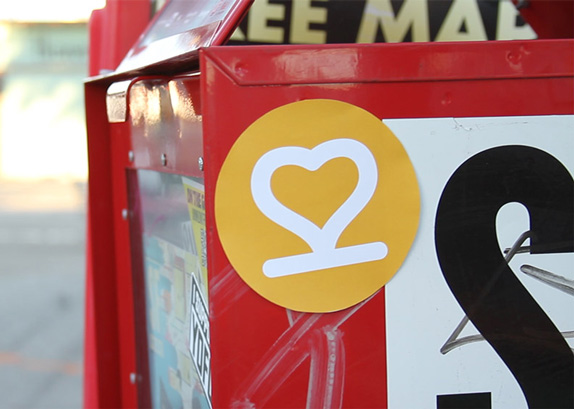 Yesterday morning San Francisco’s Mayor Edwin Lee announced an unprecedented new partnership between the city’s Department of Emergency Management (DEM) and BayShare, a sharing economy advocacy group in the San Francisco Bay Area whose mission is to make the Bay Area the best place on the planet for sharing. BayShare was officially launched with this partnership.

Milicent Johnson, who co-founded BayShare last year with Jesse Biroscak during her work as Shareable’s Community Manager, shared the podium with Mayor Lee and others to explain the partnership. Its underlying goal is to harness the power of sharing to ensure the best response to future disasters in San Francisco: think Lyft drivers transporting maintenance personnel to priority areas, Yerdle users offering basic supplies to those in need neighborhood by neighborhood, and Airbnb enabling hosts to provide free accommodation to displaced people. The partnership is the first public initiative of Mayor Lee’s Sharing Economy Working Group, which Shareable helped the city launch last year.

The partnership launch event kicked off with an open brainstorm facilitated by IDEO's Alex Grishaver and Kate Lydon between representatives from sharing businesses; the city’s established emergency management community which includes San Francisco’s Neighborhood Emergency Response Team (NERT), the Interfaith Council, the Tenderloin Hunger Task Force, and the American Red Cross Bay Area; and representatives from DEM. Shareable staff were active participants in the discussion, including Shareable’s co-founder Neal Gorenflo who, along with others, stressed the importance of pre-existing social connectedness at the neighborhood level to effective disaster response.

After introductions, DEM’s Alicia Johnson presented the city’s new SF72 portal with a touching video, elegant new logo, and a bold new strategy. SF72 is an initiative designed to prepare for the crucial first days after a serious disaster, and will serve as the ‘go to’ portal for support in the event of such an emergency. SF72 is clearly aligned with the aims of the sharing economy, stating that beyond stockpiling supplies, weathering a disaster is “about knowing your neighbors, lending a hand, and sharing your knowledge.”

In discussion, various opportunities for BayShare companies to work with the city on disaster response were discussed, but this was only the start of the conversation, as the Mayor has offered BayShare a seat on the city’s Disaster Council. But this was more than just a ‘love-in’ as the participants tackled head on the challenges of interoperability, trust, availability, and inequality of access. One memorable comment shared the concern that forgotten passwords could be the most frustrating barrier to accessing resources after a disaster.

Airbnb’s co-founder and CTO, Nathan Blecharczyk, was there to showcase his company’s latest product, a ‘disaster response mode’ deployable within 30 minutes which provides a single landing page for those offering free accommodation to those displaced from their homes, and enables hosts to list their rooms at $0 and waives all Airbnb’s fees. This initiative grew from the company’s ad hoc response to Hurricane Sandy which hit the US East Coast in October 2012. In a statement, Blecharczyk said that “the amazing outpouring of generosity from our community inspired us to build this tool…we now have the infrastructure in place to help at a moment’s notice.”

During Hurricane Sandy, Airbnb, with the help of their users and the city of New York, were able to shelter 1,400 displaced people. They hope the new tool will enable them to help more people at a faster pace in future disasters.

Participants were keen to leverage the potential benefits of sharing for small-scale disasters too. As one of the participants commented, if you lose your home in a small local fire, that is your Hurricane Sandy. It was widely agreed that working to entrench sharing behaviors could only benefit those who fall victim to a disaster, no matter how big or small.

Mayor Lee, the President of the Board of Supervisors David Chiu, and DEM’s Executive Director Anne Kronenberg all addressed the gathering, and pledged their support for the DEM / BayShare partnership. These are exciting times for the relationship between government and sharing organizations: let’s hope that this partnership lays a foundation for further collaboration and inspires other cities to take similar steps.

I'm a 24 year old British guy who has been lucky enough to live in the UK, Italy, Belgium, Greece, and the US. I'm insatiably curious and have broad interests:

I'm a 24 year old British guy who has been lucky enough to live in the UK, Italy, Belgium, Greece, and the US. I'm insatiably curious and have broad interests: I studied History at undergrad specializing in politics and architecture. I'm a real believer that technology can make our lives better and have been working for the European Commission's tech department for the last few months. Now I'm in SF to explore the sharing economy.