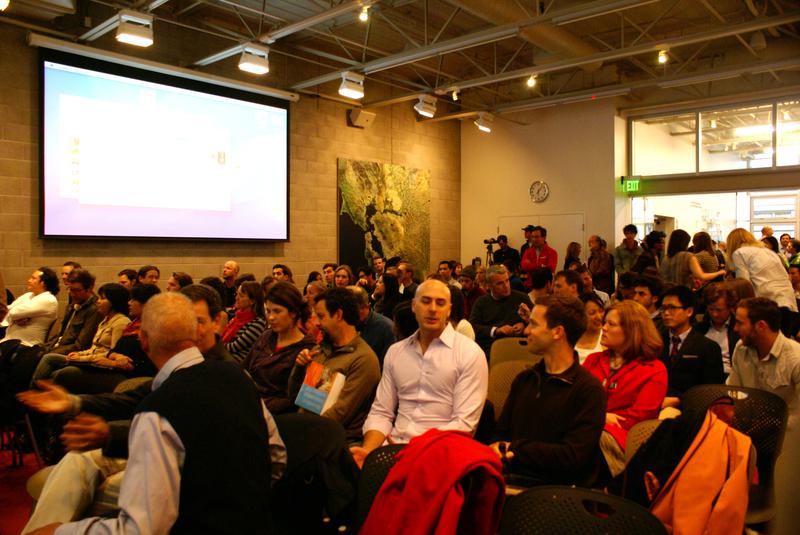 San Francisco’s current crop of leaders ran for office on a platform of deploying city resources to encourage private-sector job growth — which in this famously liberal city is seen as about as conservative as an elected official can get.

But last week a task force convened by Mayor Ed Lee and four members of the Board of Supervisors opened an opportunity to expand the meaning of the pro-business moniker to a new crop of startup, do-gooder social enterprises that enable small-scale, peer-to-peer economic activity and resource sharing.

San Francisco is the place for these businesses to converge, Lee said, because for years the city has welcomed thousands of Internet companies that hold the promise of rapid, viral growth. Combining that energy with social enterprise, he said, could make the city a national hub for the propagation of smarter ways to cooperate and consume. Jay Nath, the city’s newly minted “chief innovation officer,” talks of partnering with a growing number of resource-sharing focused businesses — clustered in the city’s South of Market neighborhood — to encourage the sharing economy to take off nationwide. The goal is to cut through regulatory red tape that was designed for old-economy big businesses.

“Cities are the original sharing platform” — dense spaces in which shared services such as transit, public libraries and parks are already heavily used, Nath said. With the current wave of startup sharing companies, he added, the city has the chance to be the first to “modernize the regulatory environment” to benefit new forms of economic exchange, such as car sharing, formalized couch surfing and temporary micro-jobs.These activities could make money for city residents, improve their quality of life and help save the environment, too.

But Nath and Lee suggested that these businesses need both changes in local law and economic incentives to thrive.

They spoke at a packed panel discussion Tuesday night at SPUR (the San Francisco Planning and Urban Research Association), that was co-sponsored by Shareable, TechCentralSF, and sf.citi ( ); (San Francisco Citizens Initiative for Technology & Innovation). Joining them were representatives from some of the city’s most successful new sharing businesses: Getaround, a peer-to-peer car-sharing system; Airbnb, a platform allowing anyone to rent or swap homes to strangers; TaskRabbit, a service allowing individuals and companies to parcel out one-time jobs; and Vayable, a tourism website that connects travelers with local experts.

While its scope and powers have yet to be defined, Nath said, the most urgent task of the Sharing Economy Working Group is to listen to the concerns of some of these companies. They say regulations written decades ago could stifle new types of economic exchange.

Last week, about 40 Airbnb users flooded a meeting convened by the San Francisco Tax Collector. The office is trying to work out how activities like short-term home rentals fit into existing local laws that require hotels to pay 14 percent of their income to a longstanding and lucrative hotel tax.

Molly Turner, director of public policy at Airbnb, said what happens in San Francisco could set the standard for what cities across the country and internationally (the service is now used in 19,000 cities around the world) will do to distinguish occasional private home renters from corporate four-star hotel chains.

“Our main concern is this code was written in 1961, long before the sharing economy existed, the Internet, and this thing we call Airbnb,” she said. She said the city should consider amending the local law to reduce or eliminate the tax for ventures like hers, to allow local residents to earn a little extra income.

Mayor Lee echoed Turner’s concern. The new working group ought to be focused on leveraging San Francisco’s status as a tourist mecca to the benefit of the city’s most economically distressed local residents — “how to make an expensive city more affordable to more people.”

Lee, who developed the working group with Supervisors Jane Kim, Scott Wiener, David Chiu and Mark Farrell, said the encouragement of sharing businesses is the next logical step in his pro-jobs agenda.

His most notable — and controversial — achievement last year was to create a package of tax exemptions and incentives for social media juggernaut Twitter to settle in the downtrodden mid-Market Street. Opponents warned that carving out special tax districts for multibillion-dollar corporations set an unfair double standard that disadvantaged smaller businesses and sacrificed needed tax revenues.

But Lee was adamant that though “we took a little risk” in changing the tax code, the move spurred more than 125 other companies to settle in the city. Other parts of the city bureaucracy now need to be reformed to meet the changing nature of business, he said.“We are the innovation capital of the world,” he said. “We would like the rest of the city to catch up with is as well.”

Neal Gorenflo, publisher of Shareable and the moderator of the SPUR event, framed the growth of the sharing economy as no less than a vehicle for human survival in an era of growing income inequality and global resource depletion.

Car sharing, he said, is the “archetype of the sharing economy.” A recent study found that one shared car replaces nine to 13 owned cars. Its expansion, he said could mean billions more dollars stay in the local economy. And it could prevent as much as a million metric tons of carbon dioxide from being released into the atmosphere.This, Gorenflo said, is an example of “a new cultural narrative” to replace the old industrial model based on shopping, competition and the definition of freedom as the freedom to be free from one another.

One specific proposal from TaskRabbit’s Leah Busque: reform the competitive parking system in the city to make it easier for cooperative and sharing-based businesses to park for deliveries, perhaps with special permits. Another idea: encourage sharing businesses to share with each other, to create a common online reputation system that lets users earn the community’s trust with every transaction. (Another San Francisco-based startup is already working on that, she noted.)

But Gorenflo said trust is not as big a barrier for this emerging industry as it is reputed to be. Polls show that trust in big institutions is at an all-time low. This is a “huge opportunity” for the sharing economy, he said.

A new generation of digital natives are already used to collaboration. “Social media is like sharing training wheels,” Gorenflo said. That attitude easily translates to the offline world.

Things I share: Enthusiasm for all the free and cheap things to do in San Francisco, from the ocean to Critical Mass. Editing and writing about a great city with a tradition of openness to new ideas and a redefinition of community.