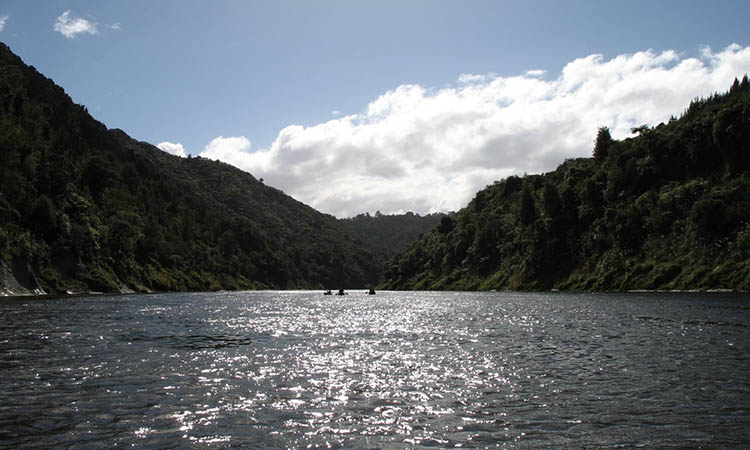 Author’s note: Last month, voters in Toledo, Ohio, passed the “Lake Erie Bill of Rights” ensuring the lake’s right to “exist, flourish, and naturally evolve” as well as their own rights to a “clean and healthy environment” and “local community self-government.” This is yet another example of how community-led ‘Rights of Nature’ initiatives are protecting ecosystems around the world.

In March 2017, the New Zealand Parliament passed the “Te Awa Tupua” (Whanganui River Claims Settlement) Bill to provision the full rights of personhood upon the Whanganui river. This landmark legislation was 140 years in the making, as the Whanganui iwi tribe had campaigned for the river to be recognised as a living entity with legal rights since the 1870s. With this new designation, if the river is harmed or contaminated it will result in the same penalties and legal ramifications as if damage or injury had been done to the tribe or any of its members, because it is now recognized as being one and the same.

Guardians from both the Whanganui iwi and the New Zealand government have been appointed to act on behalf of the river, which will be legally represented by two lawyers, and treated like a charitable trust. The legislation also provisions $80 million New Zealand dollars ($56 million) as reparations to the iwi and NZ$30 million ($21 million) toward a legal defense fund, and NZ$1 million ($700,000) to form the necessary legal framework.

Shortly after this ruling, a similar designation was given to the Ganges river by a court in India that referenced the New Zealand law as a precedent for their decision.