Rio+20: Sharing as a Transformative Tool - Shareable
Skip to content 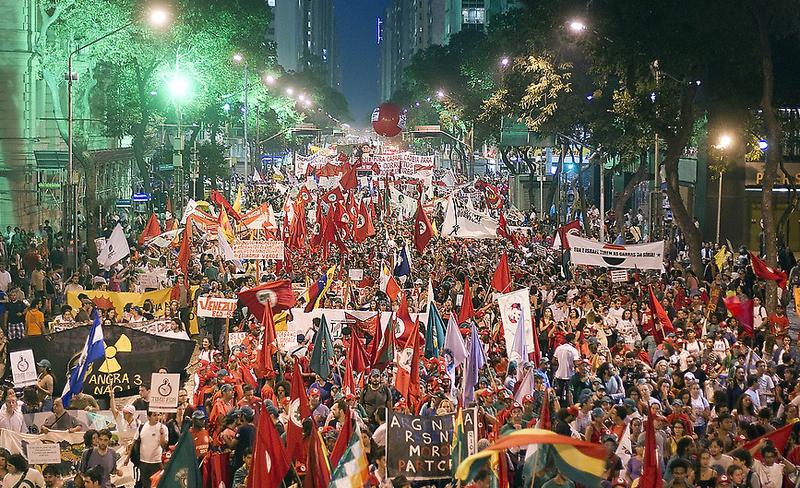 The sharing economy was not yet a topic at the Rio+20 Earth Summit, but was everywhere as a theme or a tool, from talk of the “the commons” and co-ops to talk of new technologies that reduce consumption. Most of the emergence came in side events at the RioCentro or the People’s Summit, but the needle was moved in United Nations official policy, as well.

The International Co-operative Alliance applauded the U.N. for endorsing cooperatives in The Future We Want, saying that co-ops had much to contribute to the future of agriculture and poverty reduction. Lobbyists for the Commons had hoped to get the formation of a high-level commission to promote governmental programs and structures that would promote commons; they didn’t, but it remains a part of U.N. training for diplomats.

The Internet-enabled sharing economy as known in American business is a new thread in a cluster of similar ideas, whether you call them “local/community management” or “collective consumerism”. As Dr. Oksana Mont of Lund University puts it, “In Norway, car sharing is a business; but, in Turkey, it’s 10 family members sharing one car.”

Likewise, many Ethiopian villages have common property and the Danish agriculture sector has a huge number of co-operatives. Community Forest Management is practiced in Nepal, in Mexico, and more. Taken together, they show the possible combinations of private effort, public support, and new thinking to upturn the baskets of public and private, and that must, of necessity, be the next frontier for human life on earth. 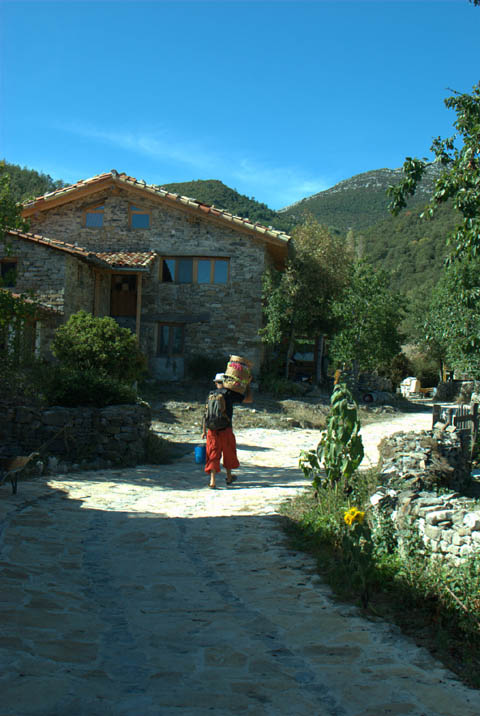 Lakabe is an Ecovillage in Navarre, France, that shows what people can accomplish when they pool resources. Photo credit: Nicholas Boullosa. Used with permission.

The Village — There is an island 90 minutes north of Buenos Aires that has been re-renamed Itekoa, ot “the place of the waters” — its indigenous name. Every weekend, Maria Giuliani and her six cohorts raft across the river and spend their weekends cutting back weeds with machetes for an ecovillage that will feature homes made with sustainable local earth, solar panels, and a beehive. Giuliani, a 35-year-old biologist, decided to build her own, “because we should do things that generate change around us.” There are hundreds of ecovillages globally, and all have their own theme; for Giuliani and company, it’s the arts. They plan to build a performance center and host residencies. Making a thousand and one decisions have taught the Itekoa group about society, in general. (Most of them were strangers before.) “It doesn’t matter if you have an immature person, as long as the group is mature,” she says. “Community is very important. The way [the U.N.] is talking about sustainable development is individualistic, but we have much in common.”

The Island — The Spermonde Islands are 54 coral-reef islands in Indonesia, overfished and filled with explosives and cyanide. Ten years of conservation efforts and a protected area wasn’t working, so the Indonesian government brought in the Leibniz Center for Tropical Marine Biology, led by Dr. Marion Glaser. Trying to protect the oceans as a Commons is difficult; accountability is a challenge, but, if successful, the island is the ultimate in scalability. Dr. Elinor Ostrom, the Nobel Prize-winning economist who studied the Commons, wrote that communication was the key factor. In the case of the Spermonde Islands, it took a card game. Glaser and her researchers designed a card game that mimicked the rules of a marine ecosystem and the implications for overfishing. They played it on five islands with group after group, and it worked. It’s too early to tell whether the fish species have recovered, but Dr. Glaser says they found that local ownership and rights are critical to making stewardship work: “We are [in Rio] advocating for capacitating local self-organization with local networks, rather than being imposed above. The question is, what can the U.N. do? What kind of environmental governance will function at the local level?” 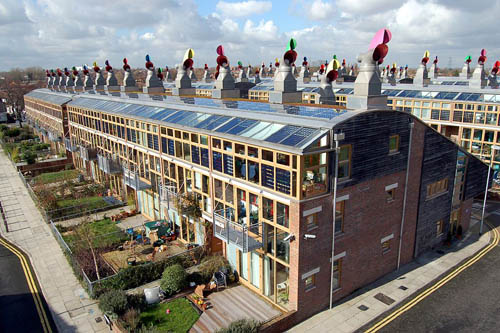 BedZED, an ecovillage in England, is one of many such projects happening around the world.

The European Sharing Project — For rich countries, reducing consumption has many environmental effects, not just locally, but downstream. For example, the Spermonde Islands' overfishing is to feed Hong Kong holiday banquets. The Collaborative Center for Sustainable Consumption and Production is looking ahead at ideas for social engineering.

A European Commission-funded think tank, the CCSCP is trying to develop replicable and scaleable models of social structures that don’t involve increased consumption, including a lot of sharing. One visioning exercises uses social media to picture what a sustainable Europe looks like in 2050.

Because. in the end, we are talking about social structures — the way human beings relate.