Cooperativism in the Digital Era, or How to Form a Global Counter-Economy - Shareable
Skip to content 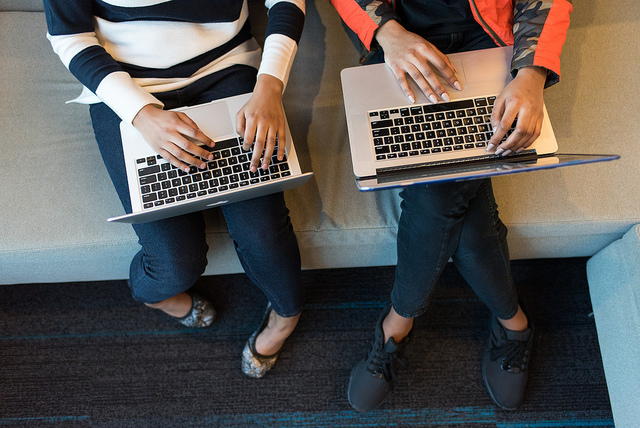 "What if this is not capitalism, but something worse?" McKenzie Wark's question eloquently summarizes the growing criticism of profit-maximizing business models within the so-called collaborative sharing economy.

That "something worse," appears to take the form of a new kind of feudalism, as in the case of Facebook. If feudalism was based on the ownership of land by an elite, the resource now controlled by a small minority is networked data. Or, as in the case of Uber, AirBnB, and TaskRabbit, it takes the form of a kind of on-demand labour system, where individuals-freelancers contribute their infrastructure and labour.

What is platform cooperativism?

The concept of "platform cooperative" has been proposed as an alternative to such "sharing economy" firms. A platform cooperative is an online platform (e.g. website, mobile app) that is organized as a cooperative and owned by its employees, customers, users, or other key stakeholders. For example, see a directory of several platform co-ops around the world.

We fully support the broader movement of platform cooperativism. However, we cannot be content with isolated cooperative alternatives designed to counter old forms of capitalism. A global counter-economy needs to be built. And this could happen through the creation of a global digital commons of knowledge.

How could commons-based peer production converge with cooperativism?

Commons-based peer production has brought about a new logic of collaboration between networks of people who freely organize around a common goal using shared resources, and market-oriented entities that add value on top of or alongside them.

Prominent cases of commons-based peer production, such as the free and open-source software and Wikipedia, inaugurate a new model of value creation, different from both markets and firms. The creative energy of autonomous individuals, organized in distributed networks, produces meaningful projects, largely without traditional hierarchical organization or, quite often, financial compensation.

This represents both challenges and opportunities for traditional models of cooperativism, which date back to the 19th century and which have often, over time, tended to adopt competitive mentalities. In general, cooperatives are not creating, protecting, or producing commons, and they usually function under the patent and copyright system. Further, they may tend to self-enclose around their local or national membership. As a result, the global arena is left open to be dominated by large corporations. Arguably, these characteristics need changing, and today, there is a way for them to change.

What is open cooperativism?

The concept of open cooperativism has been conceived as an effort to infuse cooperatives with the basic principles of commons-based peer production. Pat Conaty and David Bollier have called for "a new sort of synthesis or synergy between the emerging peer production and commons movement on the one hand, and growing, innovative elements of the co-operative and solidarity economy movements on the other."

To a greater degree than traditional cooperatives, open cooperatives would statutorily be oriented towards the common good by co-building digital commons. This could be understood as extending, not replacing, the seventh cooperative principle of concern for community. For instance, open cooperatives would internalize negative externalities; adopt multi-stakeholder governance models; contribute to the creation of immaterial and material commons; and be socially and politically organized around global concerns, even if they produce locally.

Can we go beyond the classical corporate paradigm?

We outline a list of six interrelated strategies for post-corporate entrepreneurial coalitions. The aim is to go beyond the classical corporate paradigm, and its extractive profit-maximizing practices, toward the establishment of open cooperatives that cultivate a commons-oriented economy.

First, it's important to recognize that closed business models are based on artificial scarcity. Though knowledge can be shared easily and at very low marginal cost when it is in digital form, closed firms use artificial scarcity to extract rents from the creation or use of digitized knowledge. Through legal repression or technological sabotage, naturally shareable goods are made artificially scarce so that extra profits may be generated. This is particularly galling in the context of life-saving medicines or planet-regenerating technological knowledge. Open cooperatives, in comparison, would recognize natural abundance and refuse to generate revenue by making abundant resources artificially scarce.

Second, a typical commons-based peer production project involves various distributed tasks, to which individuals can freely contribute. For instance, in free and open-source software projects, participants contribute code, create designs, maintain the websites, translate text, co-develop the marketing strategy, and offer support to users. Salaries based on a fixed job description may not be the most appropriate way to reward those who contribute to such processes. Open co-ops, therefore, may practice, for example, open value accounting or contributory accounting. Any income the contributions generate then flow to contributors according to the points they accrued. This model could be an antidote to the tendency in many firms for just a few well-placed contributors to capture the value that has been co-created by a much larger community. 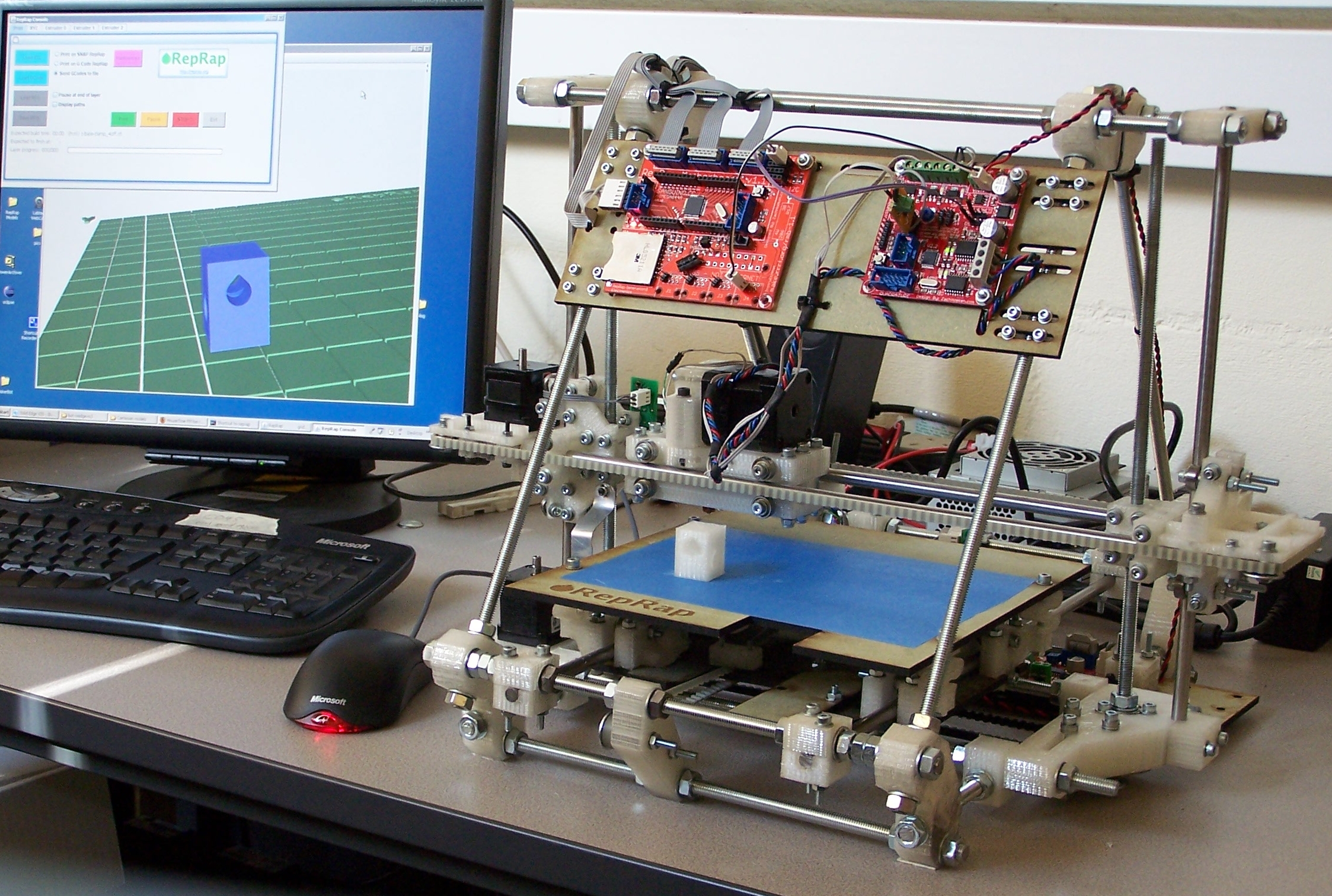 Third, open cooperatives could secure fair distribution and benefit-sharing of commonly created value through "CopyFair" licenses. Existing copyleft licenses — such as Creative Commons and the GNU Public License — allow anyone to reuse the necessary knowledge commons on the condition that changes and improvements are added to that same commons. That framework, however, fails to encourage reciprocity for commercial use of the commons, or to foster a level playing field for commons-oriented enterprises. These shortcomings can be met through CopyFair licenses that allow for sharing while also expecting reciprocity. For example, the FairShares Association uses a Creative Commons non-commercial license for the general public, but allows members of its organization to use the content commercially.

Fourth, open cooperatives would make use of open designs to produce sustainable goods and services. For-profit enterprises often aim to achieve planned obsolescence in products that would wear out prematurely. In that way, they maintain tension between supply and demand and maximize their profits; obsolescence is a feature, not a bug. In contrast, open design communities, such as these of the Farmhack, the Wikihouse, and the RepRap 3D printers, do not have the same incentives, so the practice of planned obsolescence is arguably alien to them.

Fifth, and relatedly, open cooperatives could reduce waste. The lack of transparency and penchant for antagonism among closed enterprises means they will have a hard time creating a circular economy ­— one in which the output of one production process is used as an input for another. But open cooperatives could create ecosystems of collaboration through open supply chains. These chains may enhance the transparency of the production processes and enable participants to adapt their behavior based on the knowledge available in the network. There is no need for overproduction once the realities of the network become common knowledge. Open cooperatives could then move beyond an exclusive reliance on imperfect market price signals and toward mutual coordination of production, thanks to the combination of open supply chains and open value accounting.

Sixth, open cooperatives could mutualize not only digital infrastructures but also physical ones. The misnamed "sharing economy" of Airbnb and Uber, despite all the justified critique it receives, illustrates the potential in matching idle resources. Co-working, skill-sharing, and ride sharing are examples of the many ways in which we can reuse and share resources. With co-ownership and co-governance, a genuine sharing economy could achieve considerable advances in more efficient resource use, especially with the aid of shared data facilities and manufacturing tools.

Cooperative ownership of platforms can begin to reorient the platform economy around a commons-oriented model.

We have highlighted six practices that are already emerging in various forms but need to be more universally integrated. We believe that the major aim for fostering a more commons-centric economy is to recapture surplus value which is now feeding speculative capital, and re-invest it in the development of commons-oriented productive communities. Otherwise, the potential of commons-based peer production will remain underdeveloped and subservient to the dominant system. Platform cooperatives must not merely replicate false scarcities and unnecessary waste; they must become open and commons-oriented.

Article re-posted from Open Democracy. This piece was written by Michel Bauwens and Vasilis Kostakis. Bauwens is a theorist, writer, and a founder of the P2P (Peer-to-Peer) Foundation. Vasilis Kostakis is a senior researcher at Tallinn University of Technology and the founder of the P2P Lab. This piece is adapted from the authors' chapter in Ours to Hack and to Own (edited by T. Scholz & N. Schneider, OR Books, 2016).

Bauwens is founder of the Foundation for Peer-to-Peer Alternatives and works in collaboration with a global group of researchers in the exploration of peer production, governance, and property. He has

Bauwens is founder of the Foundation for Peer-to-Peer Alternatives and works in collaboration with a global group of researchers in the exploration of peer production, governance, and property. He has been an analyst for the United States Information Agency, knowledge manager for British Petroleum (where he created one of the first virtual information centers), eBusiness Strategy Manager for Belgacom, as well as an internet entrepreneur in his home country of Belgium. He is a former editor-in-chief of the first European digital convergence magazine, the Dutch language Wave. With Frank Theys, Bauwens is the co-creator of a 3 hour documentary TechnoCalyps, an examination of the 'metaphysics of technology'. He taught and, with Salvino Salvaggio, co-edited a two-volume French language anthologies on the Anthropology of Digital Society. He has taught courses on the anthropology of digital society to postgraduate students at ICHEC/St. Louis in Brussels, Belgium and related courses at Payap University and Chiang Mai University in Thailand. Bauwens is the author of a number of on-line essays, including the seminal thesis Peer to Peer and Human Evolution, and The Political Economy of Peer Production. He was also editor of the email Pluralities-Integration newsletter (until 2007, when it ceased production). In 2008 he was external expert at the Pontifical Academy of Social Sciences. He is currently Primavera Research Fellow at the University of Amsterdam. Bauwens currently lives in Chiang Mai, Thailand. In February 2009, he joined Dhurakij Pundit University's International College as Lecturer, assisting with the development of the Asian Foresight Institute.