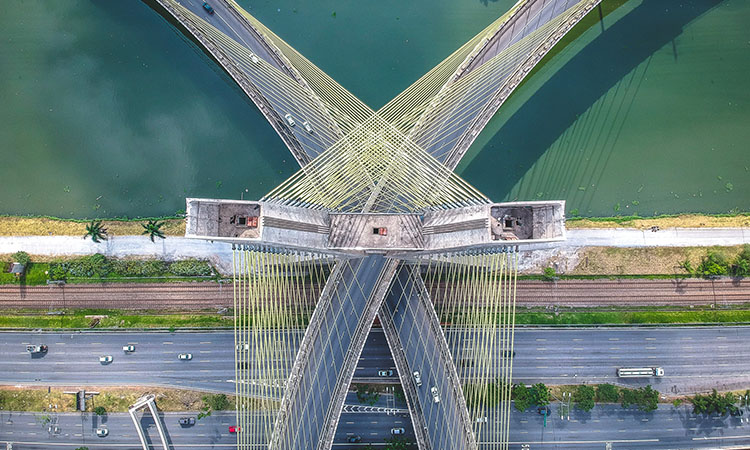 Around 19 million people live in the Sao Paulo metropolitan area. Traffic congestion is so severe that on-demand helicopter hailing between airports, hotels and convention centers has commenced operation in the city, according to a June 2016 Sydney Morning Herald news report.

A July 2014 story in The City Fix reported that the lost work hours and wasted fuel due to congestion cost the cities of Rio de Janiero and Sao Paulo around 140.4 billion reals ($43 billion) in 2013, or about 8 percent of each city's GDP. While ride sharing is one way to address congestion, transportation network companies (TNCs) are not contributing to the cost of the public infrastructure they rely on to generate revenue.

In May 2016, the Mayor of Sao Paulo, South America's largest city, announced that TNCs — commercial entities who match drivers with passengers via an app or web platform — could operate in the city in exchange for prepaid fees that will average of 0.10 reals ($0.03) per vehicle/kilometer traveled (the regulation exempts free ride-sharing services). This approach means TNCs would contribute revenue on a pay-as-you-drive basis to help the city maintain the road network and other public infrastructure.

The policy is still new, so an evaluation is not yet available. However, the city anticipates that the new regulation will raise 37.5 million reals ($11.5 million) per year. The decree requires TNCs to share their data (origin and destination, distances traveled, price, etc.), which will enable the city to better analyze, plan, and manage the city's transportation network, including the ability to incentivize TNCs to complement public transit, limit their contribution to rush hour congestion, and better serve low-income travelers and disabled persons.