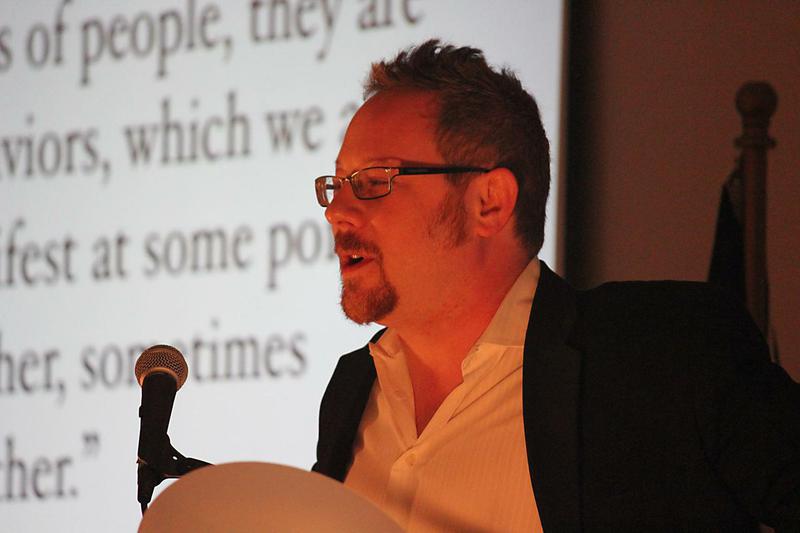 Envisioning what book publishing will look like in ten years would require uncanny prognostication skills. If such faculties exist, Richard Nash may very well possess them. Nash ran the seminal indie publishing house Soft Skull Press from 2001 to 2009 before emerging as a pre-eminent thinker on how publishing and storytelling are evolving in an age of blogs, ebooks, digital reproduction, and a global network of communities connected by interest.

Nash’s latest venture is serving as VP of community and content for the startup Small Demons, an effort to build a relational database of passages, people, locations, and things within books. The first step of this process is scraping of ebook files provided by publishers to build a database of linked textual items. Over time, the service’s users will add context, meaning, and interpretation to these entries and links, creating a social and dynamic web from the body of published literature.

It’s a role well-suited for Nash, who sees the egalitarian and communitarian ethos of ’90s DIY culture mirrored in online publishing, but on a scale unimaginable in the era of small print runs and photocopied zines. He left Soft Skull in ’09 in favor of web-centric projects because he “thought what we had learned was central to what would be viable for book publishing going forward,” he says. “We were about connecting to the audience, and our audience was both our readers and our writers.”

Indie publishers “had kind of an informal convening power,” he says. “We got people interested in similar things to talk about those things, and it seems like the Internet at its best is a tremendously powerful tool for doing that also.” The DIY publishing revolution was a response to the restrictive and homogenous gated communities of the major publishing houses. “The world of publishing was very black and white,” he says. “Well, for a long time, it was very white. 0.01% of the people who wanted to write were published, and the role of the other 99.99% was to buy the books of that .01%.”

If DIY publishing lobbed a few well-aimed molotov cocktails at the gate, online publishing flattened it with the force of a M1 Abrams tank. The major publishing houses are scrambling to retrench—colluding with Apple to undermine Amazon’s hegemony, insisting on restrictions that damage user experience and lock out libraries. Meanwhile, the other 99.99% has waltzed in and set up shop, publishing blogs, building distributed communities where every member is in a way a writer, and in a handful of cases, making millions of dollars by selling self-published eBooks on the Kindle store for 99 cents a piece.

These are the predictable effects of disintermediation, but the disruption is far more fundamental and transformative than a mere upending of a business or distribution model. “We’re seeing reading become more of a productive act rather than a passive act,” Nash says.

In response to this shift, Nash founded Cursor, a social platform to help indie publishers curate communities of reader-writers. He runs the small publishing imprint Red Lemonade, which runs on the Cursor platform, to scratch his book publishing itch. But Small Demons may be the most radical rethinking of how people interact with books that Nash has been involved in since leaving Soft Skull.

“This isn’t about telling people, ‘here’s a new way to read’,” Nash says. The message to book lovers is instead “‘you’ve been reading like this all along, here’s something that allows you to do it more easily and connect it all up.’” By scraping the text of eBooks, linking into open data platforms, and inviting users to add context and human intelligence to the connections, the vision of Small Demons resembles the Internet as reimagined by Jorge Luis Borges, fitting since the company’s name is inspired by the author’s short story “Tlön, Uqbar, Orbis Tertius”.

Nash is quick to emphasize that Small Demons is only a single piece of the puzzle. “It’s an incremental improvement in the ability of writers, readers, and publishers to form connective tissue amongst one another,” he says. “You can’t solve every problem at once. Better to solve one problem at a time.” If online publishing has shown anything, it’s that there will be a multiplicity of platforms for community and expression. What matters is that these platforms can connect through API’s and open standards. As Nash notes, “Any given data set is usually pretty stupid on its own.”

Ultimately, books are only one tool for telling stories. Nash is inspired by the ongoing storytelling resurgence, manifested in forms as varied as live storytelling series and data visualization. “Let me make a grand historical claim,” he says. “I think we are coming to an end to a blip in human history where storytelling was in the hands of the few.”

“For a [print] publisher, the ideal scenario is to sell a billion copies of one book,” he says. “That is the most profitable model for analog publishing.” But the analog publishing era only comprises a small sliver of human history. “Before there was analog reproduction,” Nash says, “people in the village listened to each others’ stories, and there would be one storyteller who, for various readers, could tell a great story, so they were able to tell the Gilgamesh or the Oedipus story.”

“The Internet, because it has been undermining the hegemony of analog production, is opening the space for all of us to tell more stories,” he adds. “Its effect is most obvious online, but it is also reminding us that we all have the ability to tell stories away from a screen.”