The eBook as (less than) Hypertext - Shareable
Skip to content 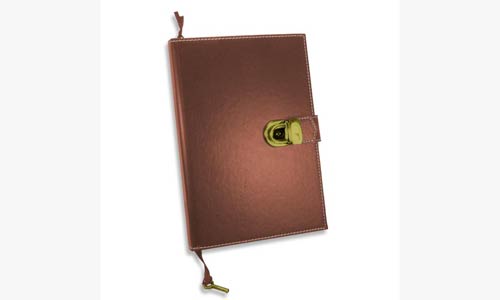 We live in an era when almost all text is hypertext, easily copied, pasted, tagged, and re-posted in moments. The noticeable exception is eBooks, which lock the text down, using apps that don’t offer the basic functionality we expect from any other application.

The file format for Apple’s iBooks is ePub, basically a simplified form of HTML, the coding language that formats all text on the web. Judging from the technical specifications, there is no reason why a reader, in theory, couldn’t copy and paste text for whatever use she saw fit. But Apple’s iBooks and Amazon’s Kindle only allow you to do two things with the content: highlight it, or look it up in the built-in dictionary.

While piracy is a real threat for publishers and authors, such limitations are draconian and only serve to frustrate readers. They fail as basic piracy protection: DRM on eBooks can be easily cracked, allowing the files to be torrented around the world instantaneously. Not to mention that copying and pasting the entire text of a book using a device such as the iPad or Kindle would be unwieldy, and strip all formatting. Clearly, the publishers and distributor’s aren’t demanding these feature lockdowns to discourage piracy. Instead, they’re asserting an antiquated sense of control over what the readers can do with the words they’ve purchased. They’ll lock those options down as much as technically possible, even if these limites violate fair use or render eBooks a substandard product.

I’m not in opposition to book publishers and authors protecting their work within reasonable limits, but these sort of unnecessary hindrances to functionality do nothing but antagonize eBook early adopters such as myself. As Matt Wood writes at the TriQuarterly blog:

There's no reason an e-book can't be manipulated and referenced the same way a Forbes article can. When I'm reading an e-book on my iPhone or iPad and come across a choice passage my first instinct is to share it on Twitter, but neither the Kindle nor the iBooks app will let me, presumably because of copyright concerns. I should be able to. Why not limit the amount of text I can copy to, I don't know, 140 characters (or minus whatever it takes to link to their store).

I’d be okay with that for the time-being, though most worthwhile passages in books are longer than 140 characters. If there is a passage I really want to share with readers, I’ll make it happen somehow, whether by finding a non-locked version of the book, or propping the iPad up and transcribing the passage on my laptop. Folks in the music and film industry bemoan the “analog hole”, referring to the analog outs on a legacy audio and video equipment that allowed for copies of digital content. eBook creators and distributors have a more pressing problem: their readers are the analog hole itself, keyboard or pen in hand, so they may repurpose the published content in whatever way they sit fit.

The proposition publishers and authors face is simple, though often missed in board meetings and investor calls: they can recognize that the way we interact with content has fundamentally changed and work to ensure reader satisfaction, or they can cling to an outdated and dying model of distribution and frustrate their most loyal customers.