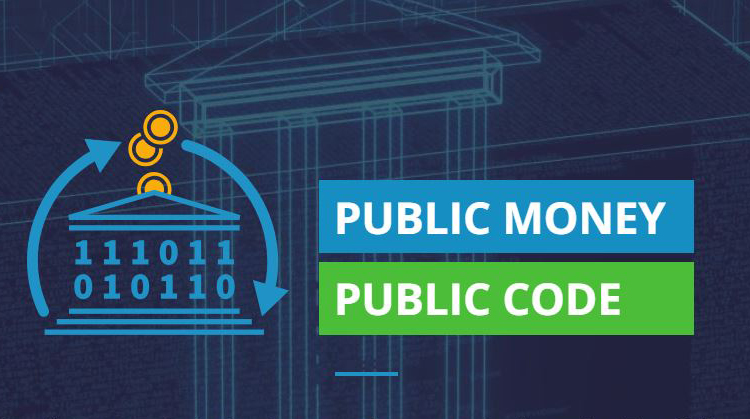 In recent years, local governments have increasingly turned to open-source software as a way of reducing costs and increasing transparency. The Free Software Foundation Europe (FSFE), a nonprofit behind the Public Money, Public Code project, advocates for making all publicly-financed software open source. The Public Money, Public Code open letter has gathered over 18,000 signatures from around the world. We spoke to the group's program manager Max Mehl about what a transition to open source would entail and what the implications would be for cities.

Ruby Pratka, Shareable: Why do you think the Public Money, Public Code movement is catching on now?

Max Mehl, Public Money, Public Code: This issue has been there for many years in the free software movement. We have been thinking a lot about how public money is used. Proprietary software is created in a form that does not allow the public to use, understand, share, or improve it. We decided that it wasn't good enough to advocate for open-source software on a regional or national level, but on the global level, we made a framework that people can use to push for free software. We started last year and we will continue through the next European elections.

Tell me about some of the work involved in switching government platforms to open-source. What kind of challenges have you encountered?

There are a lot of issues. Proprietary software is often sold with a restrictive license and can't be checked for security loopholes, and other entities are not allowed to use software how they see fit. The public should be interested in knowing how data is handled, and often the systems administrators themselves don't know how to fix issues that arise or what is happening to data in the hands of third parties.

We see technical issues that are caused by the old software that administrators want to get rid of — there are interoperability issues such as proprietary document formats and having to convert those documents so they can be read with the new software, getting the new software to work together with the existing infrastructure, but the more free software there is, the easier it is to create and use. It's just a matter of starting that process.

What are the advantages of switching to open source?

It saves time and money because new versions of programs don't have to be built from scratch every time. It also creates a situation where there's more collaboration between users, more transparency and interoperability between different programs. It fosters innovation and makes government bodies independent from software vendors.

Do you know what software is being used by your local government and how the data is being used? To find out, you would probably have to ask a lot of people. What we want is to have all software published under free and open source licensing so members of the public and outside security experts can understand what's going on, check for security issues, and better understand what organizations are actually doing with the data.

How does having more open source software create opportunities for public collaboration and participation in city government?

One of the basic principles of open source code is that it's created collaboratively. The administration can see improvements made in one version of the software, for example a version used in a nearby city, and use them in another. That drives a lot of collaboration between users. Systems administrators can work together in creating new software and don't always have to do everything on their own, so in the end it's more efficient.

If anyone can modify open-source software used in government, won't it be easier for people with bad intentions to undermine it?

That's a common misunderstanding. It's actually better for security if software is transparent and source code published, because it is easier for security experts to see what's going wrong inside the software. Ill-intentioned people will find out what to do anyway if they really want to subvert the software, but more people can verify the code. We've seen that with Linux. It is stable, secure and transparent, and we don't see a disadvantage in the fact that it's open-source.

The city of Barcelona has been spotlighted as an early adopter of open-source software. What other administrations have been early adopters, and what can you tell us about how that has worked out for them?

The concept of free software is very old. In fact, there have been many administrations using it. The Barcelona case is special because they have committed to investing 70 percent of their software budget in open-source software, and because they've understood that it's not sufficient just to use free and open source software, but also to procure it in a way that enables regional and smaller suppliers to bid for government contracts. The benefits of free software are understood because it's cheaper. Barcelona has also favored policies and guidelines to help the civil service procure and create free software — they are taking this really seriously. There are many other examples of early adopters. Paris and Madrid are not only using free software, but working on contributing to it. In the U.S., a government website called code.gov is collecting publicly funded free software, although what the new administration is going to do with that initiative is an open question.

How can an individual or their company get involved with the open source movement?

We have set up an open letter signed by over 18,000 people and more than 150 organizations including the City of Barcelona. We have seen a rise in awareness and understanding in many sectors that makes it easier for groups like ours to push for free software, but we have a long road ahead of us to make it easier for people to access.

Header image is a screenshot from Public Money, Public Code.