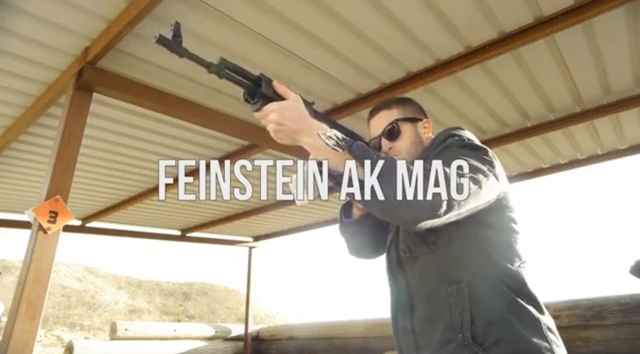 On Saturday, 3D-printing organization Defense Distributed obtained a federal license to manufacture and sell 3D-printed guns. Defense Distributed first came to public attention as the center of controversy when they had their first 3D-printer confiscated by its manufacturer and Makerbot deleted their files from Thingiverse, but now they have achieved government sanction to continue their work.

Their plan—to design printable guns and release the designs for free across the internet—has caused cognitive dissonance for both the anti-patent, anti-copyright left and the libertarian right. For example, when Defense Distributed co-founder and director Cody Wilson appeared on Glenn Beck (see video below) he referenced Michel Foucault and anarchist critiques of patent, and Beck said he wasn’t sure if Wilson was “friend or foe”.

3D-printing an open design gun is a logical if extreme limit of the open source movement. If you truly want everything to be free to distribute and be made, then you want this for guns too. This puts many in a moral quandary: they don’t like guns or want more guns in the world, and an untraceable open source gun can be seen as an actively dangerous outcome of totally open 3D-printing. It forces a confrontation with the actual meaning of open source, and asks those who support it to make a choice about how far they actually follow the ideology.

Some have seen Defense Distributed actions as hijacking open source discourse toward a right wing goal: more guns, more easily available. Videos of Wilson firing printed assault rifles and the way some on the right have embraced his plan have been used as evidence toward this end. But, after watching a number of their videos and reading up on their texts, to me their commitment to open source seems genuine.

In a video released on March 11, Wilson announced the introduction of Defcad Search, a search engine for 3D-printing models that would be unblockable and totally open, a way of working around the government, industry and the “collusive members of the maker community”. In it, he states that they are against “artificial scarcity, intellectual property, copyright, patentable objects and regulation in all of its forms.” Text on Defcad.com points out that industry and government are going to fight hard against printable cars, pharmaceuticals, weapons, drones and medical devices. Defcad is intended to be a force (much like Pirate Bay or Bittorrent) against the encroachment of the law and monopoly.

In the video, Wilson asks “can 3D-printing be subversive? If it can, it will be because it allows us to make the important things…the things institutions and industries have an interest in keeping from us.” The utopian image projected by 3D-printing advocates often involves medical or agricultural technologies. What are the odds that, once real achievements are made in those fields, the industries that profit from such copyrights won't attack with the same vigor that Hollywood and the music industry have attacked pirates? Monsanto already regularly sues farmers for ‘stealing’ their seeds, and pharmaceutical companies favor research on patentable medicine rather than the most vital cures. People will need sites like Defcad Search to reliably access the tools that make 3D-printing most revolutionary.

It seems possible that Defense Distributed could become just another gun manufacturer: possible, but unlikely. And if Defcad search really takes off, it will be a vital force in protecting the future of open source and the potential of 3D-printing.