Podcast: How Residents of an English Town Took Governance and the Local Economy Into Their Own Hands - Shareable
Skip to content 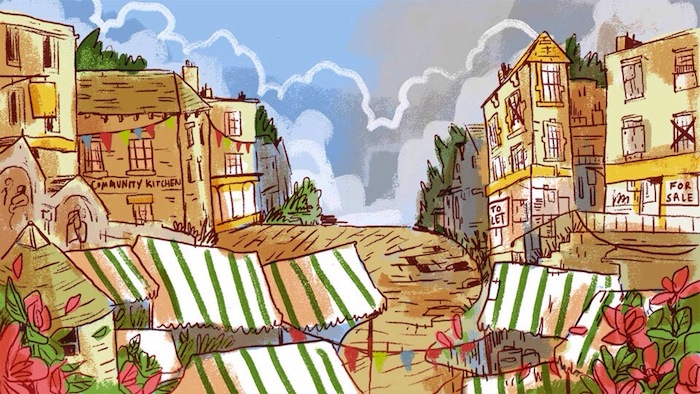 The stories in this series come from a small town in the United Kingdom called Frome, but the themes and topics explored are global in scale, ranging from the Americas to the Himalayas. Despite its unique setting, nestled in the sleepy countryside of southeast England, Frome is a microcosm of much of what is taking place in towns and cities around the world. The voices of Frome tell stories that will sound familiar all across the globe, and if you listen closely, you just might hear your own story in there as well.

Our story begins in a noisy bar. A few years ago, a group of disgruntled Frome residents were sitting around a table at their local pub, complaining about how bad their local town council was. Sound familiar? Well, this story is a bit different. Fast forward a few years, and the coalition that these residents decided to form has completely replaced every last council member. This coalition is known as the Independents of Frome, and their platform is based on a rejection of traditional party politics and on bringing power down to the local level.

This episode explores the Independents of Frome, as well as many of the initiatives that they have promoted and supported: a community fridge, a library of things, a town resilience officer, and more.

But the story of Frome, like most things in life, is not as simple as it may appear. This town has a long and at times dark history, and when parts of that history are uncovered, old wounds are revealed which tell an all too familiar story of division and gentrification. We’ll touch on this history here before we delve much deeper into these divides next week, in part two of this three-part series.

This is the first in a 3-part documentary series by Upstream exploring the intersections of new economics, class division, and wellbeing. Listen to the second part here: A View of Global Economic Inequalities from the English Town of Frome and the third here: What Would an Economy Based on Wellbeing Look Like?