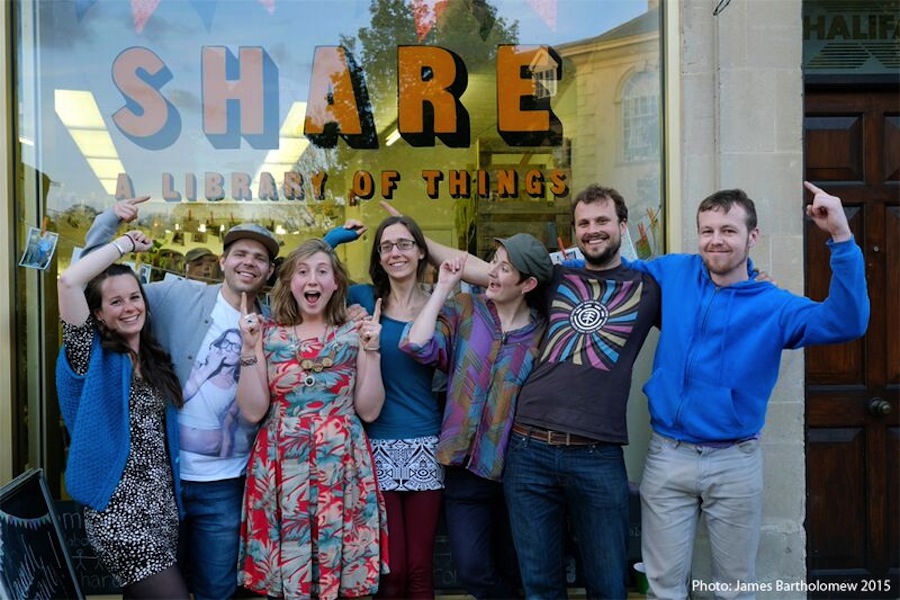 Imagine going to a shop, borrowing anything you like, and returning it when you're finished. This is the idea behind SHARE: a Library of Things. Opened in late-April in Frome, a town in southwest England, the aim of SHARE is to enable people to spend less, waste less, and connect more. The first of its kind in the U.K., SHARE has already sparked interest from other communities.

“We have daily positive comments about the idea [and] the community seems to be in full support,” says Charley Murrell, one of the project managers of SHARE. “We have also been contacted by various people from over the country wanting to replicate a similar project and asking for advice.”

Murrell, along with seven other young adults, planned, researched and created the shop in eight weeks as part of an intensive program designed to teach them about social enterprises. The brainchild of Anna Francis, Frome town council’s energy and recycling officer, SHARE was catalyzed by Edventure, a “social enterprise supporting young adults to take initiative and create viable, sustainable futures for themselves and their communities.” It was also supported by local community members who contributed expertise, time, and donations. 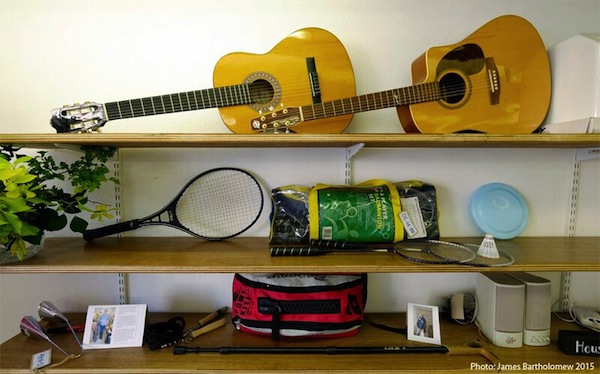 At SHARE: a Library of Things, you can borrow anything you like, including instruments, sporting goods, and household items.

In just over a month, SHARE has had over 300 items donated or lent to the shop, welcomed 60 new members, and loaned over 30 items, including a leaf blower, a record player, a projector, a PA system, toys, and musical instruments, all on a donation basis. Murrell says the number of loans is steadily increasing as everyone gets used to the idea.

The shop is run with the help of 15 community volunteers. The SHARE team is preparing to hold their first open business meeting, where anyone in the community is welcome to help shape the project.

SHARE is the latest addition to a growing network of local sharing projects that are transforming Frome into a sharing town. Frome already has an electric car sharing program, a recently-purchased 34-acre plot of community-owned land, and FRECo, and a community-owned energy cooperative.

“The shop contributes a huge amount towards Frome becoming a sharing town,” says Murrell. “It provides a physical hub for people to share items, ideas and skills. And we will be promoting sharing further through other promotional ideas and projects and a sharing festival planned for autumn.”

Organizers also hope to host the Happy Nappy Library, which promotes the use of reusable diapers, and they are talking with other sharing projects including a maternity clothes sharing scheme and a musical instrument recycling and sharing project.

While Frome doesn’t yet have a formal town sharing program, Francis says this is something they’d be interesting in exploring. Sharing already fits nicely within Frome's adoption of One Planet Living principles, which include sustainability, health, happiness and local equity. She adds that the town council is now led by Independents for Frome, a group of “passionate local people who decided to stand for doing things that are best for the town rather than towing party political lines.”