Podcast: A View of Global Economic Inequalities from the English Town of Frome - Shareable
Skip to content 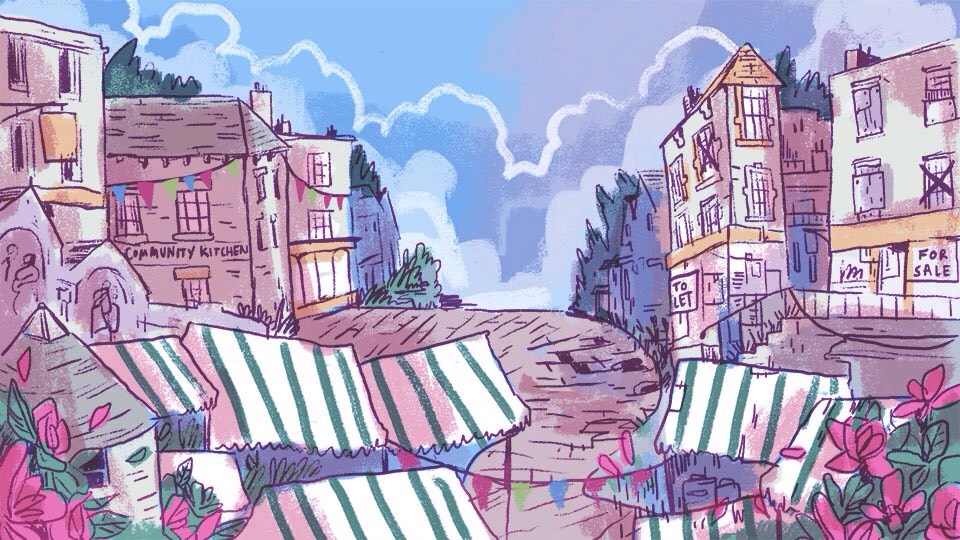 After exploring some of the exciting initiatives developed by Frome's radical town council in last week's episode, this second episode investigates the themes of economic inequality, gentrification, and poverty within the town of Frome and also at a national and global level.

In the 1970s and 80s, a series of economic policies began to take hold all over the world. These policies, and the philosophies behind them, have come to be known as neoliberalism, and they have proven to be incredibly harmful to society as a whole. During this period, factories closed, industries disappeared, jobs became scarce, and the foundation of many communities were ripped out from under their feet.

The renowned Marxist scholar David Harvey has described these neoliberal policies as a type of class-war waged on the 99 percent by the one percent, and in this episode, Upstream explores some of the results of this 45-year battle both through the perspective of Frome, which was impacted heavily by neoliberalism, and also in cities across the globe.

How did the neoliberal policies of Margaret Thatcher and Ronald Reagan impact communities like Frome? How is economic inequality tearing at the fabric of society? What exactly are the causes of gentrification? These are just some of the topics explored in this deeply engaging and candid episode.

This is the second in a 3-part documentary series by Upstream exploring the intersections of new economics, class division, and wellbeing. Join us next time for final part the series, where you'll travel to a small kingdom in the Himalayas, an indigenous village in the Sierras of Peru, and the headquarters of Happy City Bristol, to talk to the visionaries of new cultural paradigms, as they the reveal the secrets of happiness and wellbeing that are hidden right beneath our noses. Don't miss it.