OuiShare: Facilitating the Shift to a Collaborative Economy - Shareable
Skip to content 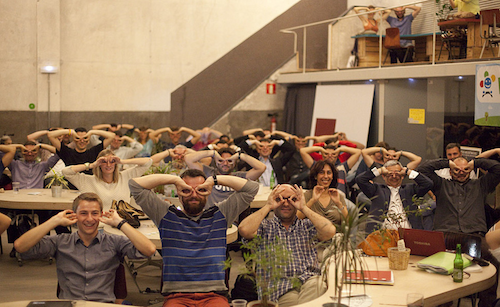 Forget about the oh-so-twentieth-century notion of one voice broadcasting ideas to the many. These days, there are new ways of doing things. Collaboration and sharing–the many-to-many model–has emerged as a game-changing method of communication, development and problem-solving. Communities around the world that foster a spirit of participation, rather than just consumption, are demonstrating the power, and innovation potential, of the group mind.

OuiShare, an open network based on peer governance with active communities in Paris, London, Brussels, Barcelona, Rome, Madrid, Munich, Berlin and more, is taking the idea of collaborative community to the next level. When Shareable requested an interview with OuiShare co-founder Antonin Léonard, it was suggested that, rather than just interviewing one OuiShare connector, we could do a group interview and talk with a number of them. This way of thinking and acting, where many voices are more valuable than one voice, is at the center of OuiShare’s philosophy.

“Many members of the network have specific areas or projects they are responsible for such as our online magazine, a local community, or international events,” says OuiShare Munich connector and co-editor of OuiShare.net, Francesca Pick. “But we don’t have any bosses. Even though this can be challenging at times, we believe that the benefits of such an organizational structure outweigh the disadvantages since this encourages people to participate in the organization and develop their ideas within the community. When you put things into your community’s hands,” she continues, “it flourishes and grows organically.” 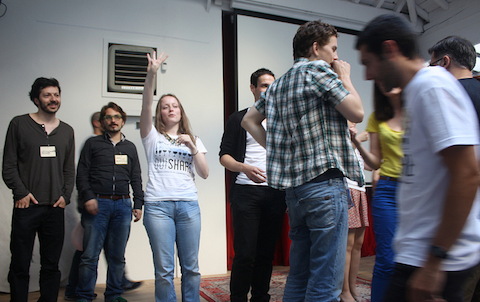 What this looks like in practice is that through events, workshops, Meetups, festivals, shared meals, drinks and more, OuiShare engages people in local collaborative and sharing projects, provides models for hosting events in any town, evangelizes for the collaborative economy and inspires the global community through connecting people online and off.

OuiShare offers a best-practices blueprint to those who want to create OuiShare events in their own cities, but OuiShare connectors see the blueprint simply as a jumping off point, knowing that collaborative events, by their very nature, will take on a variety of unexpected forms and functions.

“Usually, people get in touch with OuiShare thanks to the events,” says OuiShare Rome connector Simone Cicero. “Then they understand that OuiShare can be a learning experience and a place where they can find coworkers, partners and friends. The OuiShare community usually acts as a trigger for cooperation between the people from the community.”

A fast-growing network of over 300 members in cities around the world, OuiShare has humble beginnings. In 2010, Léonard started a blog about collaborative consumption and found a community of like-minded people. In 2011, he created a Facebook group for those confident that the collaborative economy represents a brighter future, and working to make it a reality. The group met once a month in Paris.

“At that time,” says Léonard, “my intuition was that a new culture was emerging, a culture of openness, transparency, empathy and that this culture would be the foundation of what would become OuiShare.”

The group’s first goal was to launch a collaborative online magazine to document the stories of sharing and collaboration happening around the world and to, “spread the sharing virus.”

As the community and sharing movement gained momentum, the group, which was known as the French Collaborative Consumption Community, changed its name to OuiShare and hosted the first European Summit in May of 2012. 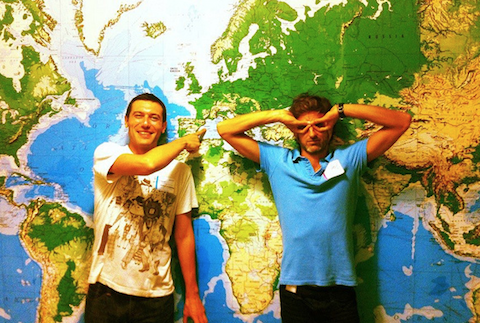 Sharing communities in different locations saw what was emerging and decided to join forces with OuiShare. Cicero, who was “bootstrapping” Hopen, a similar community in Rome, attended the summit and felt that it was worthwhile to “join the efforts and jump into a global community.”

“It’s like with open source,” he says. “Why shall I reinvent the wheel of building a conscious, learning-oriented, resilient and collective community for change, when I can just build on top of common achievements? It was a no-brainer to me.”

Barcelona connector and founder of Consumo Colaborativo, Albert Cañigueral had a similar experience. “I developed the Spanish blog consumocolaborativo.com and got in touch with Antonin at very early stage,” he says. “It was clear that with a personal blog (his blog in French or mine in Spanish) it is difficult to build a community, so the people in Paris decided to launch a new collective project and name it OuiShare. It was a no-brainer for me to join too.”

Collaborative in every way, OuiShare draws on the input and ideas from everyone to help shape it. The community lists among its values, openness, transparency, independence, inclusion, permanent beta, and action. Cañigueral references the word “stigmergy” to describe the OuiShare community.

This open approach encourages a variety of projects and collaborations and allows for integration with other networks that are focused on different, though compatible, areas of the collaborative movement.

“We not only focus on collaboration within the OuiShare community,” says stateless OuiShare connector Elf Pavlik, “we also look for ways to work together with other existing networked communities.” He mentions the P2P Foundation, Open Knowledge Foundation, MakeSense, Edgeryders, Transition Network, Open Source Ecology, hackerspaces & makerspaces as networks that OuiShare works with. “Of course,” he continues, “different participants of the OuiShare network stay involved to different degrees in projects led by people associating themselves with various other networks.”

One of the strengths of OuiShare is the diversity of the network. The benefit of having OuiShare members from a variety of backgrounds, with different interests, perspectives, and motivations for being involved was mentioned several times by OuiShare connectors.

“We are a diverse group of people,” says Pick, “which has been a huge source of inspiration to me and sparked many new ideas. But what unites us are common goals and visions for the future, which we are all trying to attain with different approaches and skills.” 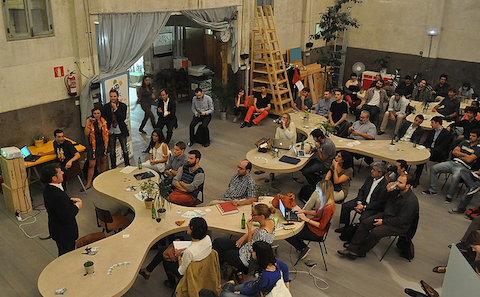 In May, OuiShare is hosting OuiShare Fest, the first major European event dedicated to the collaborative economy. A three-day gathering in Paris for professionals, public officials and the public, the fest features dozens of speakers, hands-on activities, music and more.

“Just like OuiShare itself, the Fest will be nothing like anything you would expect from a conference,” says Pick, noting that the event will be a community collaboration from the planning stages through implementation.

“We also have the aim of using this opportunity to create awareness for the collaborative economy outside of the small circle of people worldwide who already support it among the public mainstream,” she continues. “We see this as an important step in sensitising policy makers for the legal challenges many startups in the space currently face and hope to demonstrate the necessity for new legal frameworks.”

As for the future, OuiShare sees itself as one part of a movement working toward a more collaborative society. With an eye on this vision, OuiShare supports community members in creating and participating in their own ways; bringing unique and valuable insights, ideas and contributions to various projects. This approach ensures the fluidity and decentralization necessary to realize widespread change.

“The big picture vision,” says Pick, “is that OuiShare becomes a crucial vehicle in facilitating the shift to a collaborative economy by growing a strong, international network of people and projects. How exactly we will achieve this aim is an evolving process.”