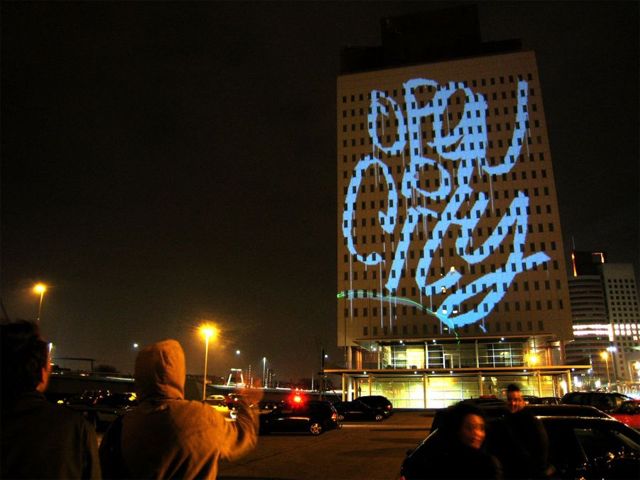 As Jeremy Adam Smith wrote on his post "Shareable Futures", the nation and its cities are in desperate need of new ideas. Urban renewal not only in the pragmatic sense but also in the way we think about civic engagement and how our institutions can operate. But how do we get closer to a more shareable future? One promising route is the Open Data movement, initiatives to leverage the sheer bulk of data collected from city institutions and services and make them available to citizens who will leverage that data in innovative ways.

The movement has gained traction in cities such as New York City, San Francisco, Toronto and Vancouver. As San Francisco's Data SF explains on its website, "the goal is to improve access to city data through open machine-readable formats." In theory, open data and robust API's will spur imagination of tech innovators to create tools which improve civic engagement among citizens.

Christian Madera describes the movement at the Next American City blog:

The open data movement has made a strong case for cities to make their municipal data freely available to the public. Cities that do so get to tap into communities of civic-minded developers that can create useful applications to help citizens learn more about their community – and help make certain government-citizen interactions more efficient. In addition, the transparency and accountability that open data fosters can help build trust between residents and public officials, encourage more citizen engagement, and ultimately lead to more responsive and citizen-focused government.

It's an exciting prospect: several strata of city government bloat and bureaucracy could be cut through with open API's and a few really good coders. And while the reality is inevitably more complex than this tech-utopian prospect suggests, the nascent Open Data movement has already scored a few notable successes.

Madera writes of one such project, IBM's CityForward web app. It enables city managers and citizens to draw conclusions from previously unrecognized data trends using innovative data visualization tools. The software's set of algorithms can discover trends within reams of city data that previously cities did not have the technology or resources to aggregate.

At Planet Zen, Nate Berg writes about a more practical tool, SeeClickFix, which allows residents to create what are basically support tickets for civic nuisances such as potholes, and follow the city's response online. While the tool sounds prosaic at first, it could have the net effect of increasing civic engagement among citizens. Regardless, it stands as a promising proof-of-concept of what can be achieved as these initiatives mature.

As promising as this all sounds, history is littered with idealistic urban initiatives to eliminate bureaucracy by harnessing the innovative, competitive spirit of the free market. Many of these have failed or been ineffectual. Will the Open Data movement suffer the same fate?

Open Data advocates point to two major challenges. Some projects have experienced reluctance from agencies unwilling or unable to implement the technologies necessary to make their data accessible. Even in New York City, which has embraced the movement whole-heartedly with its NYC Big Apps project, some city agencies have refused to comply. Also, the initiatives may exacerbate digital divide issues, by increasing the accessibility of city services for only an affluent, tech-savvy portion of the population. Berg notes that Ron Vinson, San Francisco's director of media, has stated "I never want to be in the situation where government is elitist." As Berg notes, Vinson's concerns are echoed by other Open Data proponents, including Daniel X. O'Neill of hyperlocal news service Everyblock, which creates customized community news feeds by pulling from city data such as police reports and health inspection results.

This concern is legitimate–no number of iPhone apps will replace the necessity for universally-accessible public services such as 911. But digital divide issues are not confined to the Open Data movement, and the fact that many of its brightest lights are engaging with the issue so early after its inception demonstrates a commitment to finding ways that Open Data initiatives can improve digital inequities.

While the Open Data movement has yet to demonstrate its killer app, it shows much promise. It will take commitment from both innovators and the city governments to sustain the momentum over the year, but these early successes suggest that open API's and killer coders may be able to revolutionize the way cities operate and interact with their citizens.

Read the City of Vancouver's Open Data motion at Cities That Think Like the Web.