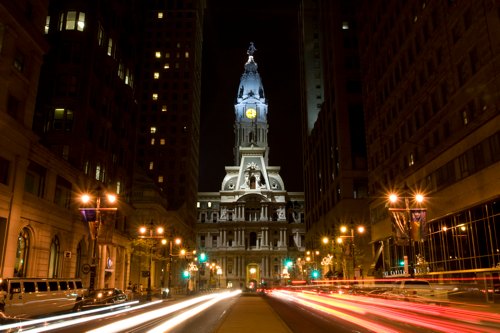 Transparency builds trust. The phrase has become so axiomatic in corporate relations that it’s inching perilously close to cliché. And while virtues of openness and transparency are well-established in the corporate world, they're even more essential when applied to the operation of city governments. A recent Knight Foundation/Pew Research study shows how important, demonstrating that if citizens believe their city governments behave in a transparent manner and make information easily accessible, they tend to think more highly about their town and its civic institutions.

The study, “How the Public Perceives Community Information Systems” (.pdf link) found that citizens who believe their local institutions share information well are more likely to think positively about the effectiveness of those institutions, and feel confident that the city can and will provide them with relevant information. In doing so, an open government empowers residents, making them feel that they can effect change.

The Knight Commission on the Information Needs of Communities in a Democracy defines a strong civic information system as requiring “a robust, diverse supply of information, a sophisticated communications infrastructure for delivering information, and residents with the skills needed to access that information and use it in effective ways to address their community’s needs.” The Commission focused on Macon, Philadelphia and San Jose after identifying certain traits that cities with strong civic information systems share, including a local government that is committed to transparency, widely-accessible high-speed Internet access, and a centralized online portal for city services and information.

That said, these sentiments were far from unanimous. In San Jose, 72% of respondents said their local government shared information “very well” or “pretty well”, while in Philadelphia that number dropped to 55%. In another interesting data point, the study found that broadband users were more critical of the effectiveness of the city information systems, leading the researchers to conclude that broadband access creates more activist citizens. One potential reason for this is that tech-savvy residents expect more from their cities’ information infrastructures.

Regardless, the study demonstrates a strong correlation between transparency and citizens’ sense of civic responsibility and engagement. Sharing information is an empowering thing, and as we’ve covered before, sharing is contagious. It’s essential for city governments to play a role in this process. These transformations in how we interact with urban spaces and institutions–and what it means to be an engaged citizen–will be examined in Shareable’s upcoming series of conversations about cities as platforms for sharing. More information about the inaugural event, Share SF, can be found here.