Not surprisingly, San Francisco is on the leading edge of cities embracing open government initiatives. With the city in the midst of a mayoral race, the intersection of technology and governance are taking center stage with the city’s Summer of Smart project. Named as a sly shout-out to the Summer of Love, Summer of Smart aims to incubate new ideas for city governance through a series of public events, hackathons, mixers, tech-focused mayoral debates and a civic-minded unconference.

Summer of Smart is a project of Gray Area Foundation for the Arts (GAFFTA), a Bay Area nonprofit that describes itself as “dedicated to creating social consciousness through digital culture.” Aiming to foster a creative dialogue between the city’s Department of Technology and its developer, urbanist and social justice communities, Summer of Smart is an initiative to find data-driven solutions to some of San Francisco’s most pressing social issues. At the core of this collaborative initiative will be three 48-hour long hackathons over the course of the summer, bringing together developers, designers, community leaders, urban planners, journalists, and artists to prototype innovative solutions using public data. The three weekends will address specific civic concerns, with the first on June 25 focusing on community development and public art. The following two hackathons will address sustainability, transportation and energy, and public health, food and nutrition, respectively. A pilot "hack day" held by GAFFTA in November 2010 produced We All Need, a location-based microblogging project to solicit and map stories of the most urgent needs in the city’s Tenderloin neighborhood. 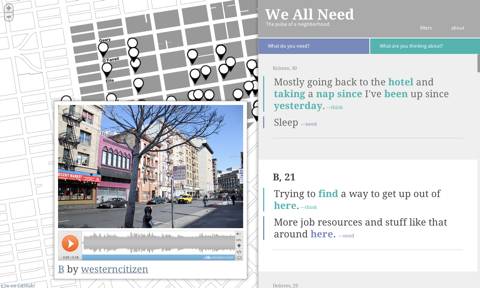 Summer of Smart will also include a number of other civic-minded events, including seminars, mixers and a series of debates between the nine mayoral candidates on technology and open government. The first debate on June 16, organized in partnership with GovFresh and Change.org, serves as the official kick-off for Summer of Smart, and will be followed by the second annual CityCampSF unconference on the 18th, during which municipal employees, journalists, developers and neighborhood leaders will discuss tech-driven solutions to community and government issues.

Announcing the launch of Summer of Smart, CIO for the City of San Francisco Jon Walton stated “cities across the world are recognizing the value of sharing data freely. We hope to continue the evolution of open data and its connection to civic engagement through Summer of Smart’s focus on rapid innovation and project sustainability.” With city budgets contracting, innovative solutions to governance and civic issues are needed more than ever. Summer of Smart demonstrates San Francisco's committment to open government, and serves as a model for other cities that want to encourage a dialogue among city officials, urban planners, developers and social change advocates.