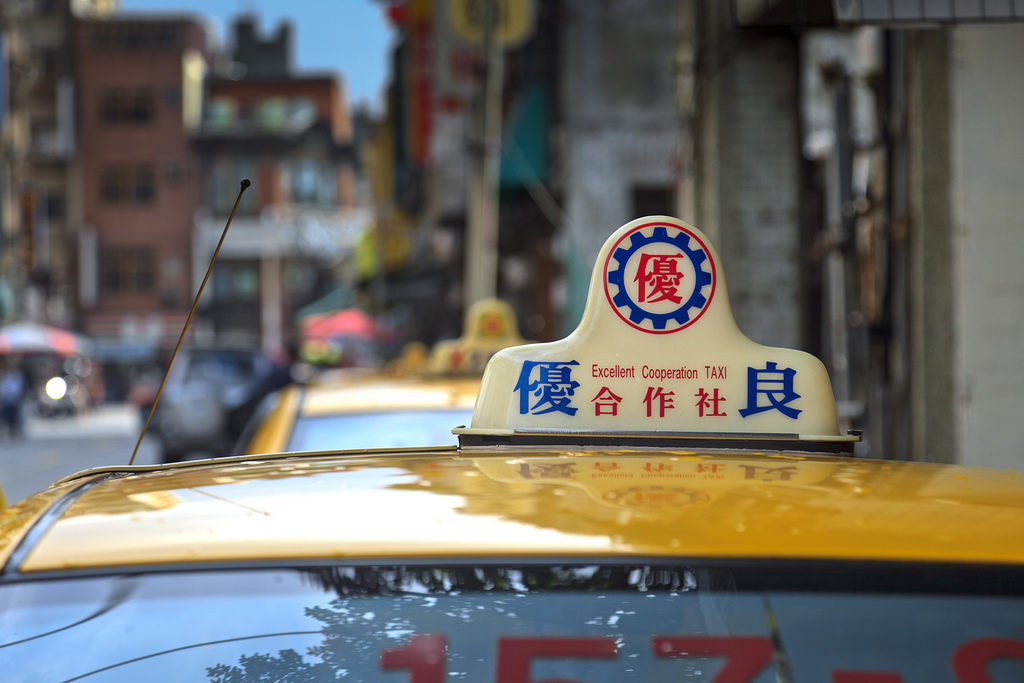 In a presentation to D-CENT’s international conference in late May, civic hacktivist and programming consultant Audrey Tang called Uber “the virtual epidemic that’s paralyzed all the governments around the globe.” Tang’s hyperbole is not too far off the mark: if conventional taxi services and hotels are the well-known bacteria of urban life (alternately life-sustaining or harmful, depending on when, where, and how they are deployed), Uber, Airbnb and other app-based “sharing” services represent the superbugs for which there are, as yet, no tried-and-true regulatory cures. Such companies are part of a broader “virus of the mind” that cannot be eliminated through one-off prohibitions, explained Tang. Parisian authorities can shut down Uber’s base of operations in France’s capital, but the company as a whole continues to expand its reach.

As Uber’s popularity has grown, Tang’s hometown of Taipei, like cities worldwide, has been forced to reckon with the service’s potential impact on stakeholders including would-be drivers, riders, and established taxi operators. The very nature of Uber’s operation—civilians can become drivers without purchasing a cab medallion or passing a municipal test; riders “flag” a vehicle in virtual rather than real space—necessitates a new approach to policy-making. For Tang and others involved in Taiwan’s burgeoning open government movement, the Uber question presented a prime opportunity to test a new, web-based mode of public deliberation.

Taipei’s relative receptivity to citizen participation is almost as new as the technologies that present such a regulatory puzzle. The Taiwanese press has been free of government control only since 1988; as recently as 2014, widespread dissatisfaction with the lack of transparency on fundamental questions including Taiwan’s trade relationship with China led to protests, including the Sunflower movement and the occupation of Taiwan’s parliament building. By the end of 2014, the national premier had resigned, to be replaced by a civil engineer with a PhD from MIT and a commitment to reinventing policy-making. Meanwhile, the central government made a concerted effort to expand its open data program, with the result that the country achieved the top slot in the Open Data Global Index in 2015.

To begin to untangle the Uber issue, the Taiwanese government partnered with hacktivist network g0v (gov-zero). g0v originated in 2012 when a group of citizens, frustrated by the opacity of the government’s new economic reform agenda, created a series of shadow websites with data and visualizations on policy operations. (g0v website urls are identical to government urls, except that the sequence “gov” in the latter is replaced by “g0v.”) The network subsequently launched vTaiwan, a participatory rulemaking project modeled on Cornell University’s RegulationRoom. 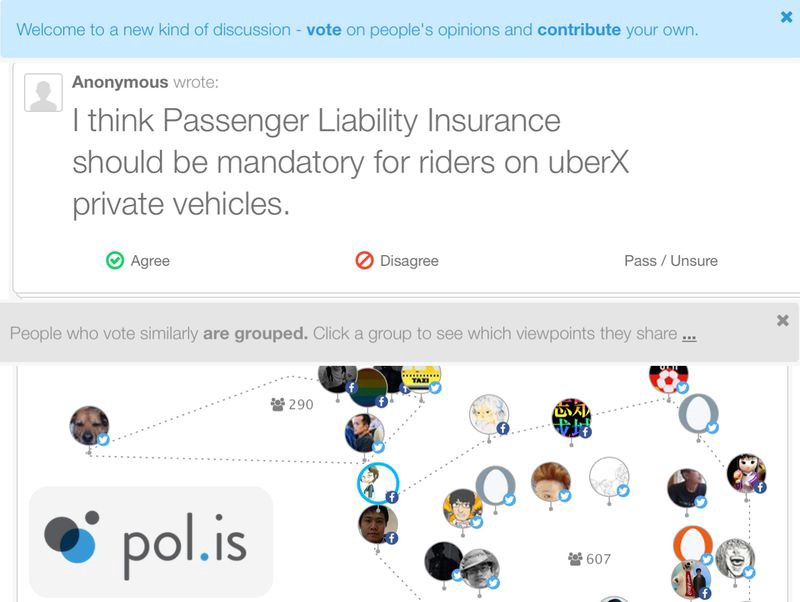 During the summer of 2015, g0v launched a four-week-long public opinion survey on Uber regulations on the pol.is platform. The platform guides stakeholders through a series of opinion statements that become increasingly nuanced as users respond to both the text before them and data on other participants’ reactions. The 3,000 survey participants produced a handful of points of consensus, which helped set the agenda for a live-streamed public meeting on August 27, 2015.

According to Tang, 1,875 individuals “attended” the August meeting, including representatives of Uber, Inc., relevant government ministries, Taipei’s largest taxi operator, and a Taipei-based taxi drivers’ association. Over the course of the discussion, which Tang helped moderate, Uber agreed to encourage drivers to secure professional driver’s licenses and register as taxi operators, as well as to review its liability insurance with the transportation minister. The taxi drivers’ association, meanwhile, “expressed a willingness to work with the UberTAXI platform under mutually-agreeable terms.” Taiwan Taxi Fleet promised a service upgrade in exchange for a shift to demand-based pricing. On May 23, 2016, the government of Taiwan agreed to ratify the points of consensus determined by poll participants. Beginning this July, certain restrictions on taxi operators will loosen: vehicles will no longer be required to be painted yellow, for instance, and “high-end” app-based operators will be permitted as long as they do not undercut existing services on price.

But while the digital decision-making experiment was a success in terms of bringing previously antagonistic parties into conversation, the 2015-2016 public opinion poll and open meeting do not appear to have “solved” Taipei’s Uber problem. Tensions between government actors and the ride-sourcing company remain high, with Taipei Times reporting a recent increase in fines for Uber drivers.

Tang nevertheless remains convinced that the process of the conversation over Uber regulations is as—or more—laudable than any conceivable product. Pre-Internet, she writes, “what was called ‘public opinion’ was usually limited to some representatives of trade unions, the mass media, and certain scholars and councilors. If the public were to directly participate, it was usually only in the form of street protests.” Now, however, technology has rendered a redefinition of “public participation” not just possible, but necessary. “The speed at which the public can form bonds of mutual trust in cyberspace has now far outpaced the speed of the traditional method of policy-making,” she argues. “If governments cannot make room to include these voices, then there will be no way to convince the public to accept it.”