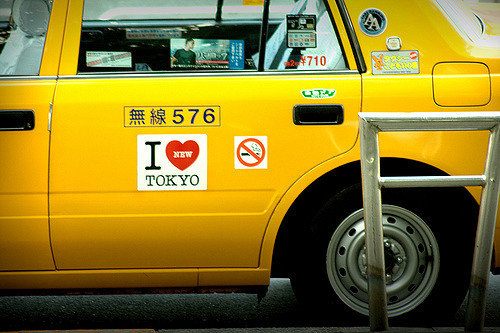 In 2015, Uber, the ride-hailing giant based in San Francisco, California that's been threatening the existence of taxi companies and trampling over regulations in numerous cities, entered Tokyo. What happened next was extraordinary. Uber's tactics backfired — both the taxi industry and the residents of Tokyo rejected the ride-hailing app. Today, Uber only operates a limited UBERBlack and UberTaxiLux services, with registered drivers, in a small part of Japan's capital city, and two small pilot projects in the countryside — Tangocho near Kyoto and Nakatonbetsu in Hokkaido.

Why did Uber fail to successfully enter one of the world's most digitally-connected and well-off cities? What lessons does this provide for other cities that are looking to prevent Uber-style disruption in their transportation sectors?

The Power of Coming Together

A key factor behind Tokyo's resistance to Uber was the powerful, united effort by the Japanese taxi industry, led by its labor unions.

The Japanese taxi industry has a relatively high unionization rate — about 40 percent, though this is spread out across various unions, according to data provided by ZENROREN, the national confederation of trade unions in Japan. Further, in Japan, most drivers are not independent contractors. They work for companies, as is the case in many other countries.

There was little unity among the different unions until Uber entered the market, says Masatoshi Takashiro, chairman of the Japanese Taxi Drivers union Jiko-Soren. Takashiro was one the leaders in the movement against Uber.

"Individually, we can't do the campaign ourselves," Takashiro says. "Other unions felt a sense of risk — and wanted to work together."

The taxi unions in Tokyo had one key advantage — time. They had time to observe and learn how Uber disrupted and often severely weakened taxi industries in other cities around the world. Armed with the knowledge of the implications of unregulated ride-hailing apps on the welfare of its members and the tactics Uber would use to muscle its way into Tokyo, they were able to come up with a successful strategy to resist it.

One key argument that Jiko-Soren and its allies focused on was safety. There are numerous documented incidents of Uber drivers committing crimes around the world. The company has drawn criticism for not thoroughly vetting its drivers. In Japan, the taxi industry is renowned for its quality and safety, a direct result of the regulations that unions have fought for over the past decades. Presenting Uber as a threat to the safety of passengers along with its potential negative impacts on workers was a powerful argument for consumers in Japan.

"Japanese taxi services are one of the top in the world," says Kazuhiko Kikuchi, the chief secretary at Jiko-Soren. "For example, the Governor of Tokyo said that, only in the taxis in Japan, if you forget your wallet in a taxi, it will come back to you."

Jiko Soren and other taxi unions organized a mass rally in March 2016, and then presented its demands to the Japanese Government. The show of unity worked, as soon thereafter, the government decreed that ride-hailing would not be allowed in Tokyo, shutting the door — for now — on Uber's vaunted model in the world's richest city.

"In this law, they mentioned that rideshare is not going to be introduced in the cities — only in [a few] special districts," says Takashiro. "That was a good result from our rally and organizing efforts."

Lack of Respect for Japanese Law

Of course, regulations haven't stopped Uber from offering its services in other cities. But in Japan, that's just not possible, because another key factor in Uber's failure was Japan's strong social norms that govern nearly every aspect of life. Uber's strategy to break the rules and then try to get them changed in its favor contradicted how business is done in the country.

"Uber's business model … revolves around a kind of legal arbitrage," says Tim Romero, the founder of the Japanese start-up news site Disrupting Japan. "Their significant price advantage comes from the fact that they choose to ignore a great many laws and regulations that their competition must follow."

That formula does not work in Japan. When Uber found itself quickly facing up against Japanese regulators, it could not, as it had in the U.S. and elsewhere, resort to a mass marketing campaign or hire an army of lobbyists.

"In Japan, there is genuine shame and stigma attached to knowingly and publicly violating the law or to having your operations suspended," says Romero. "Uber's strategy [which] worked so well in America … has been shut down in Japan several times as a result."

Uber's not the only company that is affected by these norms. AirBnB is also limited in Japan, as many homeowners are unwilling to break Japanese law and list their homes. In fact, the corporate sharing economy has not taken off in Japan at all, despite its high rate of digital literacy and urbanization, though new platforms are launching in the country and aiming to change that.

Uber's failure in Tokyo was also a victory for labor unions, taxi drivers, and regulators seeking to maintain balance in a city with a myriad of transportation options. However, taxi companies and unions are not celebrating just yet. They know that Uber is still actively lobbying government to change its regulations before the 2020 Olympics. Still, their collective strength will make them a formidable opponent. What happened in Tokyo provides a template for other cities around the world — especially ones where Uber hasn't made any inroads yet — that wish to curtail its unethical business practices.

There are many ethical, user-friendly options out there that are not getting the attention they deserve. By choosing one of these alternatives, you'll be helping create a transportation ecosystem in which drivers are treated well and compensated fairly for their work and passengers' safety is also taken into account. For example, taxi cooperatives, or organizations in which drivers have a say and stake in operations, are now cropping up everywhere.

Five (More) Reasons to #DeleteUber — And Some Ethical Alternatives

Header photo of a taxi in Tokyo by Alfonso Jimenez via Flickr.