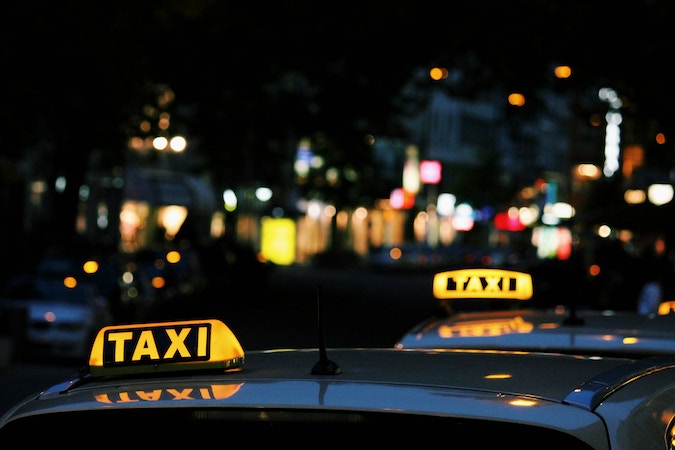 There's been a lot of attention on the exploitative practices of ride-sharing companies — long hours, inadequate pay, and little to no benefits. But traditional taxi systems that pre-dated app-based platforms were not much better. Even before Uber, Lyft, Grab, and other ride-hailing companies entered the market, drivers faced challenges in earning a decent living wage as a result of the medallion system and other regulatory schemes. But over the past few years, taxi cooperatives have been providing an alternative model for drivers that emphasizes job security and well-being, rather than just profits. Drivers who are part of taxi cooperatives are usually both members and co-owners, which puts them at the center — and gives them a voice in how the cooperative functions.

In Portland, Oregon, the cooperative Union Taxi, which was founded in 2012, had immediate benefits for drivers after its launch. According to Northwest Labor Press, a 2012 report published by the city found that taxi drivers in Portland made an average of $6.22 an hour, with many working around 70 hours a week. This was partly because they were required to pay more than $500 dollar each week to taxi companies. Union Taxi's driver-owners saw significant wage increases within a year of formation.

Meanwhile, Green Taxi Cooperative founded in Denver, Colorado in 2015, now has over 1,000 drivers are members-owners. According to Abdi Buni, one of the co-founders, what drivers take home from the cooperative is much higher than what they would otherwise. "Uber and Lyft, they are taking a 20 percent cut of what the drivers make," says Buni, a former taxi driver. "We are not taking anything. We are just asking them just pay the employees that work for them." On average, this means that Green Taxi's members take home 90 percent of what they make in fares.

These are just a few of the many examples out there. Other successful taxi cooperatives include Union Cab in Madison, Wisconsin, Coop Taxi in Montreal, Canada, and COOP Taxi in Seoul, South Korea.

While the cooperative model is proving effective at addressing the needs of drivers, there are barriers to drivers setting up similar operations in other cities due to restrictive laws that limit the ability of new companies to enter the market. If cities do not even the playing field, then cooperatives become difficult or impossible to form. Case in point – Philadelphia's taxi industry, which used a medallion system, was devastated by the entrance of Uber, Lyft and their heavily subsidized pricing.

"We came up with an idea of a taxi driver co-op, but at that time the regulators wouldn't give us a license," says Ron Blount president of the Taxi Workers Alliance of Pennsylvania. By the time a license was granted, Uber had taken over the market, and the cooperative could only get 50 members — not enough to be sustainable. The medallion system was the key barrier as it controlled access to the market, but as the value of those fall due to competition from Uber and Lyft, Blount sees hope for a future for taxi cooperatives: "As more drivers gain access to the medallion themselves, we have a better chance of reforming the co-op."

One point of contention for Blount is how Uber and Lyft openly flout the very regulations that taxi drivers must comply with. In fact, many cities let Uber and Lyft break laws, putting an unfair burden on alternatives including taxi cooperatives. Increasingly, this is being fueled by a growing army of lobbyists. It was these lobbyists who in Texas forced the state to overturn safety regulations passed by city officials in Austin, Texas.

One of the organizations at the forefront of helping drivers organize cooperatives is the Communication Workers of America (CWA), a 700,000 member union headquartered in Washington, DC. CWA represents drivers in several of the cooperative taxi companies mentioned above, and is fighting to allow more cooperative alternatives to be set up in cities across the country.

Green Taxi Co-op and other cooperatives are showing that there is a viable alternative to both the exploitative ride-hailing platforms and traditional taxi companies. If cities want to be truly pro-business and pro-worker, allowing cooperatives to form provides riders with more options while also allowing workers to have greater control over their work.