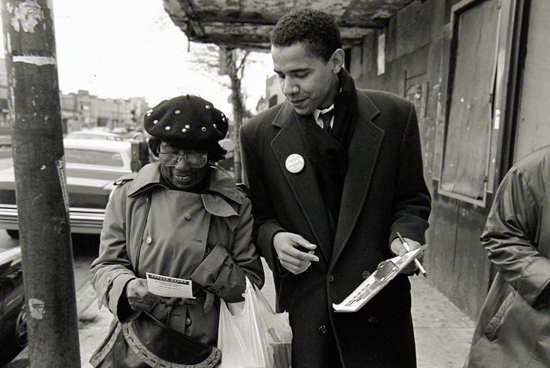 In "What’s Your Carbon Footprint?" and the Q&A with David Owen, we’ve explored the idea that because cities are intrinsically shareable, their residents drive less and consume fewer resources than rural and suburban counterparts. This makes urban issues like education and public transportation environmental issues–the more people who are attracted to city living, the smaller America’s carbon footprint.

Today, the Washington Post reports that the Obama administration aims to revitalize cities with "a coordinated effort that involves stimulus funding and getting multiple agencies to work together to improve schools, housing and neighborhoods."

Obama has lamented the historic failures of federal efforts to rejuvenate urban areas, noting in July at a White House urban policy roundtable that "federal policy has actually encouraged sprawl and congestion and pollution, rather than quality public transportation and smart, sustainable development." In the same way that federal highway spending encouraged sprawl, the Obama administration says more concentrated development can lead to more job opportunities for residents and environmentally and economically viable neighborhoods.

The funding is being tried out in specific cities, and it’s explicitly aimed at creating both jobs and preserving the environment by capitalizing on urban economies of scale:

In Kansas City, stimulus funding has galvanized a project called the Green Impact Zone, led by Rep. Emanuel Cleaver II (D-Mo.), a former mayor of the city. About $200 million in mostly federal money will be invested in the project, which aims to transform an economically depressed 150-square-block area east of Troost Avenue. About half of its residents live in deep poverty, with numerous vacant houses, high crime levels and unemployment rates approaching 50 percent.

The project involves a coordinated rush of federal money. Stimulus funding will be used to weatherize the 2,500 homes in the community. Block grants from the Energy Department will be used to hire residents and train them to do energy audits. Meanwhile, the local power company will build a "smart grid" in the area, using $25 million in stimulus money and $25 million of its own. More than $30 million, mostly from the Transportation Department, will be used to build a 13-mile rapid-transit line through the community to downtown that will feature solar-powered stations and buses that run on biodiesel fuel. There also will be job training in environmental cleanup and community policing funded by various agencies.

Obstacles remain, of course–and, interestingly, most of them have to do with fostering ethics and protocols of inter-agency sharing: "Federal agencies must learn how to cooperate more closely, a process that officials say is more difficult than it sounds," reports the Post. "Agencies are set up to funnel policy and money through their own chains of command, not across the government." The progress is "glacial," but real:

So far, much of the administration’s work to transform the federal policy toward metropolitan areas has proceeded below the radar, but people who work in the field are nonetheless hopeful.

[Emanuel] Cleaver credits the administration for bringing unprecedented new money to urban policy. He also likes its approach. "The administration’s best gifts to metropolitan areas are not things, but opportunities," he said. "We can use those opportunities to turn things around. But it is going to require political selflessness, which is difficult to conjure."