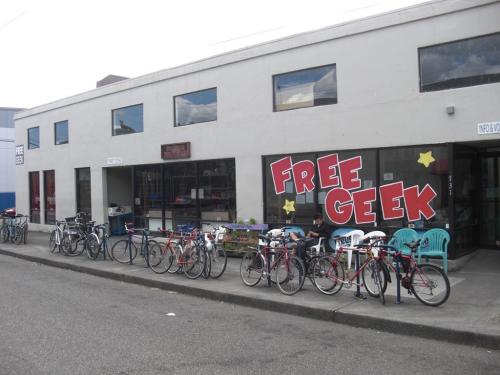 As still further proof that the sharing economy is going mainstream, even CNN is getting in on the action. Longtime eco activist Van Jones penned Crowdsourcing Our Economic Recovery in which he notes, "Now, a new breed of companies is leveraging the power of networks and sharing — and showing us what a more sustainable, prosperous future can look like." Jones goes on to cite Zipcar, Mosaic, Taskrabbit, and other sharing economy frontrunners.

Josh Fox, the force behind the anti-fracking documentary Gasland, more recently turned his camera to the efforts of the Occupy Sandy team for this mini doc. He found regular people stepping up to help their fellow New Yorkers. Though many came up through the Occupy Wall Street ranks, some came out of nowhere.

OCCUPY SANDY from JFOX on Vimeo.

Next month in London, February's London Bloggers Meetup is all about the sharing economy, travel, and social media. Speakers will include David Randall, Airbnb; Sally Broom, tripbod.com; and Bernie J. Mitchell, The Sharing Economy Podcast.

That being said, Streetsblog also reports that "The National Association of City Transportation Officials‘ 2012 Designing Cities Conference drew hundreds of city transportation officials from around the U.S. to New York City last fall to share ideas and learn about the latest innovations from places around the country." Here are some of the highlights.

Nutrition for kids seems to be a hot topic this week. The Atlantic makes a case for teaching children how to cook as one solution to malnourished youth and calls on President Obama to make it a priority in his second term: " Sustainable nourishment comes from knowing how to cook, tending the land, appreciating our rich food traditions, and taking care of each other. What we need now is a commitment at the highest levels of government to commit to a national crash course in edible education."

Opensource has yet another proposal to toss into the hat that, naturally, involves open source education resources: "First… alternative recipes are freely accessible and available on the Internet as well as information about alternative products to standard food items and ingredients. Second, it's hard to imagine that students cannot make an open cookbook using these alternative recipes and with open source such as Mahara. Third, it's hard to imagine that students cannot find local ingredients, such as wild blueberries, to promote sustainability and local knowledge."

When it comes to open education, opportunities do, indeed, abound. Free Geek offers computer-related jobs and classes to community members in Portland, Oregon.  And their model is serving as the basis for other similar programs in other cities, some of which are part of Broadband Bridge.