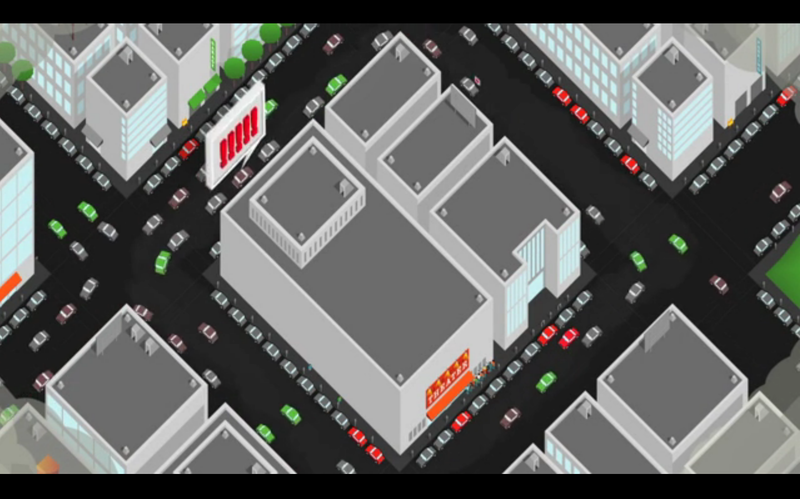 The Living Labs Global Award was established in 2009 to address some of the sizable problems that cities and populations face across the globe, from Asia to Africa to the Americas. To support the 125 million people affected by these various societal challenges, some 800 minds – from both the private and public sectors – have set to creating solutions, competing for the Living Labs Global Award in the process. Winners are afforded an opportunity to test a pilot program of their idea. Some of the issues include waste management in Barcelona, venture capital in Cape Town, and community healthcare in New Taipei City. Trying out a program on a smaller scale allows for a thorough evaluation and, if necessary, reworking before an abundance of resources are invested.

Here are the 10 most shareable projects, with the sharing of information and the improvement of public transportation in urban centers showing up as consistent themes across a number of projects:

More and more, cities need to support the experience of its citizens with digital and mobile technologies at the forefront of their arsenal. *Connecthings shares real-time information on public transportation schedules, tourist attractions, cultural sites, parking facilities, bike- and car-sharing terminals, and more, all via contactless Smartphone tags. The value-added tags bridge the gaps “between the city, transport, and tourism infrastructures and its inhabitants, its visitors, and its local businesses.” The digital nature brings an additional value through its reduction of paper usage and waste.

2. Where 2 Get It: Smart PathFinder—Fukuoka, Japan

Tackling access to comprehensive, up-to-date information as an improvement to public transport, Where 2 Get It provides “an innovative location-based platform integrating the best of mobile, geospatial, local search, and social networking technologies.” With Smart PathFinder, both residents and visitors have directions, schedules, maps, traffic reports, and more at their fingertips. Once again, digital technology conserves resources, but also allows cities to collect and analyze data directly from their users.

Taking a similar tack from the opposite perspective, Clever Devices’ Intelligent Transportation System (ITS) supports cities with solutions that “will greatly benefit the mass transport system and the overall urban areas which it services.” Among its features are real-time fleet and passenger management, integrated fare payment and traffic management, and vehicle condition monitoring. Combined, these analytics help cities improve the riders’ experience as well as the system’s efficiency and safety. Clever Devices has previously created ITS for the public transit systems in New York, Ottawa, Chicago, Washington, DC, and many other urban centers.

Town hall meetings are a time-honored civic tradition which MindMixer brings into the 21st century, offering a broader, simpler way for citizens to participate. Naturally, MindMixer utilizes technology to achieve this feat – a web-based platform, in this case, that allows people the chance to share ideas and concerns with their governmental representatives at their convenience.

Despite the 10.7 million houses in Nigeria, the housing deficit there is estimated to be 14 million units at a remedy cost of $326 billion. Because of this, 80 percent of the urban population lives in informal housing. To facilitate a reduction in these statistics, Tempohousing proposes “affordable and comfortable housing, using container housing technology.” These durable facilities would also require local resources and workers for construction which also boosts the local economy which, in return, allows more people to move up the economic food chain.

As part of the EU’s 20-20-20 Plan, SmartCity aims to help cities improve their energy efficiency by 20 percent, decrease their carbon emissions by 20 percent, and hit 20 percent of renewable energy usage in their overall supply. However, existing infrastructures are outdated and overburdened. Smart metering, automated services, and other features can help. And that’s where SmartCity’s open, scalable technology comes in, involving and informing a city’s residents so that they might become active participants in the solution. So far, more than 7,000 homes installed smart meters, and nearly 50 have additional in-home energy efficiency monitors.

7. CityWalking: Walk Your City, Discover It, and Stay Fit—Terrassa, Spain

More digital and mobile applications come to bear with CityWalking in an attempt to turn more people into pedestrians. The goal, though, is not merely to lighten the load on the city streets and transit, but to engage citizens with both their environment and their health. CityWalking tracks how much, when, and where someone walks. The user can then employ the accompanying social website to share that information with friends and family. Healthcare professionals, too, can monitor their patients’ activities.

Ever a pioneer in sustainable, shareable ideas, San Francisco has once again created a model in SFPark that other cities – Santiago, for instance – want to mimic. As the “first comprehensive demonstration of a parking-based approach to congestion management to reduce traffic congestion and transportation-related greenhouse gas emissions … SFpark uses innovative technology to generate real-time parking space availability information and conduct demand-responsive pricing.” Hourly parking rates are adjusted depending upon availability to ensure open spaces on every block at all times. Drivers can utilize the SFPark website and mobile apps to find where those spaces are.

Because nearly 40 percent of total food is wasted around the world, composting is one of the easiest ways for any community to reduce its landfill quantities and, thereby, preserve the commons just a little bit more. In Taipei, 16 green communities have implemented Big Hanna Composters which “are installed at the bottom of a block of flats, in a waste room or inside greenhouses. … Composting on-site helps to create a greener city. It is also a way to involve people in their neighborhood and support local initiatives while reducing one’s carbon footprint.” And it’s super-easy!

Every metropolitan area on the planet struggles with the perfect storm comprised of often out-of-date public transit systems, ever-increasing traffic congestion, and flourishing population growth. Updating a city’s infrastructure is the first step in managing this storm, following by getting more people out of their cars and into alternative transportation systems. Enter Skybus – the world’s most advanced Demand-Responsive Transport platform. “Skybus is the new urban transport by means of intelligent, on-demand collective vehicles which take each passenger directly from origin to destination, minimizing pick-up and trip times for everyone.”