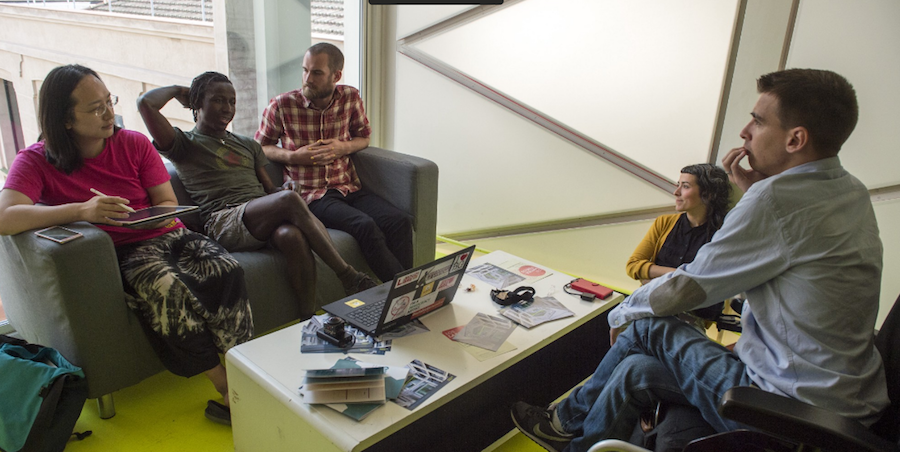 At a recent week-long D-Cent hackathon and conference at Medialab-Prado in Madrid, a group of occupiers from the Tunisian revolution of 2010, the Spanish 15M movement, the New Zealand Occupy movement of 2011, the 2014 Sunflower Movement in Taiwan, and the French horizontal protest movement Nuit Debout, met for an informal discussion. They talked about the victories and challenges of the different movements, the role of technology in social change, and how to keep people engaged and active after the initial wave of support.

Richard D. Bartlett, cofounder of group decision-making tool Loomio and member of the social enterprise network Enspiral, was there to record the conversation, which lasted several hours. He’s broken it down into the following sections:

The conversation proved to be an enlightening glimpse into these different, yet connected, movements taking place around the world. Here’s an excerpt:

We are building all these tools together, people from my generation, the so-called digital natives. We have this frustration. For example, people always tell us, ‘You guys are too democratic, it is impossible to take everyone to parliament to decide.’

But today my tools can make that possible! You could tell me this 30 years ago, but today you can’t tell me this. I have too many tools that can make everyone participate.

For example, we go from a simple petition, to a direct action. Looking at our petition platform…about the stop-and-search laws: 21,000 people [signed] this petition. You can call that clicktivism, ok. People criticise and say it is not real engagement, [that] pure engagement is in the street. So ok, people can give money. They say, ‘Oh money is just a credit card, we need real engagement.’ Now we go to the next level: everyone from the 21,000 people can say where they live, and we generate a tweet to their senator. They click one button to send a message to the senator saying “I’m against stop-and-search, what about you?”

Read, watch or listen to the entire conversation and learn more about these various movements and how they interconnect here: Occupiers from Tunisia, Spain, New Zealand, Taiwan and France compare notes.