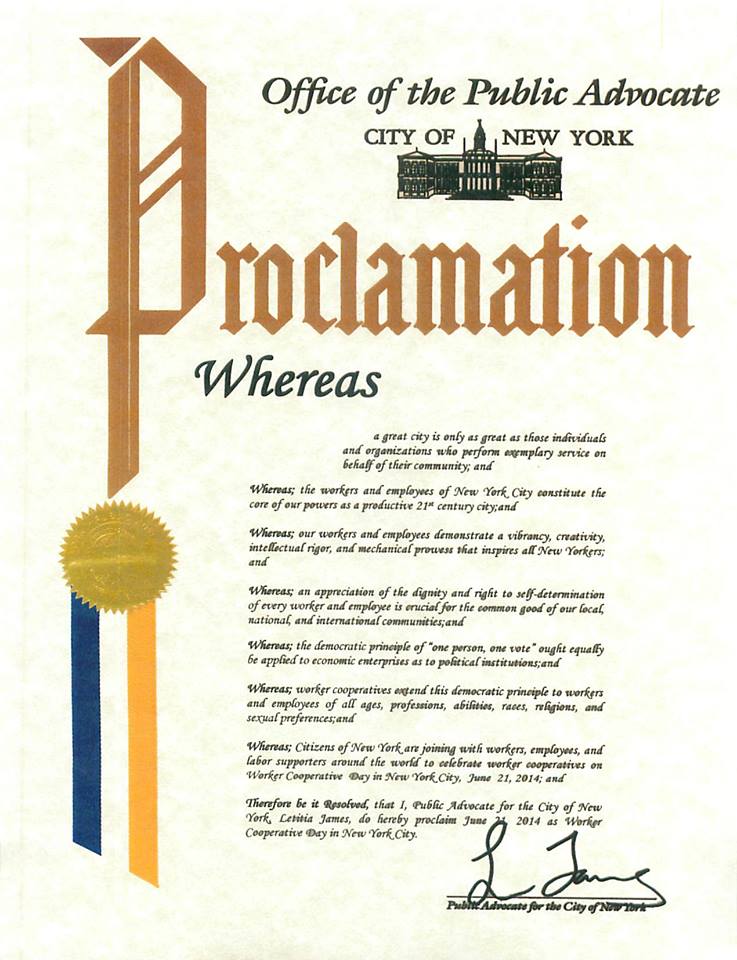 The Big Apple got behind cooperatives in a small, yet historic way this past month with the adoption of a budget that includes a $1.2 million dollar fund to support the development of worker owned cooperatives. That $1.2 million is the largest investment in worker cooperative by a US city to date shows how low awareness is in the US of cooperatives as a local wealth building strategy, but it's a promising start in the right direction.

One of the report's recommendations called for the city to provide funding for worker cooperative developers. The city had already begun partnering with cooperatives in its purchasing and economic development programs.

Many local governments have, in one way or another, demonstrated support for worker cooperatives in the past decade. But Melissa Hoover, executive director of the U.S. Federation of Worker Cooperatives and the Democracy at Work Institute, told TruthOut the move was "historic."

The fund will support the work of existing cooperative development organizations and new ones. June also saw the adoption of a City Council resolution supporting worker cooperative development in Austin, Texas. In April, the City of Richmond, Virginia created an Office of  Community Wealth. Cleveland's Evergreen Cooperatives are supported by a coalition of city government, anchor institutions, and foundations, With state government statutes all over the map with regard to worker cooperative incorporation, local support may be critical to establish a cooperative-friendly business environment.

Studies have shown that cooperatives may increase worker life expectancy and may be more resilient in the face of an economic crisis. New York is part of a recent wave of US cities increasing support of cooperatives including Richmond Virginia and Austin Texas.