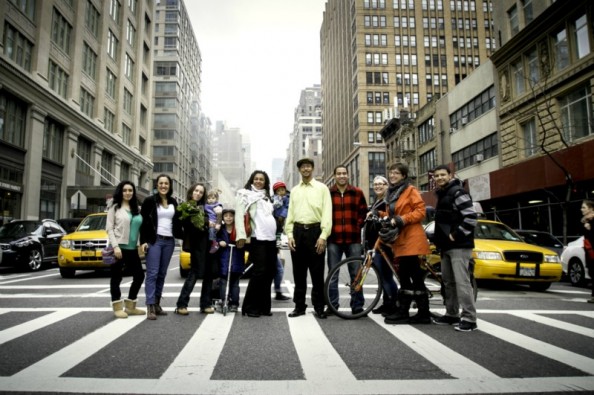 How can the new New York City government support the growth of worker-owned cooperatives? A team from the Federation of Protestant Welfare Agencies and national and local cooperative institutions spent the last 6 months answering that crucial question as Bill DeBlasio, NYC’s first democratic mayor in 20 years prepared to take office. Alongside his administration is Melissa Mark-Viverito, arguably the City’s most progressive council speaker in memory, leading to high hopes for real change.

On Thursday, January 30th more than a hundred attendees from the city council, workforce and economic development agencies, union staffers, and cooperative supporters gathered to hear the answers at a conference, called Worker Cooperatives: Jobs for New York's Future.

Worker owners, cooperative developers, lawyers and lenders pointed the city towards supporting the growing ecosystem of cooperatives and cooperative institutions in the city and connecting them into the city’s economic development infrastructure, as well as contracting opportunities with the city. Specifically, the report called "Worker Cooperatives for New York City: A Vision for Addressing Income Inequality," produced by the FPWA recommended that the City:

The speakers urged the new city administration to support worker cooperatives because of the increased job quality and compensation they provide to their worker owners. According to Chris Michael of the New York City Network of Worker Cooperatives, these businesses address the “tale of two cities” that De Blasio ran against not just by “helping the poor to have more equal access to a limited number of good jobs, but by raising the floor on which the ladder of opportunities sits.”

Panelists told their stories of how worker cooperatives have changed lives. They are pictured below from left to right, included: Moderator Chris Michael of NYC Network of Worker Cooperatives, Omar Freilla of Green Worker Cooperatives, Vanessa Bransburg of the Center for Family Life, Yadira Fragoso of Si Se Puede Cooperative, and Telesh Lopez of Caracol Interpreters Cooperative. 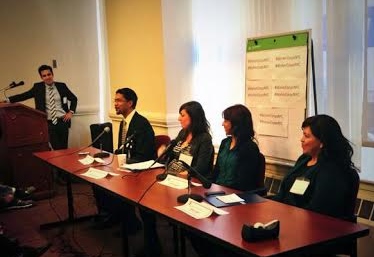 When asked about how the this idea might be introduced into city government, Councilwoman Arroyo commented that, "Many economic analysts believe worker cooperatives offer a viable method to address the City's long term challenge of reducing the numbers of chronically unemployed and underemployed and number of workers trapped in low paying jobs. I hope to use the work of the Community Development Committee in the City Council to determine the feasibility of incorporating worker's cooperatives as part of our work to reduce poverty in the City. " She has scheduled a hearing before NYC City Council specifically on worker cooperatives with the goal of crafting a program to support their development in NYC.

The policy group that supported the writing of this paper is only one of a growing number of locally based policy initiatives pushing cities to more directly support home grown cooperatively based economic development over tax-credits for out of town businesses. Other efforts range from the creation of a Worker Cooperative Support Center in Reading, PA, and the hiring of a cooperative developer in Richmond, CA to Jackson, MI, where the new mayor ran on a platform of making cooperative development the primary mode of economic development for the city.