New Study: The Suburbs are Bad for You - Shareable
Skip to content 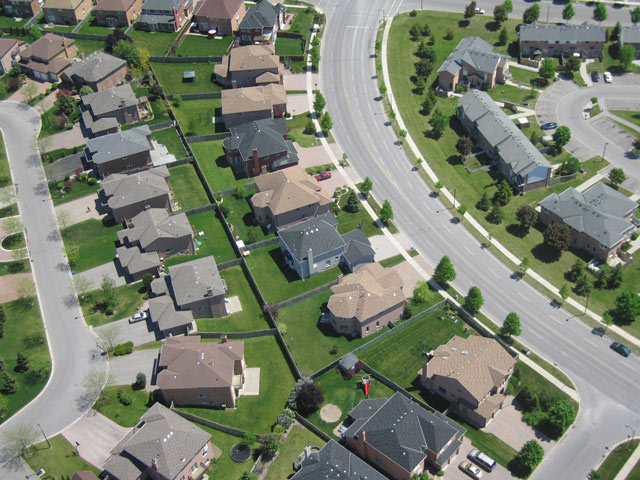 From our friends at the RAND Corporation:

Suburban sprawl is linked to the incidence of many chronic health ailments….

“This is the first study that analyzes suburban sprawl and a broad range of chronic health conditions,” said Roland Sturm, a RAND Health economist and co-author of the study. “We know from previous studies that suburban sprawl reduces the time people spend walking and increases the time they spend sitting in cars, and that is associated with higher obesity rates. This probably plays an important role in the health effects we observe.”

Researchers found that people who live in areas with a high degree of suburban sprawl are more likely to report chronic health problems such as high blood pressure, arthritis, headaches and breathing difficulties than people who live in less sprawling areas. The differences between people living in the two types of areas remained even when researchers accounted for factors such as age, economic status, race and the local environment that might explain the differences…

“To improve our health the study suggests that we should build cities where people feel comfortable walking and are not so dependent on cars,” said Deborah Cohen, a RAND researcher and physician who co-authored the study. “This study gives the public a way to personalize the issue of sprawl in a way that hasn’t happened before.”

Researchers found the unhealthful impacts of suburban sprawl disproportionately affect the poor and the elderly, who often have fewer resources to make up for the limitations created by their environment.