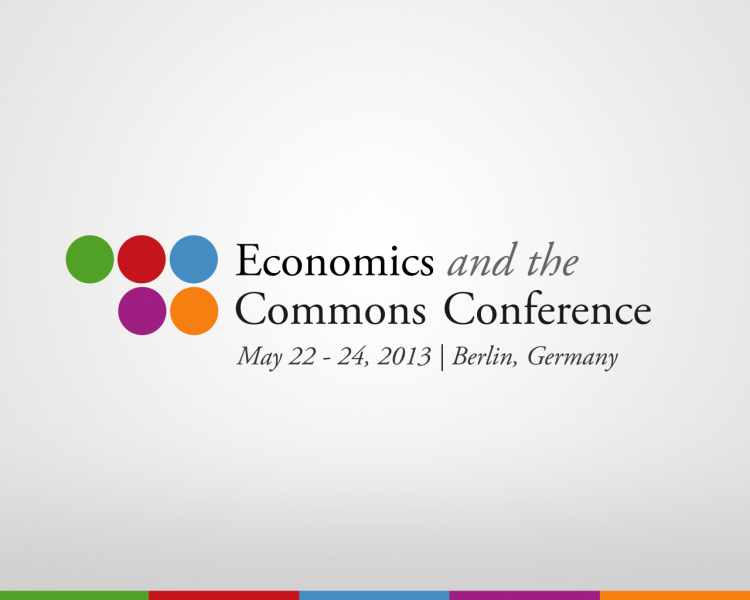 The Heinrich Boll Foundation just released a detailed, educational, and inspiring report summarizing the international conference it hosted in Berlin, Germany May 22-24, 2013. Two hundred commoners from around the globe converged at the Economics and the Commons Conference (ECC) to explore the commons as an alternative worldview to market-fundamentalism, to catalyze the commons movement, and to lay the foundation for the commons to become a core paradigm of today's politics, economics, and culture.

The report highlights the most salient ideas presented during ten keynote talks and provides summaries of the five conference streams. Short overviews of significant side events held during the conference are also included, in addition to resources generated at the event (most notably the ECC communications platform) and profiles from the network of commoners whose work aligns with themes from the conference. The Commons Strategies Group, a co-host of the conference, also offers final reflections on what the ECC means for the commons movement.

Anyone interested in the commons movement can use this report as a kind of primer. It’s also likely that the report will become an invaluable resource for activists, academics, and others working to advance the commons framework as a powerful tool for managing civic life, natural resources, urban spaces, the Internet, and other realms. Only by sharing and implementing important ideas can we work toward defeating what the Heinrich Boll Foundation calls “one of the most significant impediments to positive social change”: the entrenched power of market-fundamentalism as an political, economic, and cultural paradigm.

The Heinrich Boll Foundation invites you to forward the report to friends and family and to check out a collection of video interviews by Remix the Commons that were recorded during the conference.