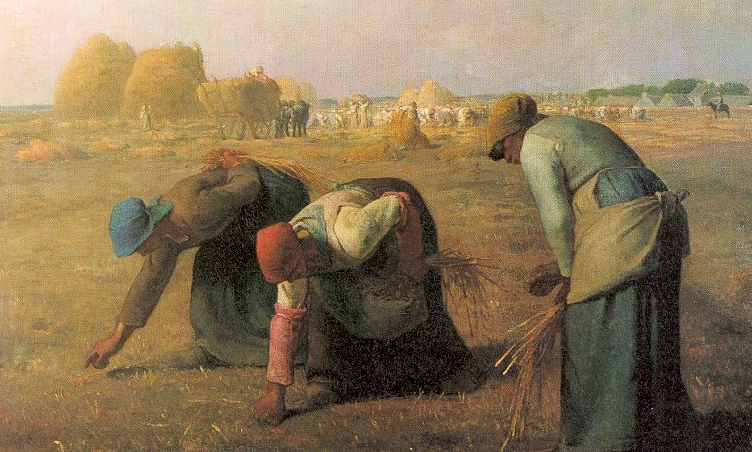 On May 22, 300 commoners from 20 countries and all continents converged on Berlin, Germany for the three day Economics and the Commons Conference (ECC).

Organized by the Commons Strategies Group and the Heinrich Boll Foundation, it brought together representatives engaged in all manner of commons – software, water, forest, farmland, media, urban, knowledge, plus subsistence and indigenous commons – to catalyze the commons movement across cultures, asset types, and disciplines.

The organizers worked toward this ambitious goal in two ways – by offering a unifying set of principles that apply to all commons and through self-organized working groups. The hope was to lay the foundation for the commons to become a core paradigm in society.

The nearly bewildering diversity of participants was matched by remarkably high intellectual content. I left the conference both overwhelmed with new ideas and also with many important clarifications.

While there is so much worth commenting on, three presentations shined through as important foundation laying moments. Below I comment on these moments and include videos of them.

At the end of the first day, Silke Helfrich of the Commons Strategies Group gave a presentation that outlined the six principles that all commons share under a framework she offered called Commons Creating Peer Economy (CCPE):

Silke gave many examples of CCPE enterprises including a Venezuelan cooperative called Cecosesola, which among other things, feed 40,000 people a week at prices 30% below private markets through a management structure which has no hierarchy. There’s much more to her presentation, which I took as a substantial upgrade to the already sophisticated theorizing of the Common Strategy Group featured at their last commons conference.

On day two, Jem Bendel, a professor of sustainability leadership at University of Cumbria, gave an engaging talk about the centrality of our current money system to the crises we face. This has been discussed thoroughly on Shareable, so is familiar ground for me. Jem, however, brought things nicely into focus explaining that 97% of money is created by private banks issuing loans off of reserves, and that because almost all money is created through instruments which require repayment of the principal plus interest, there’s always more debt than money. Money as we know creates an economy of scarcity, competition, and the need to exploit more resources to pay back debt. Jem’s conclusion was that an abundance-based, commons economy is not possible without new forms of money.

On day three, Andreas Weber, a Berlin-based biologist, philosopher, and author, gave an inspiring and illuminating talk based on his new book, Enlivenment: Toward a Fundamental Shift in the Concepts of Nature, Culture and Politics. That’s a heady title, but the premise is simple, that 300+ year old narrative about how the West believes the world works is outdated and that science’s new understanding of nature offers a more instructive model. Andreas believes we need to move from a civilization based on Enlightment ideas to one based Enlivenment ideas, or the new scientific understanding of what life is with a healthy dose of poetry and philosophy included.

The later is illustrated by Andreas’ critique of conventional biology, which David Bollier explains well:

Weber’s complaint about conventional biology is that it refuses to study life itself. It is too committed to Enlightenment categories of the individual, rationality and competition, and it insists upon a reductionist logic that cannot address, let alone provide answers, to what is life itself. Weber argues that organisms are “sentient, more-than-physical creatures that have subjective experiences and produce sense.” He notes that current biological sciences do not ask, “What do we live for? What are our inner needs as living creatures? What relationships do we have, or should we have, to the natural order? How do we produce things for our immediate needs or the market?….What is life and what role do we play in it?”

The ECC conference also offered many opportunities for participants to self-organize within and outside of the official program. There were about a dozen side events on topics ranging from media about commons to work around specific projects, like the Commons Abundance Network. These were encouraged from the beginning. I got the sense that these were incredibly lively and productive. There were also five streams of discussion that participants could choose to join and shape.

That said, there was a common complaint that there wasn’t enough time for self-organization. A large group from Latin America simply broke off from the official program on the last day to work together. This was accepted with grace by the organizers, who did their best to balance unifying plenary sessions with self-organized work. I took these complaints as a signal of deep commitment to the commons and a real hunger to make tangible progress in the world. The commons is so promising, already so real and widely experienced in the world, yet its re-emergence as a political movement has only just begun.