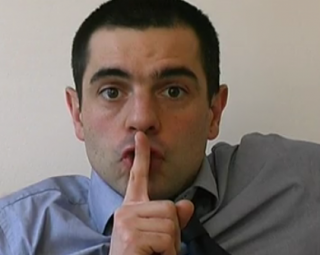 The growing sophistication of the digital commons can be seen in its expanding political ambitions, collaborative innovations, and stylish new forms of advocacy. Below, three examples of highly original commons-based projects that really rock.

Critical Commons is a new nonprofit advocacy coalition for “fair and critical participation in media culture.” Its self-stated goal is “to build open, informed communities around media-based teaching, learning and creativity, both inside and outside of formal educational environments.” The “tag cloud” for the site suggests the lit-crit predilections of the site’s hosts. Among the key words are “Deleuze,” “narrative structure,” “transverberation,” “ideological analysis,” “gender,” “VR “ [virtual reality”] and “TV.” [Deleuze was an influential French philosopher.]

What really caught my eye about Critical Commons, however, was its fantastic promo video on YouTube. The five-minute clip ingenious remixes scenes from Downfall, a German film about Hitler’s last days in his underground bunker, as the Allies close in on Berlin. The trailer for the film includes a clip in which Hitler’s secretary exclaims, “The Fuhrer has lost all sense of reality. He moves divisions that exist only on his map. It’s insane!”

Critical Commons makes brilliant satiric use of these scenes from the film — showing Hitler sweating and fuming at his desk, surrounded by his top generals — by overlaying English-language subtitles that transform the scene into a mad man trying to stop academic scholarship that relies on the Internet.

As a Hitler aide points to a map of Berlin and troops closing in, he says, “Digital scholarship is showing up in tenure files, not just on the Internet. Harvard, Princeton, Berkeley, USC.” Hitler replies imperiously, “I want Internet access shut down immediately!” “But sir,” a German general nervously respond, “The Internet is used for research and publication. We would be cut off from the world…irrelevant.”

Another great new commons website, recently launched, is the Crisis Commons “an international volunteer network of professionals [who] create technological tools and resources for responders to use in mitigating disasters and crises around the world.”

The site is a common space in which people with diverse sorts of tech expertise who want to help out in emergencies can self-select for jobs and work with others to make a difference. The website ingenious combines the principles of Meet-ups with voluntarism, crisis relief and open source and social-networking collaboration to create something new and potentially powerful.

For example, in response to the Haiti earthquake, Crisis Commons has convened a number of “Crisis Camps” in various cities or regions such as Washington, D.C., Silicon Valley, Brooklyn, Denver and London, England. Before the “camps,” the organizers ask government and relief agencies what sorts of technological needs they have — and then at the camps, people self-organize into teams to respond to those specific requests. The camps also solicit ideas from the volunteers.

When the Crisis Commons learned that Haitians could use a software application that could collect real-time data regarding capacities of local hospitals, it sent out the word to its community of tech volunteers. Another project seeks to develop a simple user interface for the Government of Haiti so that it can gather information about earthquake damage from a variety of sources — aerial photos, on-the-ground local reports, etc. — and organize them all into a single database, so that the government can made a rapid and reliable visual assessment of the situation on the ground.

“What we create is open-source,” the Crisis Commons website explains, “meaning that it’s free for anyone to use, the labor has been donated, and the user community is encouraged to take it and build on it, and to make it work for them.”

The idea for Crisis Commons got started at a March 2009 conference on Government 2.0 when attendees realized the potential of applying social networking technologies to crisis situations. Some attendees pointed out how mobile technologies were helping to deal with issues of health services and alternative power supplies in Africa. Others explained how “the cloud” (Internet based services) could help aggregate data to help people — often in other parts of the world — and to synthesize information to make it more useable to people.

…uncovered a dividing line between international humanitarian relief and domestic crisis response. We saw common themes across all efforts including: the use of mobility, the Internet as a common coordination platform, the need for volunteers and the ability to provide alternative community communications access areas. By the end of the tweet-up, we had 40 volunteers sitting around in a circle with an agreement that there should be a forum to exchange these ideas. And it was there, where a common goal brought government, NGOs, private sector, hackers and activists together to create CrisisCamp.

The Crisis Camp model suggests how centralized bureaucracies, whether in government or the nonprofit world, would do well to transform themselves and become more open, networked and flexible, along the lines of the Crisis Commons.

The Anti-Counterfeiting Trade Agreement,  negotiated in absolutely secrecy at the end of last year, is essentially a Trojan horse treaty that would bypass national legislatures and traditional international treaty processes, to impose a regime of absolute control over intellectual property and the Internet.

A new video called "Save Jim" features a fictional treaty negotiator, Jim, who speaks frankly about his personal role in the nasty subterfuge that is ACTA. Although the video is in French, it has English subtitles, allowing the video to go viral globally. Political advocacy is moving well beyond slogans and propaganda, and into a captivating new realm of creativity and political demystification. Here it is:


Save Jim Now
by SaveJim
—
A slightly different version of this essay was originally published at On the Commons, a network of citizens and organizations exploring new ways to achieve social justice, environmental harmony and democratic participation at all levels of society.