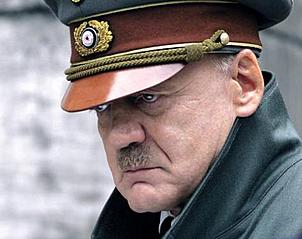 It's another Hitler remix! This one is from Critical Commons.

As Steve Anderson explains on Boing Boing: "The video is also promoting the fair use advocacy site Critical Commons, which is a fair use advocacy and media sharing site, funded by the MacArthur Foundation. This is currently the most radical media-sharing site on the open internet. Designed for media educators and students, Critical Commons makes high-quality, copyrighted media publicly available by placing it in a critical context and informing users about their rights under fair use."