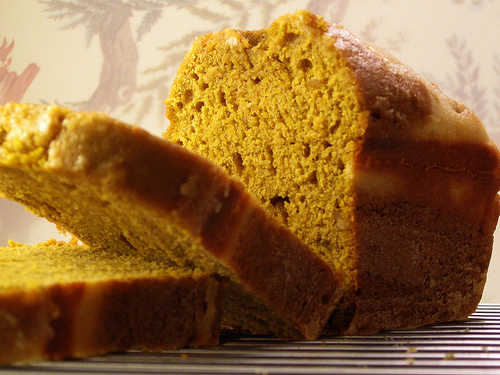 Freshly signed by the governor last Friday, the California Homemade Food Act (AB1616) clears the way for home cooks in the world's eighth largest economy to make and sell a wide range of products without the need to invest in commercial kitchen space or comply with the zoning and regulatory measures that govern larger producers and producers of meat and dairy products specifically omitted from this law. The stated goal of the legislation is to stimulate microenterprise development at the neighborhood level, and "to connect food to local communities, small businesses, and environmental sustainability" while protecting consumers from artisan foods that contain potentially hazardous ingredients like primarily oils, meat, and dairy. 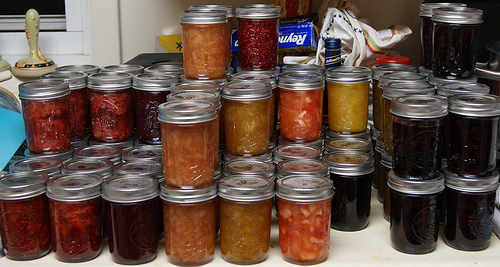 The selling of homemade jams and jellies are now covered in California under AB1616. Credit: Shanna Trim. Used under Creative Commons license.

Elected officials are beginning to grasp the potential economic benefits of products and business practices that Sharing Economy leaders have been promoting for years. The Sustainable Economies Law Center, who worked on the bill with a coalition of local food advocates, provides regular updates on Cottage Food laws and other policies supporting micro-entrepreneurship and addressing the grey area that sharing-based services and current community needs have on our existing policies.

Proponents of the legislation claim that existing zoning and food safety rules place an unnecessary burden on entry-level food industry entrepreneurs. To circumvent these barriers, forward-thinking foodies in one of the nation's most food-obsessed states have established shared community commercial kitchens and culinary incubators where small-scale producers can get a foothold in properly zoned and inspected workspaces. For example:

The sharing economy also has supported small-scale food producers by enabling alternative forms of capital investment. Commercial loans are out of reach for most cottage food businesses, but crowdfunding platforms like Three Revolutions (focused specifically on food ventures), Lucky Ant, Indiegogo, SmallKnot, Kickstarter, and Spacehive have enabled neighborhood culinary entrepreneurs by allowing them to by-pass the banking system and seek direct funding from individual supporters.

The California Homemade Food Act, which takes effect in January, allows these types of grass-roots culinary initiatives to divert some of their attention away from grappling with an old economy regulatory environment so they can focus more on putting people to work, strengthening communities, and putting good, local food on the table. Who can argue with that?