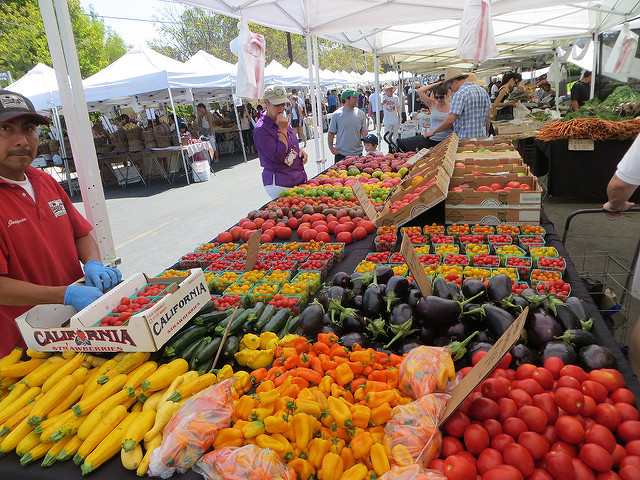 In 2012, the Sustainable Economies Law Center along with numerous active partners successfully advocated for the passage of the California Homemade Food Act (AB 1616, Gatto), also commonly known as California's "cottage food law." Thousands of small food businesses formed under the law during just its first year of implementation. However, the Homemade Food Act only allows certain "non-potentially hazardous" foods such as breads, pies, fruit jams, and other dried foods to be made in a home kitchen and offered for sale. The sale of hot meals, green salads, frozen foods, and many other foods prepared in a home kitchen are not allowed under the law. Many consumers and food producers alike would prefer for the law to allow sales of homemade foods that are currently not allowed under the Homemade Food Act.

Numerous technology start-ups have developed web-based platforms that advertise home cooked meals for sale. Some offer consumers the chance to dine at the cook's home, while others invite consumers to pick up a take-out meal from the cook's home. Some tech platforms focus on providing deliveries of food — whether homemade or not. These platforms have been called "the Airbnb of food" or "the Uber for food" such as in The Atlantic. Many of these start-ups have received large investments from private investors who likely hope to receive large profits from the enterprise despite the fact that these home-based food enterprises are not exactly legal.

Policy Proposal For Legalizing Sales of Homemade Food in California

Without altering the regulatory framework already established by the California Homemade Food Act for "cottage food" enterprises, the state Health and Safety Code could additionally allow homemade food to be offered for sale under a separate but similar regulatory framework designed for sales of hot meals and other more perishable foods. Like under the existing law, environmental health departments would provide permits to home cooks that would ensure any cook has undergone robust, safe food handling training and that their home kitchen is maintained in a sanitary condition. Kitchen inspections would be conducted once per year, or as needed, at the discretion of local environmental health departments.

Selling through web platforms: If a home cook sells meals through a third-party web platform that is designed specifically for selling food, it must be one that is permitted and structured as follows:

Regular shareholder-owned corporations would not be permitted to operate web platforms dedicated to selling homemade food.

Why Limit the Ownership Structure of Web Platforms to Cooperatives, Nonprofits, and Government?

In the tech economy, third party web intermediaries tend to hold a large amount of power over both workers and consumers, particularly because the dominant business model of tech companies is to raise a large amount of money that enable to company to grow rapidly and quickly control the lion’s share of their market. This keeps competition at bay and provides lucrative return to shareholders, if the enterprise is successful.

Last year in Austin, Texas, the third largest worker cooperative in the country was launched. This came at the culmination of two years of cab drivers organizing against exploitative practices by the taxi companies, and lack of cooperation on the part of Uber and Lyft with regards to simple proposed regulations such as background checks and fingerprinting. The cab drivers ultimately organized a ballot initiative, which passed successfully, effectively kicking Uber and Lyft out of Austin. Once Uber and Lyft were out of the picture, cab drivers launched ATX Coop Taxi — a driver-owned cooperative — which competes with other taxi companies in the Austin area. The cooperative came to control one-third of the taxi permits on the market just one month after launching. A key takeaway from this story is that had Uber and Lyft not been driven out by local organizing, the cab drivers may not have had the time and space to develop such a successful cooperative. Once international corporations such as Uber and Lyft become so large and control so much of the market, it becomes nearly impossible for local, community-based solutions to emerge and thrive in their shadows without government intervention.

Similarly, in Belgium a few years ago, a food delivery app called Take Eat Easy secured millions in venture capital and seemed to be the "latest and greatest" app. However, it suddenly went bankrupt last year. Many of the food delivery couriers (who deliver by bike!) organized a cooperative delivery app of their own, addressing many of the shortcomings in service of the old app and the market opportunity that was left unfilled. The organization of the cooperative was enabled by the collapse of the regular capitalist delivery app. Read more about it on the platform.coop blog here.

Even more stories about developing platform cooperatives can be found in "11 Platform Cooperatives Creating a Real Sharing Economy" by Cat Johnson. California can look at these "sharing economy" stories and learn from them to develop sensible policies in the homemade food sector, among other areas of the economies dominated by web platforms.