Have Your Cake and Sell It, Too - Shareable
Skip to content 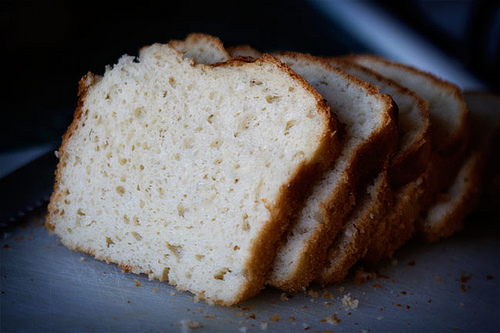 A few days ago, California took a step toward joining the 31 other states in the U.S. that have cottage food laws which allow people to sell certain foods made at home. If passed, the proposed California Homemade Food Act will open up delicious new possibilities for micro-enterprise. Many people are surprised to find out that it's illegal in their state to bake a cake or a loaf of bread in their home kitchen and then sell it to a friend. But, that's the reality of current health and safety laws in California and in 18 other states. The laws have created such barriers to the small-scale enterprises that many people are now questioning whether our laws have gone too far.

Anyone who has looked into the options for renting commercial kitchens knows that they can cost $30 per hour or much more, if such kitchens are even available for rent nearby. Building a commercial kitchen with all the necessary equipment for basic washing, baking, cooking, and storage can easily cost over $100,000. This is due, in part, to the stringent requirements for plumbing and equipment in commercial kitchens, as dictated by many state-level laws.

Cottage Food Laws — sometimes referred to as Baker’s Bills or Homemade Food Laws — permit people to sell certain foods made in their own home kitchen. These laws allow individuals who are interested in running their own small food business to get started developing a customer base and earning some money to supplement their income, or to save up for expanding into a regular commercial kitchen. Removing the significant financial and logistical barriers of having a commercial kitchen makes starting a food business more accessible and more feasible for a greater number of people. It also gives consumers more access to a greater variety of homemade, healthy, artisan, and unique foods at their farmers’ market, local stores, or right in their neighborhood. 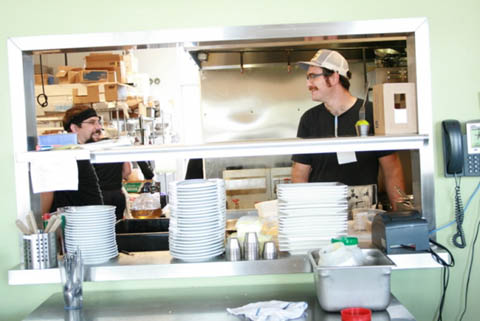 Cottage Food Laws typically allow for baked goods, such as cakes, cookies, pies, breads, and most candies, but usually exclude anything with uncooked dairy (such as cream and custard fillings) and meat. Most allow jams and jellies. Many also allow other non-perishable foods like seasoned popcorn, honey, dried fruit, chocolate covered nuts, and prepared blends of teas, herbs, spices, nuts, and other dry goods that do not require refrigeration.

“The consensus across the country is that there shouldn’t be so many restrictions on people who are producing non-potentially hazardous food in their own kitchens,” says Mark Stambler, a bread baker in Los Angeles, California, who was baking whole wheat bread in his hand-made brick oven in his backyard. Stambler was selling to local shops until the L.A. Health Department put an end to it. Debra Baretta has been operating her own gluten-free, vegan, organic baked goods business, Mama Baretta, in Penngrove, California, and explained to us how difficult it is to rent commercial kitchens while ensuring her products are not contaminated with gluten ingredients: “I cannot find a gluten-free kitchen to rent, so I must use the rental kitchens during off hours to make sure there is no contamination from gluten and soy flours. My home is completely gluten-free! That's a guarantee!” Though her products are gaining popularity in local farmers’ markets and grocery stores, the kitchen rental fees of $30 to $75 per hour cut into her profit margins so much that she’s been struggling to keep her small business afloat. 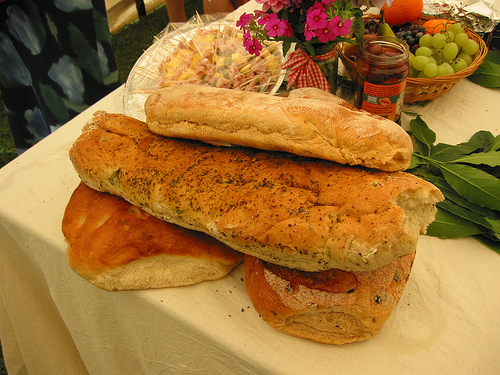 Homemade bread loaves are but one of the foods covered under cottage food laws. Photo credit: Paul and Aline Burland. Used under Creative Commons license.

Irene Peña, Executive Director of Proyecto Jardin, a food justice advocacy organization based in the Boyle Heights area of Los Angeles, believes a Cottage Food Law is one antidote to the ubiquitous presence of junk food and “would increase access to good, quality food in underserved communities by empowering local residents to prepare fresh and healthy, culturally relevant foods that typically do not contain harmful chemical additives and preservatives."

Interested in starting your own cottage food business? First, find out if your state has a cottage food law and what foods you can make and sell under that law. The Home-Based Baking website offers a lot of helpful resources for people thinking about getting a baking business started from home. If your state doesn’t yet have a cottage food law, we suggest that you build a coalition of interested stakeholders and find a legislator interested in introducing a cottage food law. That’s what the Sustainable Economies Law Center did, by teaming up with the Los Angeles Bread Bakers and Proyecto Jardin in Los Angeles. We shopped our bill around to a few different legislators, and the bill was ultimately authored by Assemblymember Mike Gatto (D – Los Angeles). To follow along with developments with the California Homemade Food Act, AB 1616, and to support the campaign, please visit www.cottagefood.org.