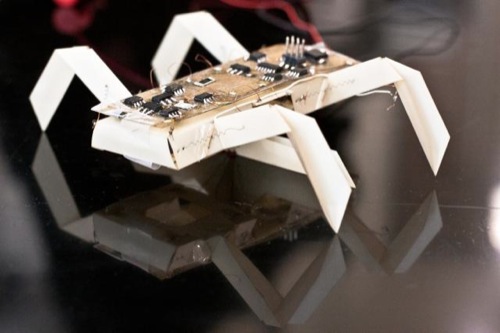 You don't get much more Future Now than this: a 3D printer that prototypes and fabricates specialized robots within hours. Developed at MIT's Computer Science and Artificial Intelligence Lab (CSAIL) thanks to a $10 million grant from the National Science Foundation, the CSAIL Project aims to democratize the design and production of robots generations beyond what is possible with off-the-shelf parts or hackable kits like LEGO's Mindstorm. Following current trends in robot design, the prototypes CSAIL demonstrates in this video look far more arachnid than Robbie the Robot: these aren't automatons that will make your grandmother a cup of tea, but they are impressive, sophisticated machines coming from a device that may be common in hacker- and makerspaces within a few years.